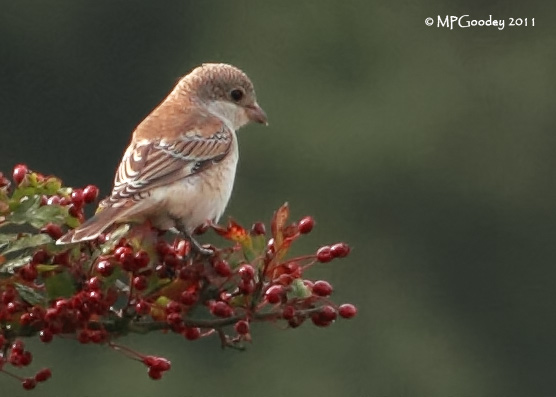 Juvenile WOODCHAT SHRIKE at Helvear Martin Goodey
I arrived at Helvear Farm to find Martin already watching the juvenile WOODCHAT SHRIKE on the wires above the fields. Although it was on view, in the half an hour that I was there and showed well, it was always too distant for the cameras. There were also singles of Sedge, Reed and Willow Warbler at nearby Newford Duck Pond 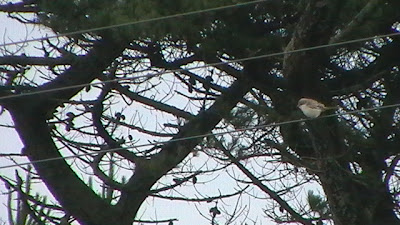 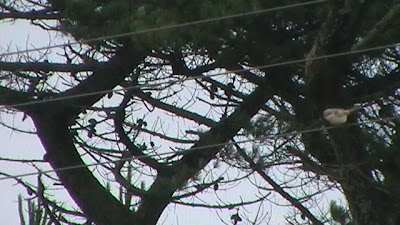 The Woodchat was always too bloody far away
Before seeing the shrike, Tean with her cousin, pitched up a tent at Deep Point. In between the times we played 'Who wants to be a Millionaire?' and eating food and with the wind from the SW, I had a look out to sea now and then and was rewarded with a single Sooty and 5 Manx Shearwater. 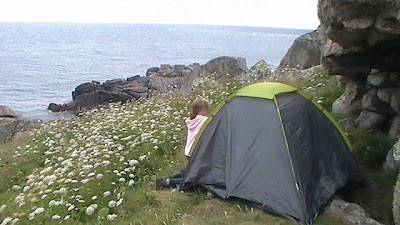 Camping up at Deep Point for a few hours 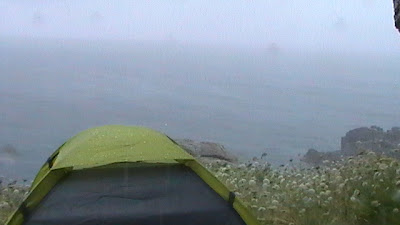