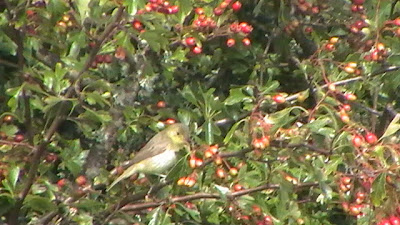 
Overnight rain with SE found good numbers of migrants this morning. Driving to work, both Whitethroat and Willow Warbler flew ahead of me. For me, I had to wait until the afternoon and tried Maypole. The first fields that I came to had up to 8 Spotted Flycatcher,1 Pied Flycatcher, 3 Wheatear, 3 Willow Warbler and a single Chiffchaff. However, it was not until I got to Green Farm and found 5 Whitethroat, 6 Willow Warbler and a ICTERINE WARBLER! I first saw the latter bird briefly in the bracken, although distant, it did show on and off for a few minutes that I observed before hoping over the hedge into the next field. I called the guys immediately and when they arrived, despite a brief search, there was no sign of it. 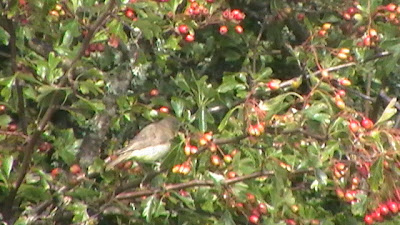 Not the best shot of  Icterine Warbler 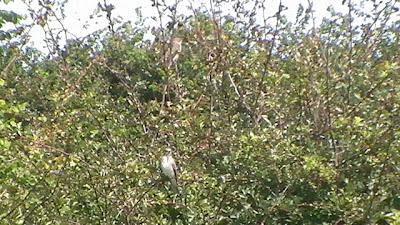 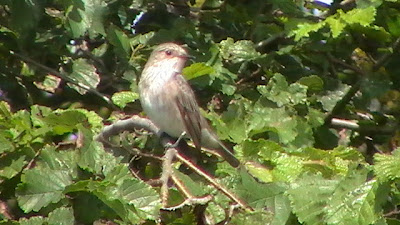 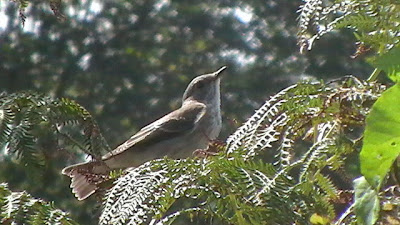 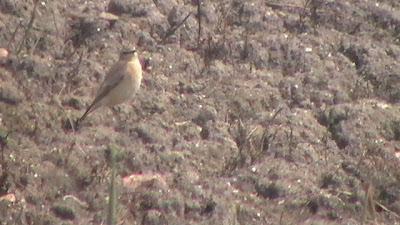 Up to 8 Spotted Flycatcher and 3 Wheatear were at Maypole

Later I had a walk around the Garrison and had a total of 7 Whitethroat, 5 Blackcap, 15+Willow Warbler and only 1 Spotted Flycatcher. 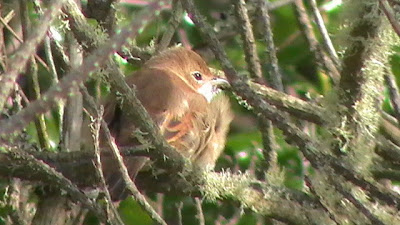 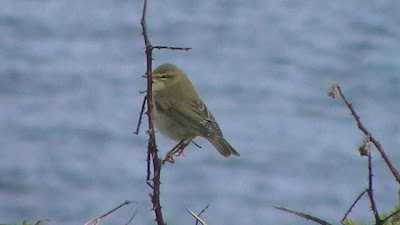 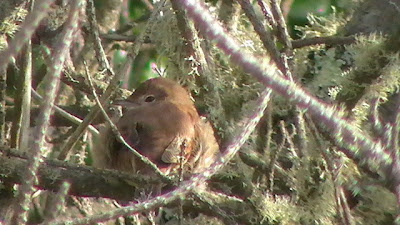 7 Whitethroat and over 15 Willow Warbler were on the Garrison