This morning before work, I had just started walking the dead pine walk on the Garrison, when I came across the WESTERN BONELLI'S WARBLER. For the next hour the warbler was active feeding at very close range and on view all the time. It was also very vocal, chased off the local Dunnocks and when it had finished at one end of the pine walk, it would make it's way back again. When I returned an hour later, MMartin was there and so was the warbler, still mobile, up and down in the same pines. There was also a Pied Flycatcher, Whitethroat and Willow Warbler present. 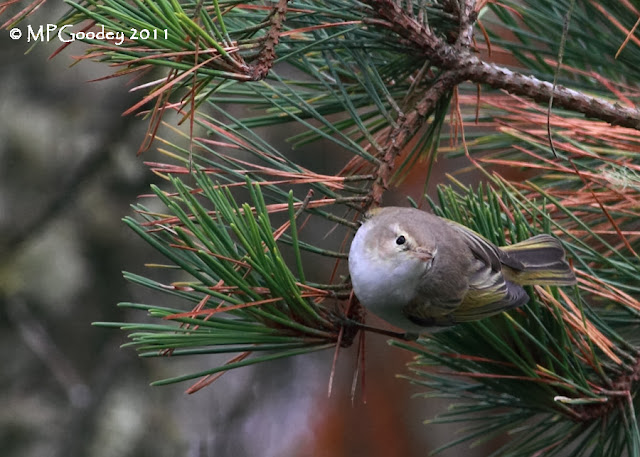 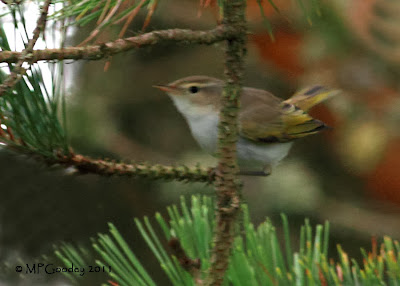 BONELLI'S WARBLER by martin goody
Thunder arrived Mid-afternoon, followed by a heavy down pour. A brief look at Green Farm produced 3 Whitethroat and 1 Willow and Garden Warbler. At Porth Hellick I watched a Wood and Green Sandpiper fly out NE, but not together and there were also a single Water Rail and Swift.
Posted by scilly spider at 8/20/2011 11:01:00 pm