Want a day! It started off with a Wood Sandpiper at Lower Moors. At 08.00 I was at the Garrison and located the WRYNECK on the main track down to the Randi'c. I then made my way up towards the pig field and caught the back end of a large warbler fly into the brambles. After a short wait, it popped up briefly and proved to be the MELODIOUS WARBLER that been here since last Wednesday. There were also 3 Whitethroat, 5 Willow Warbler, 2 Chiffchaff, 2 Spotted Flycatcher and 1 Blackcap in the area. 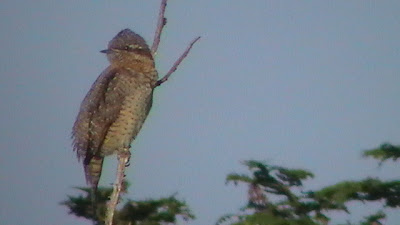 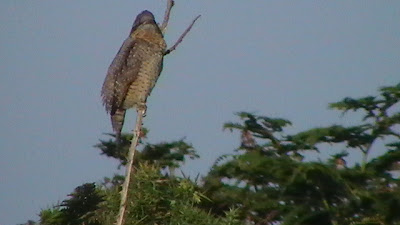 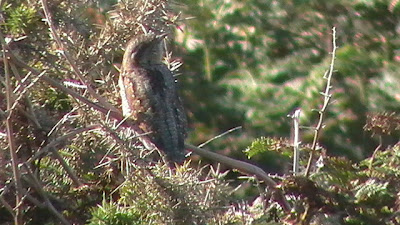 At 10.00 the overcast skies gave away to a very hot day and I was on the boat to Tresco. Tony joined me and and after looking at the Great Pool we were pretty disappointed. The juvenile Ruff was still present from last week, but there were 1 Green and 5 Common Sandpiper, 18 Greenshank,11 Redshankand 1 Teal. In fact there was hardly no ducks present on the pool. Up to 4 Swift and 7 Willow Warbler were around the pool.
Was the Abbey Pool going to save us? We scanned from the side and all we could see was a single Common Sandpiper. Then we heard the call of a flava wagtail and watched it fly away from us. I told Tony to keep on it as I strongly suspected it was going to be a Citrine Wagtail, although it did sound a little different to other Citrine I've heard before. It came down and I quickly got the scope on it and calmly said, 'CITRINE WAGTAIL'! This bird proved to be very mobile and over the next hour we only saw it very briefly and distant. It was feeding with a juvenile Pied Wagtail and despite us searching, we could not find any of the wagtails. Tony had to go and join his family while I decided to look at the south shore and return later. At the latter site there were an adult Knot, 8 Dunlin, 10+Turnstone, 45+Ringed Plover and 80+Sanderling. When I returned to Abbey Pool, I found Higgo also looking for it and it was not for another hour until we relocated it. Higgo reminded me of the dog from the Churchill advert when he remarked "Oh Yes' and then his voice goes deeper like the ex-manager of Southampton, then England, back to Southampton and then to Northern Ireland, Lawrie McMenemy 'I can confirm that this is indeed a 1st winter Citrine Wagtail. I can also confirm that I have the deepest voice in the world. Oh yes' Yes well. By this time Viv Stratten had joined us and the Citrine was showing very well on the east shore of the Abbey Pool. A juvenile Mediterranean Gull also passed through. This is only my 4th Citrine Wagtail that I've seen. The first one I found myself in September '97 with the Tree Swallow finder, Jeremy Hickman. 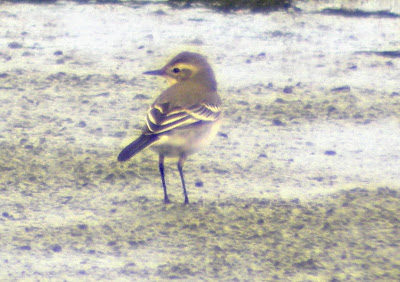 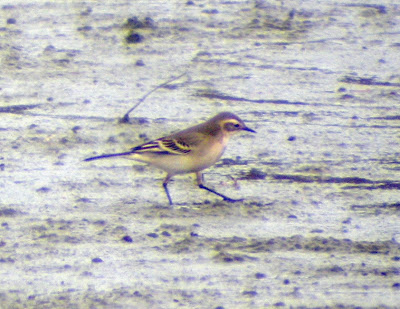 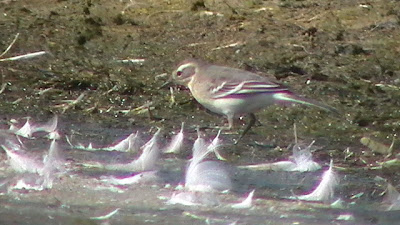 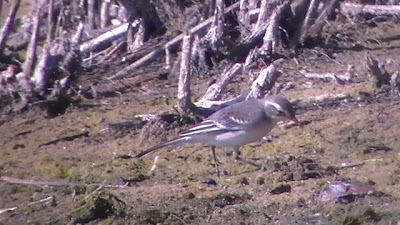