BEE-EATER finally gives itself up 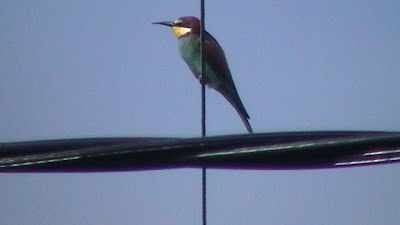 BEE-EATER at Trenowth showing very well
It was only a few minutes, but at very close range. I had to pick up a worker from the vines and on the way  I stopped off to have a look at Trenowth. As I got out of me wagon, there in front of me was the BEE-EATER! Since the 2nd July, when Robin and I saw it well on wires at Maypole, I have only heard or seen it very briefly in flight. It flew into a near pine out of sight. I moved into the field to try and see if I could see it, when it started calling. I could not make it out where it was and after ten minutes, gave up and went deeper into the field. As I was speaking to Higgo on the phone, I flushed the bird in front of me in a small Elm at very close range, having no idea it was there, and got cracking flight views as it flew across the field and out of sight.
This individual has been present on Scilly since June and could prove to be the longest staying Bee-eater to be recorded in Britain, if you don't include the breeding birds. 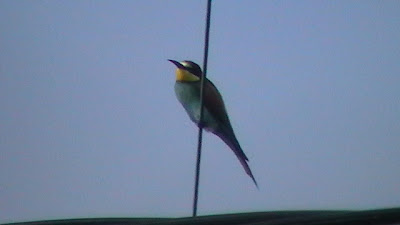 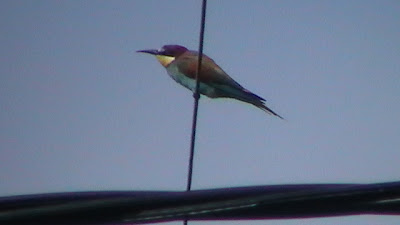 A morning walk around the Garrison produced 5 Whitethroat and Willow Warbler, 2 Blackcap and 1 Chiffchaff. Later Ritchie and Tony relocated the Bonelli's Warbler in the same area as yesterday. 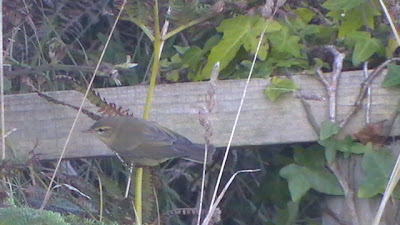 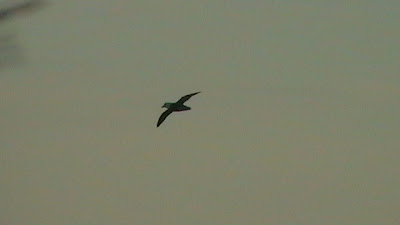 Willow Warbler and Fulmar at the Garrison 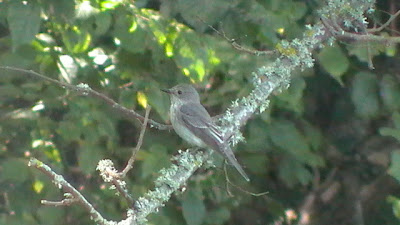 up to 6 spotted Flycatcher, 5 willow and a single sedge warbler were at Salakee 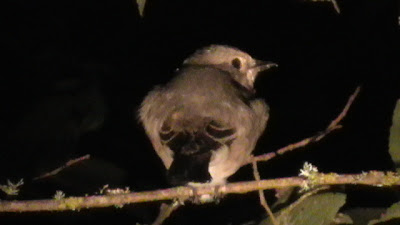 Overnight this Wheatear roosted in me garden 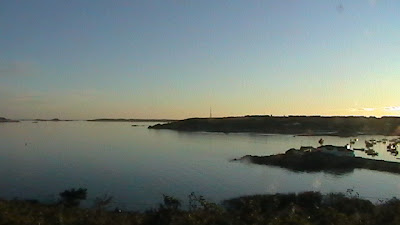 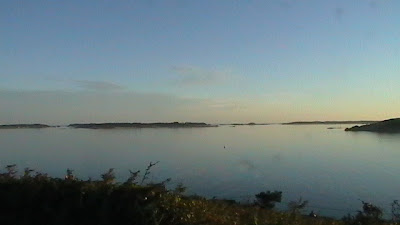