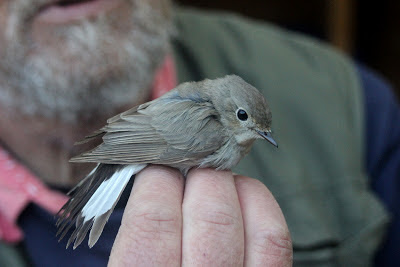 
Just after 07.00, El and I  arrived at Porth Hellick to join up with Jim at the ringing station. I stepped out of the wagon and Jim called to say that he had just trapped a Red-breasted Flycatcher! Ten minutes later we watched Jim release a House Sparrow and then out of a bag he showed us the flycatcher. I also heard my first Reed Warblers of the year! It's not that arrived late, it's because the weathers been crap and working long hours. 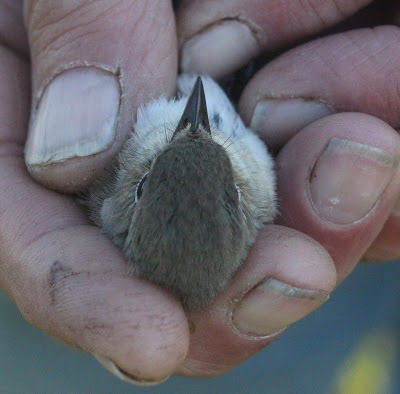 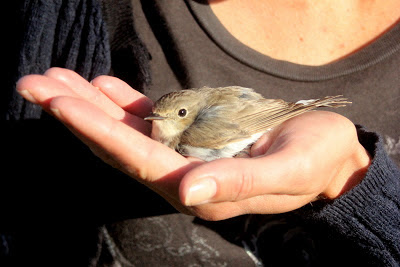 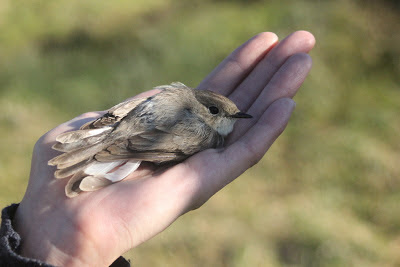 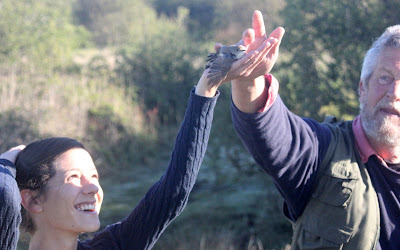 Elmarie and Jim releasing the flycatcher after it stayed in the warmth of El's hand very briefly. Jim is the one with the beard.
Mid-morning and we canoed to Tresco in the bright warm sunshine. The only birds of note were 5 Swift, 1 Common Sandpiper and the 2 local Buzzard. However, on Samson there were 7 Dunlin, 6 Wheatear, on the beach, 2 Yellow Wagtail and while were sitting on the beach, 6 Black-tailed Godwit came in and landed in front of us. 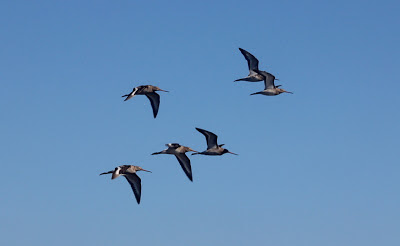 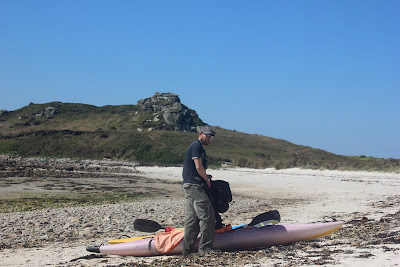 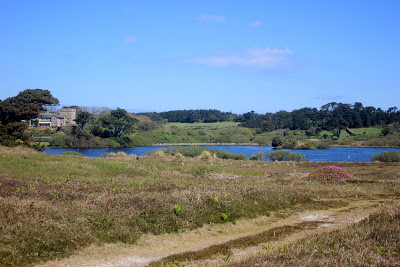 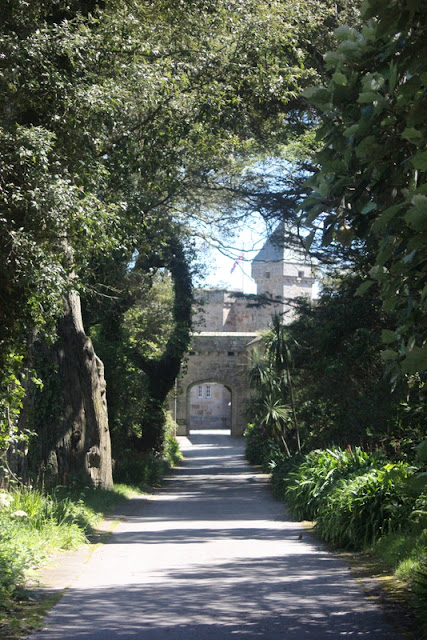 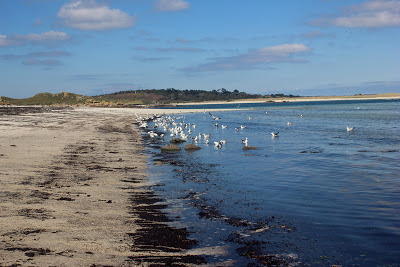 Landing Beach, Samson with Tresco in the distance 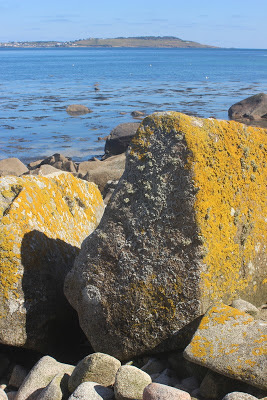 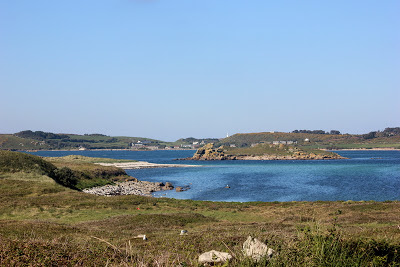 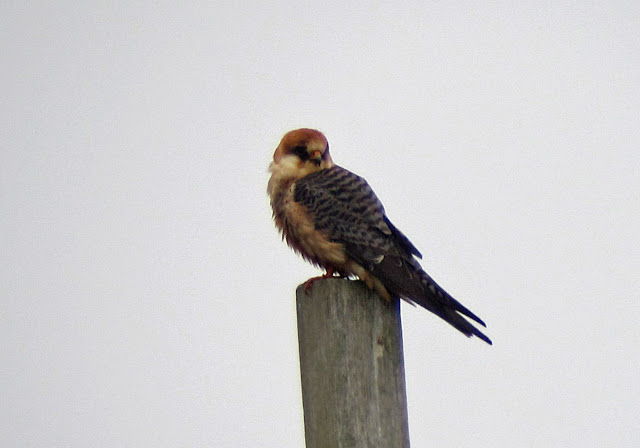 This Female RED-FOOTED FALCON was on St Martins and was discovered by Viv Jackson in the sheep fields near Middle Town, 25-26th April, and was only the 7th Scilly record. The last sighting was nearly 20 years ago when Ren found a female at the wood pile on Tresco in June '95. Robin mawer

Unfortunate, because of work, there was no chance of me going for this one and it was too choppy to paddle over to St Martins in the canoe when I finished. Nic Hallam's found a cracking male Western Subalpine Warbler at Carn Vean and nearby the female Woodchat Shrike at Pelistry was present until mid Mat. 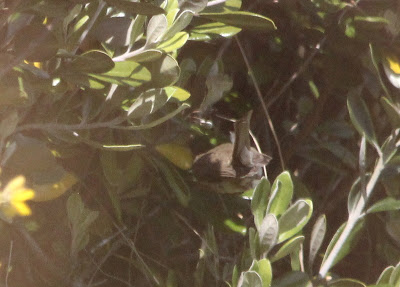 I had very brief sighting of the Subalp with 925. 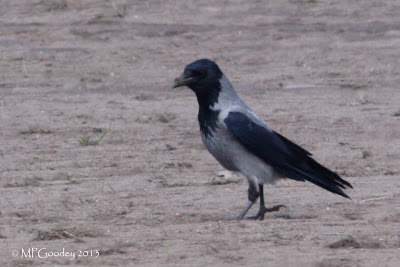 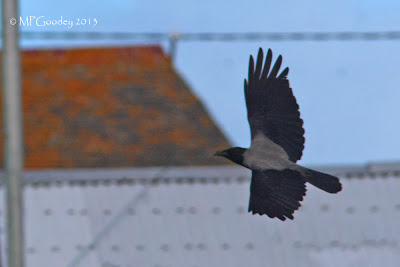 Before we arrived at Carn Vean, Martin got this HOODED CROW nearby and was only the 6th Scilly record! That's rarer than the falcon!

I was at this show! Alexi blew me away! After they had finished on came Ben Harper and if the camera tiltered slightly right you would of seen me standing with the Smashing Pumpkins! A night I will never forget. Oh yeah, Goldie Hawn was also by my side! Someone had to point her out to me or I wouldn't of had a clue who she was.
Posted by scilly spider at 5/26/2013 10:12:00 pm No comments: