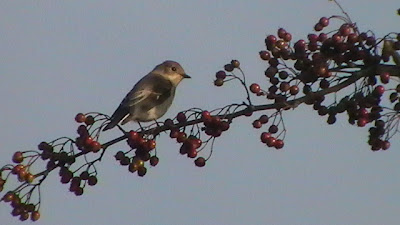 Pied Flycatcher at Green Farm
On the way to work this morning I stopped off at Lower Moors. Walking along the main path towards Shooters Pool I thought I heard a GREAT SPOTTED WOODPECKER distantly. The next thing I know, it's in a Elm making a racket just above my head. I try to see it, but all I see is a silhouetted woodpecker flying off towards Rose Hill. Here on Scilly this is a lot rarer than both Bonelli's Warbler and Citrine Wagtail, but in the last five years it has become annual with an individual present throughout last winter and early spring.

At the Garrison most of the birds had moved out and there were only two of everything. 2 Whitethroat, Chiffchaff, Willow Warbler, Goldcrest and a single Dunlin flew over east. 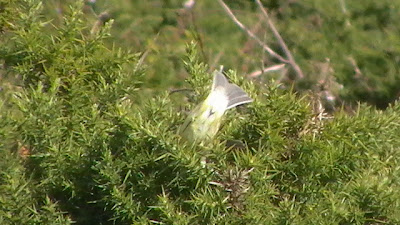 Willow Warbler getting stuck into Gorse
In the afternoon I made a brief visit to Higher Moors and here found that there were a lot of migrants around including 5 Sedge, 15+Willow Warbler, 10+Chiffchaff and 5 Blackcap. 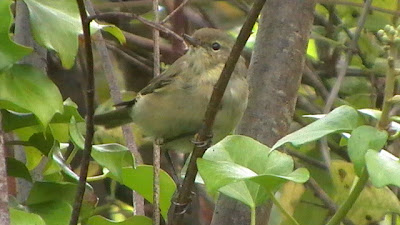 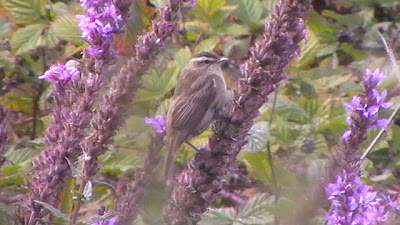 Chiffchaff and Sedge Warbler at Higher Moors
After work I went to see Martin at Holy Vale as he had a Pied Flycatcher showing well and heard the Bee-eater. I finished watching 3 Mediterranean Gull showing very well for ten minutes over Sandy Banks catching flies with over 40 Black-headed gull. As soon as I got out of me wagon at Martin's, I could hear the bloody thing. I ran to Martin's and both of us leaned on the gate looking over Holy Vale. With in minutes the Pied Flycatcher landed right in front of us. Then with my naked eye i could see the BEE-EATER high in the sky, heading towards us. It flew overhead towards Borough Farm, briefly being mobbed by a swallow. Martin told me that he had 4 Pied flycatcher at the back of his house. It was obvious that birds had arrived during the day and with that in mind i set off to Green Farm. Here there was a single on the main track. This was followed by another with a Spotted Flycatcher at Salakee. 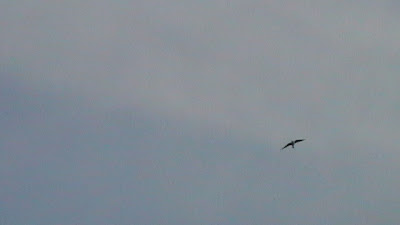 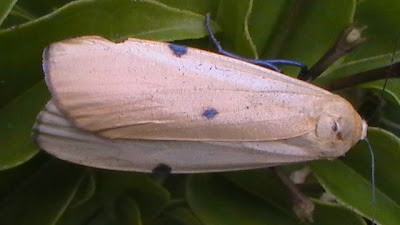 Female Four-spotted Footman trapped overnight in Martin's garden. Martin has trapped over 30 males and only 3 females. 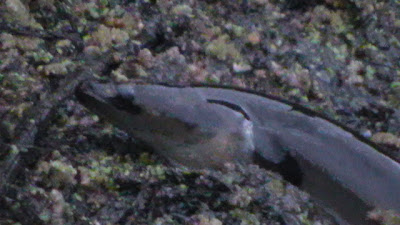