WESTERN BONELLI'S WARBLER at the Garrison 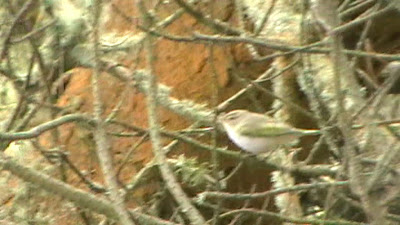 The wind had changed to a NE by this morning with overcast skies. A stroll around the Garrison could only produce singles of Whitethroat, Blackcap and high in off the sea, 2 Tree Pipit. A Green Sandpiper was heard and 8 House Martin flew south out to sea. A lot of birds from yesterday seemed to have cleared out.

Just before mid-day, I got call from Robin telling me that he had just seen a shrike very briefly near the   Woolpack and strongly suspected that it was a juvenile Woodchat! I was way too busy, but Ritchie, Tony and Higgo were on there way to help Robin search for it. Bev, a regular visitor, joined them and found a Wryneck in the same area as the shrike. 13.30 and I finally made it up to the Woolpack to find that everyone had gone. I had a look for the WRYNECK and moved on towards the main track towards The Stevel. I kicked a Water Rail off the path and 3 Whitethroat, 2 Willow Warbler and my second Whinchat of the year all popped up. Also a Migrant Hawker was in the area. I continued onwards and high up in a pine to my right, I could see a phyllosc warbler fly catching. I put my bins up, 'Bloody ell, BONELLI'S WARBLER!' With in a seconds it was gone. Frantically I looked to where I thought it had gone and relocated it with in a few minutes. I put the news out and with in minutes, Robin, Ritchie and Martin arrived and we all observed the bird on and off showing very well, at times, at close range. In the 45 minutes that we observed we only heard it twice to confirm that it was, as suspected, a Western Bonelli's Warbler. This is my 8th Bonelli's that I've seen, all on Scilly, and includes a bird that spent a week in the same pines as the one I found today. 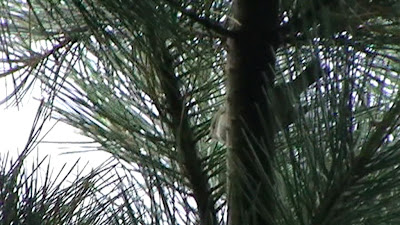 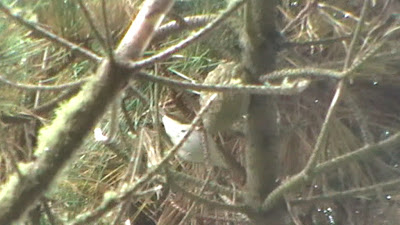 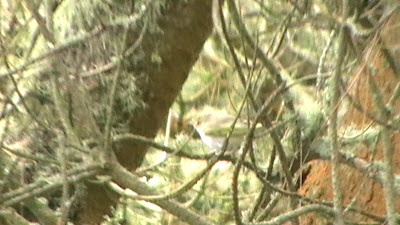 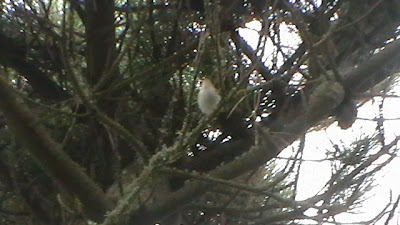 Note the silky white underparts. This bird was very active and although it showed well it was hard work trying to keep up with it with a video recorder.
James Siddle, an old mate who lived on St Mary's from '96-'01, arrived today. He spent the day with Ren on St Agnes, where they connected with the Bee-eater. When he lived here, he found some bloody good birds including my first Sardinian and Boneille's Warbler. The latter was a singing male at Parting Carn in May '97. It was good to see you James. 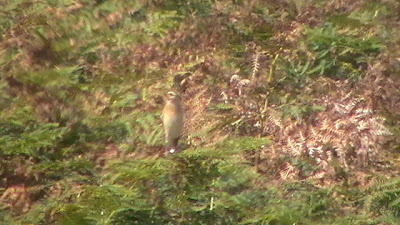 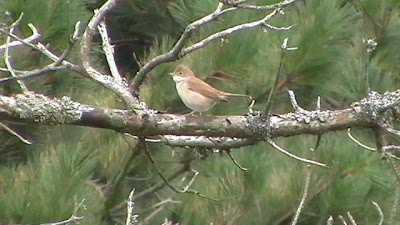 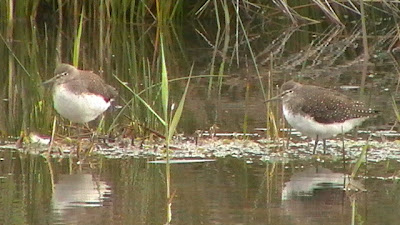 2 Green Sandpiper at Lower Moors where there were 2 Whitethroat 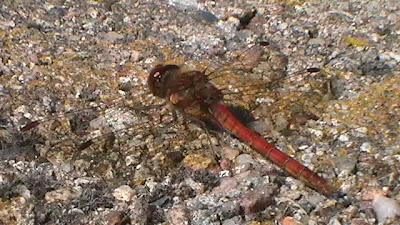 This male Common Darter was at Porth Hellick and nearby at Carn Friers there were 2 Spotted Flycatcher, 2 Whitethroat and 4 Willow Warbler 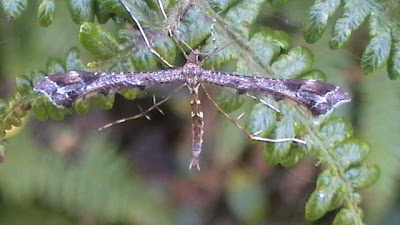 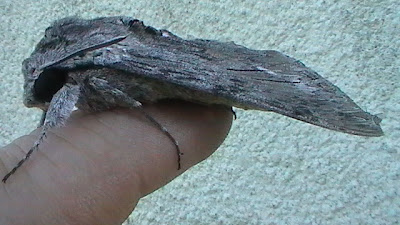 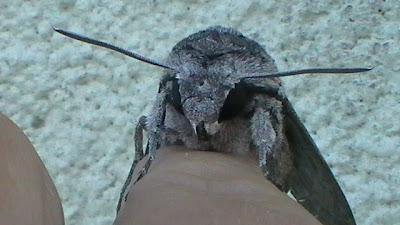 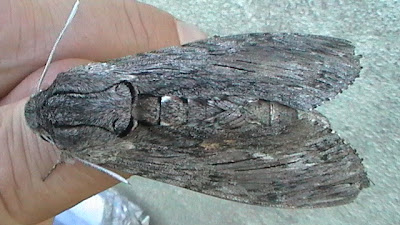 Mick showed me Convolvous Hawkmoth, my first of the year, that was found at Park House in Hugh Town 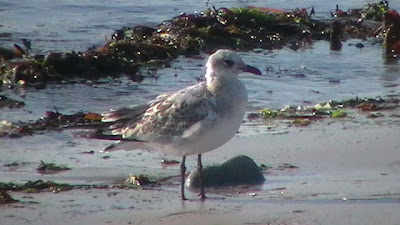 There were up to 3 juvenile Mediterranean Gull, 27 Sandwich Tern and a single Wheatear at Porthloo 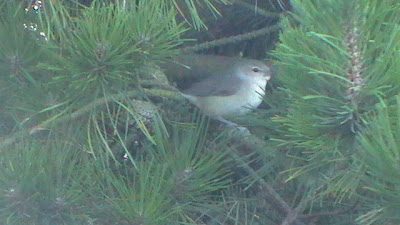