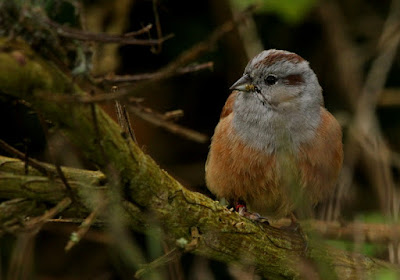 Yesterday morning I searched for the Short-toed Lark on the golf course that was found the day before but there was no sign of it. In the cold foggy conditions, I made my ways to Porth Hellick. Here a Lesser Whitethroat and the Cetti's Warbler showed well and there were 2 pairs of Tufted Duck on the pool. 43 Golden Plover flew over the bay towards the airfield. I had a quick look at the Higher Moors end of Holy Vale for Graham Cundales Grasshopper Warbler that he had earler but it had shut up when I got there. 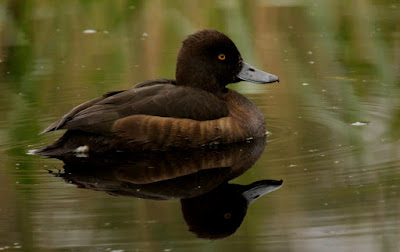 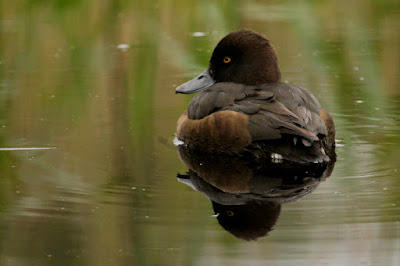 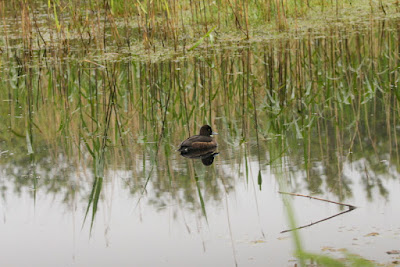 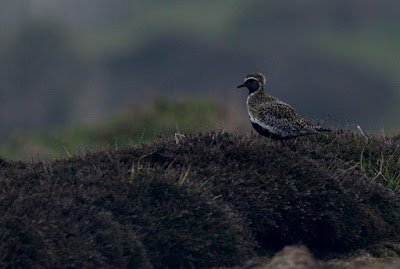 Eating a late breakfast, news broke of a Rock Bunting behind the Woolpack, Garrison. Jo and I dropped everything and drove the minute walk down road only to be told it had gone missing by Higgo. It was an hour later that it was relocated and that's when everyone connected with it. However, when photos were put on the Scilly Bird News WhatsApp group, it was immediatly pointed out by James Lidster that Godlewski's Bunting could not be ruled out. This was quickly followed with 'Appears to have a ring on it's right leg' by Sam Viles. That it did and a red metal one with writing on it and now it was looking like we had been chasing a bird from out of a cage!!

The bunting was never seen again that day until this morning. Driving up the track into the Star Castle garden, there it was! Infront of me wagon, feeding in the middle of the track. Guests flushed it but ten minutes later it was back on the track. Again it was flushed and flew into nearby bushes where I left it as I had people in the back that I was taking to the airport. That was the last I saw of it despite me driving up and down the track throughout day. I did have 2 Tree Pipit and Sand Martin fly through instead. 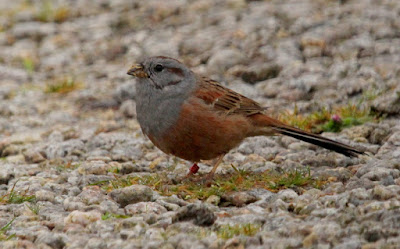 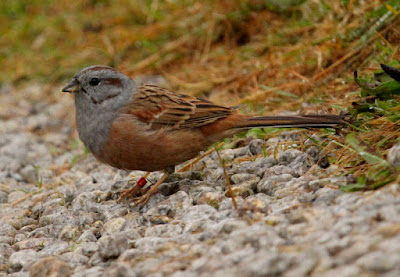 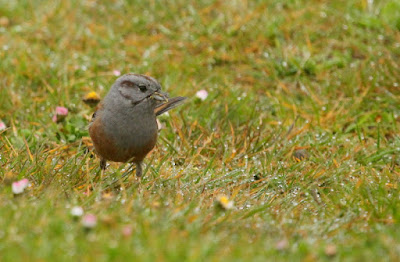 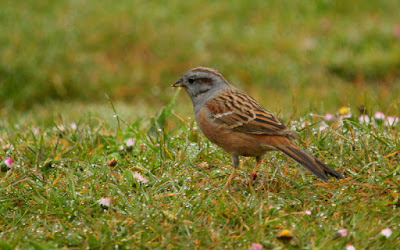 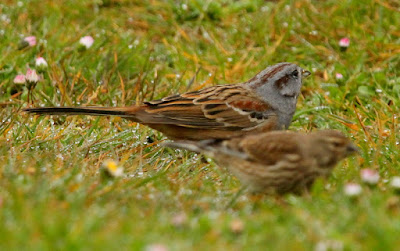 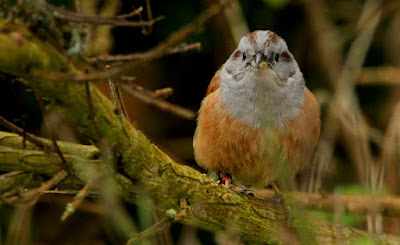 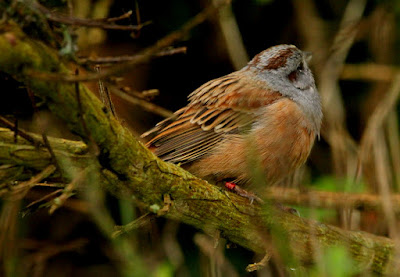 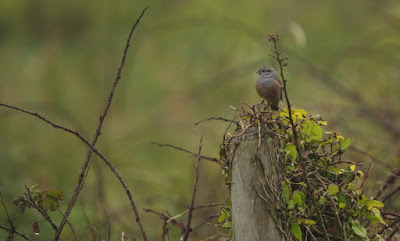 This afternoon when the fog cleared, Will Scott had a brief ring-tailed Montagu's Harrier and a high flying Purple Heron over Porth Hellick towards Lower Moors. After work, Jo and I went for a walk around Trenowth and got a flock of 5 Tree Pipit followed by 3 Whimbrel and 2 Tree Pipit at Bants Carn.

The Woodchat Shrike was still on Bryher 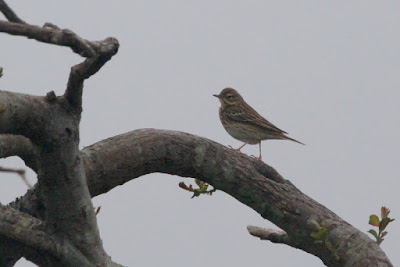 Altogether we had 7 Tree Pipit between Trenowth and Bants Carn