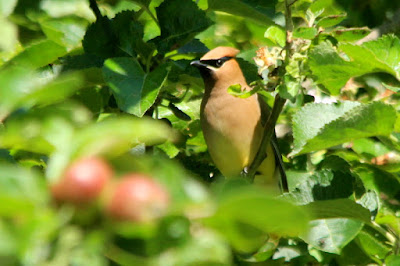 11.45 I was driving to airport when Nigel Hudson called to tell me that Maggie Tucker has got, by her description, either a Waxwing or Cedar Waxwing in her back garden! I wasn't expecting to hear that. I thought it was more than likely going to be the latter and called everyone to get down there. After dropping the folks off at the airport, I rushed down to Trench Lane and went into the back garden with Nigel. Immediately I said, there it is and got my bins on it and calmly said, 'it's a CEDAR WAXWING! Within seconds it flew off with a quiet shill, into some Willows. Nigel ran off and I heard Martin fly past on his quad. I ran out to where he was and beckoned both him and Robin into the garden. This time Martin picked it up and it showed a lot better, but as more locals arrived, it moved deeper into the apple tree and only parts of the bird could be seen, now and then. I could of continued to observe it, but I went to get Higgo, dropped him off and then returned to the airport. He missed it by seconds and for the rest of the day it was never seen again. 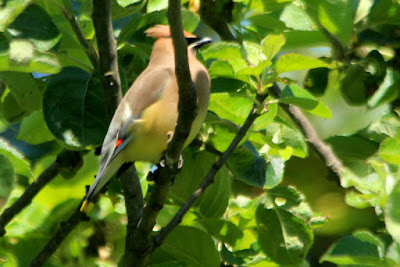 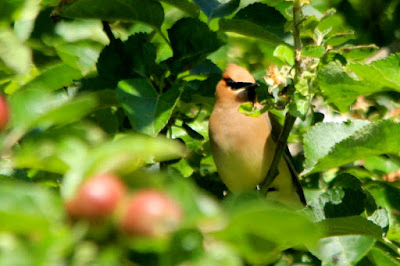 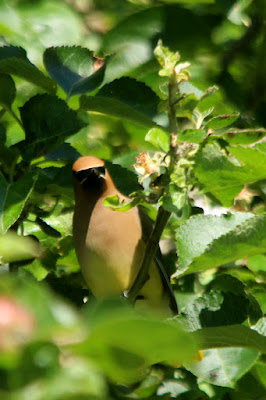 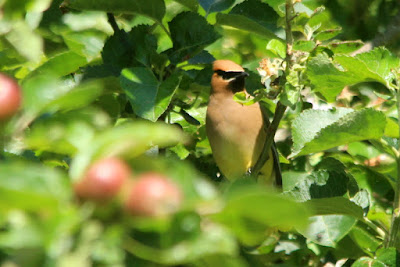 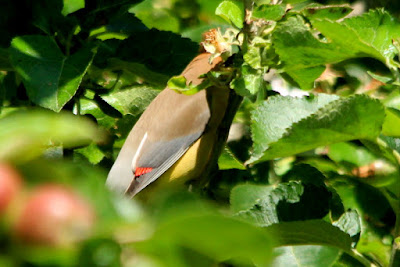 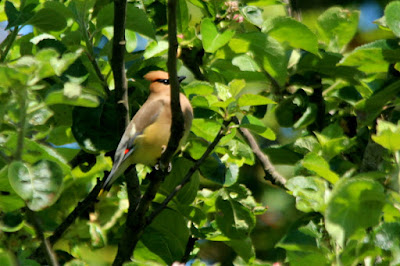 I guess this is the same bird that was seen at Rose Hill 17 days ago.

The only other bird of interest seen today was the long staying sub-adult COMMON CRANE on Annet. On Bryher, there has not been any records of Slow Worm for some years until today when Bob Dawson found one.
Yesterday the 3 Bee-eater were at lower Town Farm, St Agnes and the adult Purple Heron was at Porth Hellick. 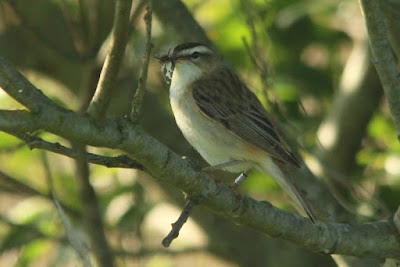 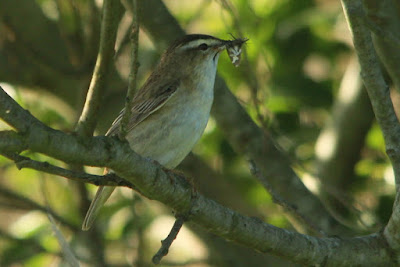 Sedge Warbler with a Clouded Border at Porth Hellick


Powerful stuff by these great guys. 'I like to knock his fxxxx teeth out' 'Neil Young can stick it up his ass' Reaction from his fans when he sang this song in Texas. Half of them walked out. This was just like when I went to see Kris Kristofferon in the 80's and 1000's walked out when he started singing powerful polictical songs against the British and American governments. It turned out to be one of the best gigs that I've been to and as a result of folks walking out, we all got a front seat!
Posted by scilly spider at 6/19/2015 11:27:00 pm