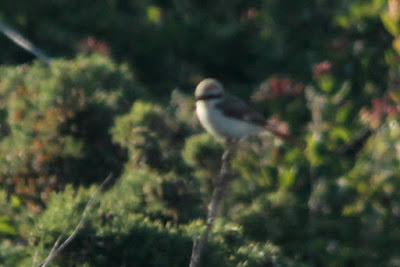 Record shot of the adult male TURKESTAN SHRIKE on The Plains, St Martins

This afternoon,Will Wagstaff saw very briefly, a shrike sp on The plains of St Martins. Later Viv Jackson went to have a look and observed that it had a red tail and it was identified as a Isabelline shrike sp. I arranged a rib and just after 18.00, we made a beach landing and met up with Viv. He took us to the sight where he last saw the shrike. Chesney, Will Scott, Robin and I were scanning for ten minutes in the area, when I decided to split and made my way down one of the paths towards the Great Bay. I picked the shrike up on top of New Zealand Flax, but it proved to be very mobile. I could see Will up above and beckoned him over with my arms. He raced down and managed to see the bird before it flew off into the sun where we both lost it. There was no reception, so I went off looking for the others. However, despite us all looking, there was sign of it and at 20.30, we were picked up at Lower Town Quay and returned back to St Mary's.
It was only when I returned after closing time from playing music in the pub, that I had time to look at info of the races of Isabelline Shrike and identified it as an adult male TURKESTAN SHRIKE, first for Scilly, which everyone, because of the time of year, highly expected it to be. 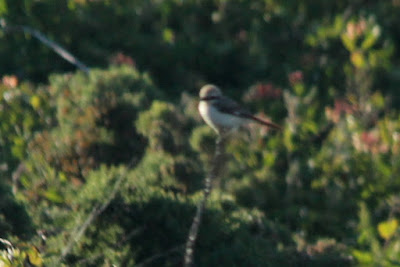 Hopefully Ren and Higgo will conect with it tomorrow and get better views. 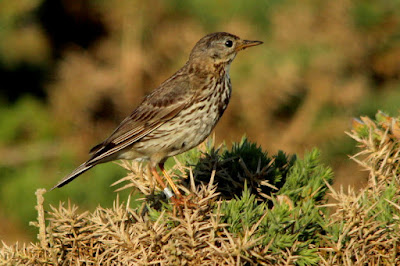 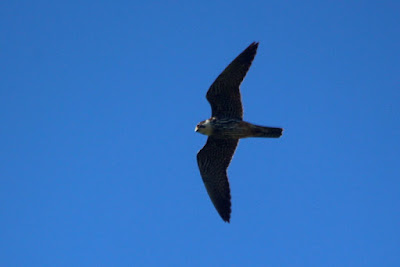 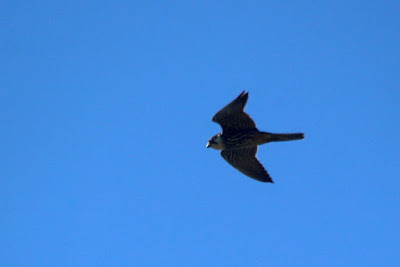 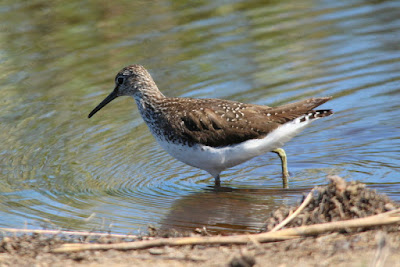 A few days ago at Lower Moors there were 2 hobby and Green sandpiper
Yesterday, Paul semmens had an Emperor Dragonfly on the scrape 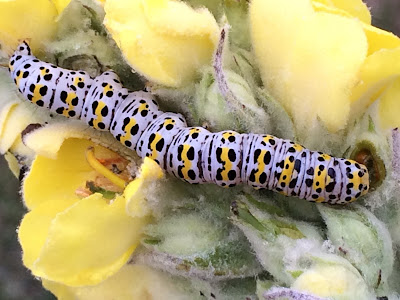 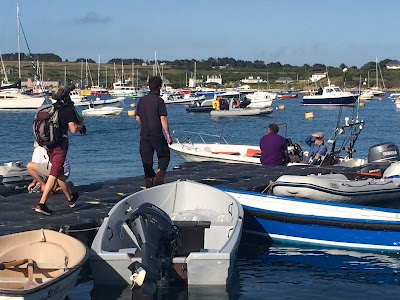 Just about to jump on the boat to twitch the shrike 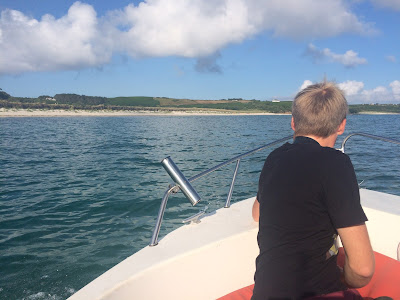 Coming in to do the beach landing 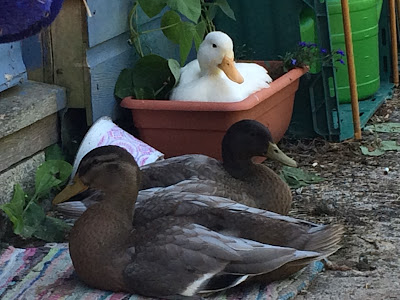 This morning I was awoken by knocking on my door. Not to my surprise, I found these three waiting to be fed. It's the first time they've done it, but I guess it will become a regular thing.


In the last post, I showed you fans walking out of a Neil Young concert, because of the song 'Let's Impeach the President for Lying'. This is the song that made 1000's walk out of a gig I went to and as the show went on, the songs got more and more powerful and political. This recording was at the same time that I went to see him and to this day, he still continues to sing these songs in front of 1000's, however, the folks don't walk out anymore!
Posted by scilly spider at 7/02/2015 11:54:00 pm