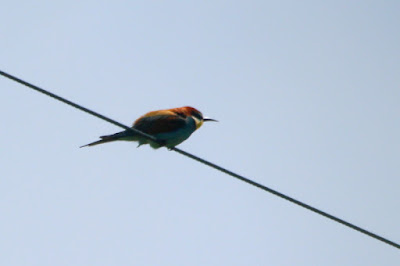 This morning, yesterday's 4 Bee-eater on St Agnes were still around the lighthouse area until 10.00 when they disappeared. Just before 13.00, Darren Mason called me to say that he had 3 Bee-eater on wires at Green Farm just by his garden. I informed everyone and picked up John Headman on the way up to the site. We found all 3 birds briefly on the wires before they all moved on towards Maypole. I went to get Will Scott at Telegraph, but before I got there he had all 4 birds on wires off Pungies Lane. Here they were vocal and proved very mobile and after ten minutes they flew off and later on they appeared back on St Agnes! The Mediterranean feel continued when I looked from the screen at Shooters Pool and flushed the adult Night Heron at very close range. I also got 3 wheatear at the airfield. 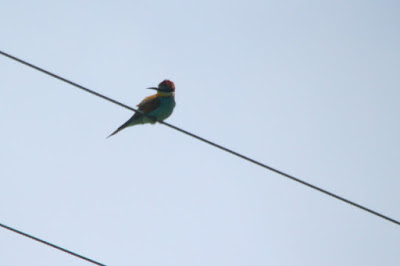 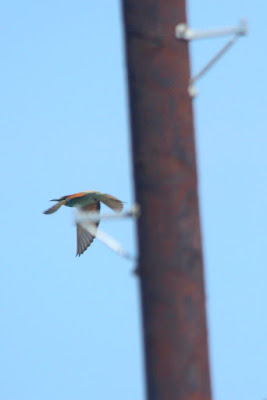 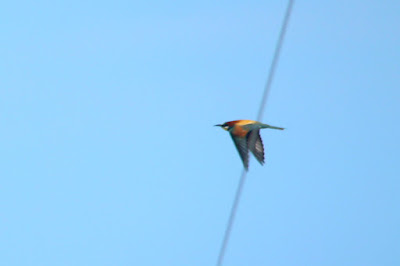 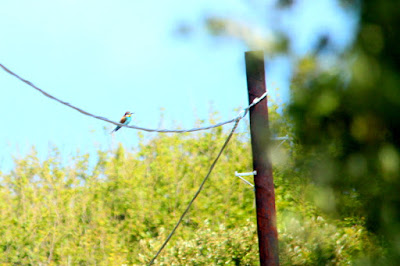 The 4 Bee-eater proved very mobile and were always distant. Hopefully they will return back to St Mary's 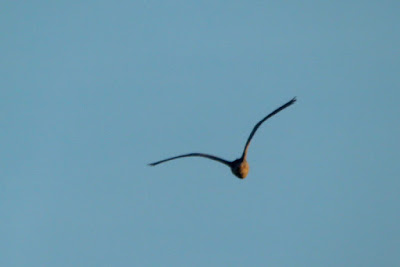 The adult Night Heron flying off towards Higgo's Pool 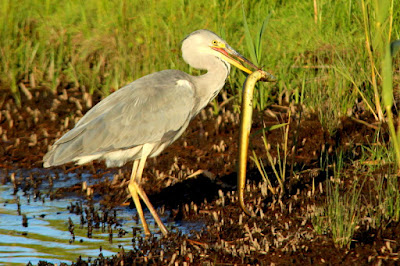 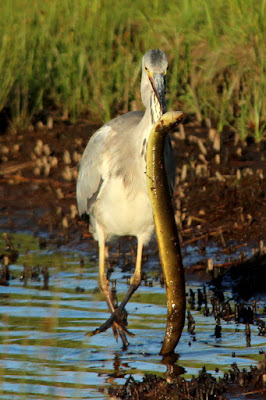 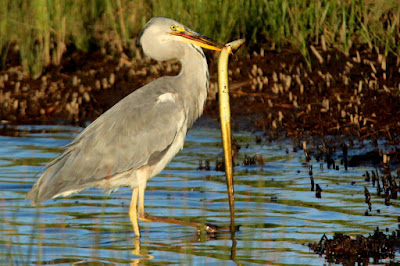 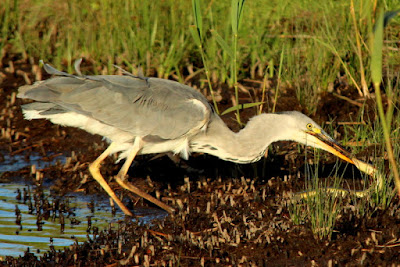 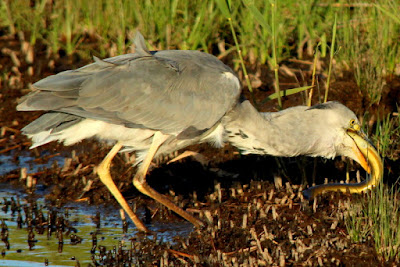 After killing a rather large Eel at Porth Hellick by stabbing it with it's bill, this Grey Heron was struggling trying to swallow it. 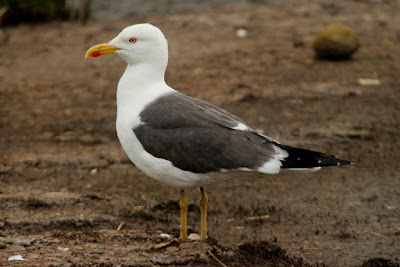 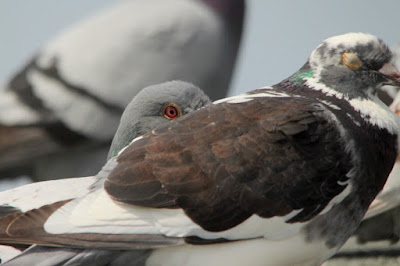 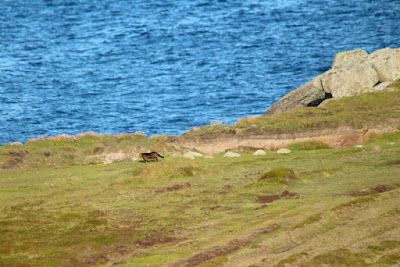 A worrying sight was this cat hunting on Giants Castle


Ramble Jon Krohn (born May 27, 1976), better known by his stage name RJD2, is an American hip-hop musician based in Philadelphia, Pennsylvania. He is owner of record label RJ's Electrical Connections. He has been member of groups such as Soul Position, MHz Legacy, and Icebird.
Posted by scilly spider at 6/06/2015 11:25:00 pm