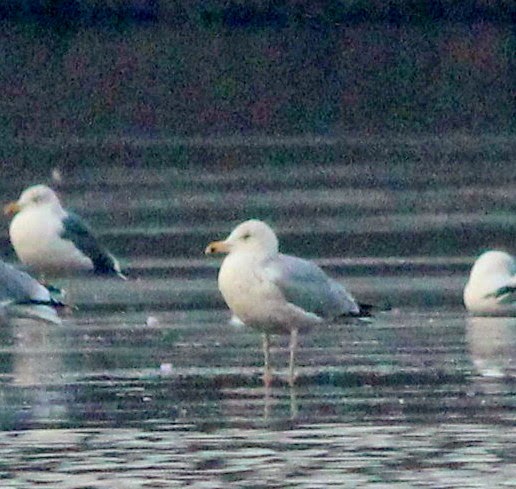 I had to get out of the Telford area and early afternoon I arrived at my old patch, Woodlane. On the ice were 15 Shelduck and over 200 large gulls. I was looking right into the sun and before I could do anything about it, the gulls flew off towards Colemere. Here they were on the ice a longs ways off, A quick scan through them, in the dull light, and I picked out a 1st winter Yellow-legged Gull. This was quickly forgotten when a 3rd winter Caspian Gull came into view. I was just about to take some pics when Higgo came through on the mobile. I told him to go away, in a polite way of cause, so I could get something on it before it flew off. Anyways, I didn't want earache, listening to how himself and Joe Pender found the American Black Duck yesterday back home on Scilly. I didn't have to worry about the casp flying off. It stuck around for over an hour and I was hoping to get some flight shots.
In the last few days the gull roost at Ellesmere has produced adult Caspian, Little and Mediterranean Gull. At the latter site the gulls were coming in and after 30 minutes, I came across an interesting sleeping gull that I thought might be a Yellow-legged Gull, by it's darker upperparts. However, when it popped it's head out I could see that had a gull showing features of a possible sub-adult Azorean Gull. The light was fading and I observed and took some photos of it before the cold got the better of me and made my ways back to Telford. 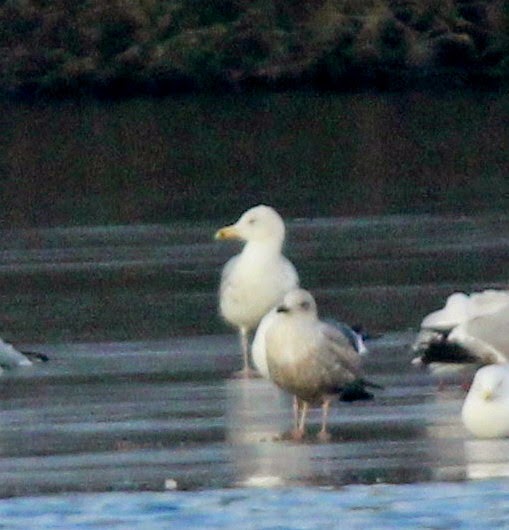 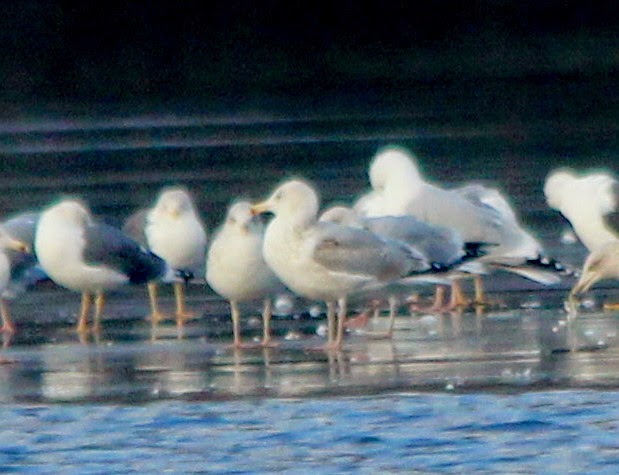 The Caspian Gull was a 100 miles away on the other side! 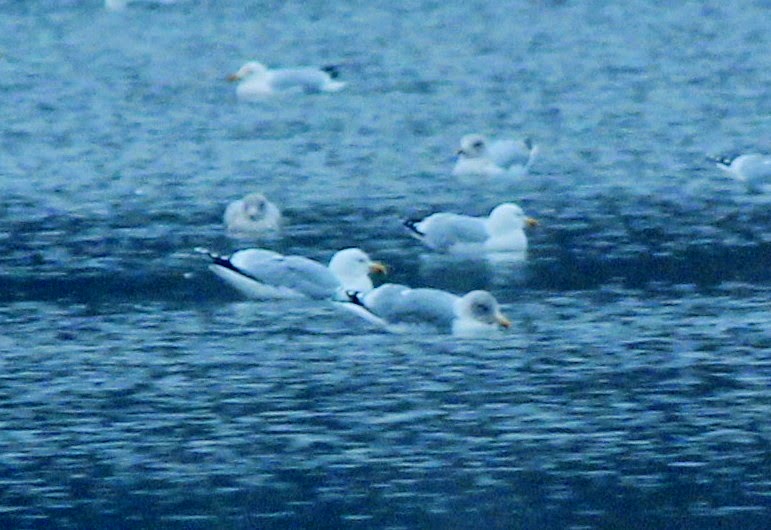 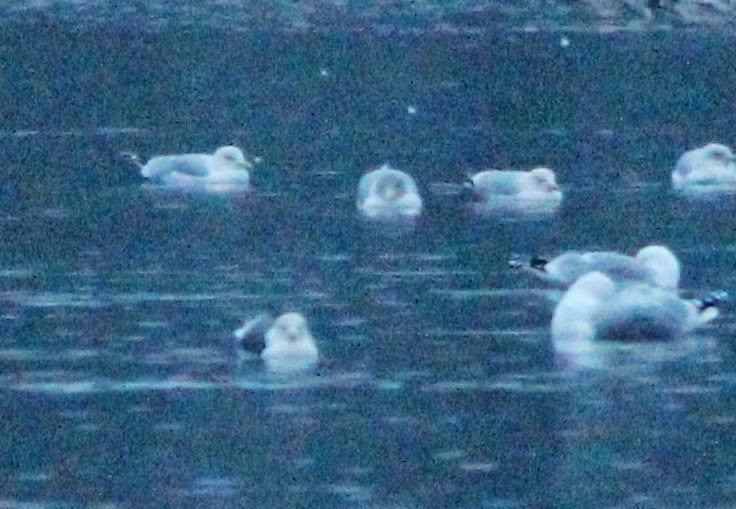 heavily cropped sub-adult gull showing characteristics of an Azorean Gull at Ellesmere. In the field the gull appeared darker on the upperparts than the Herring Gulls, perhaps not darker enough for an atlantis. The hood looked neat and in the top pic, note the heavy head streaking, becoming slightly denser around the eye. 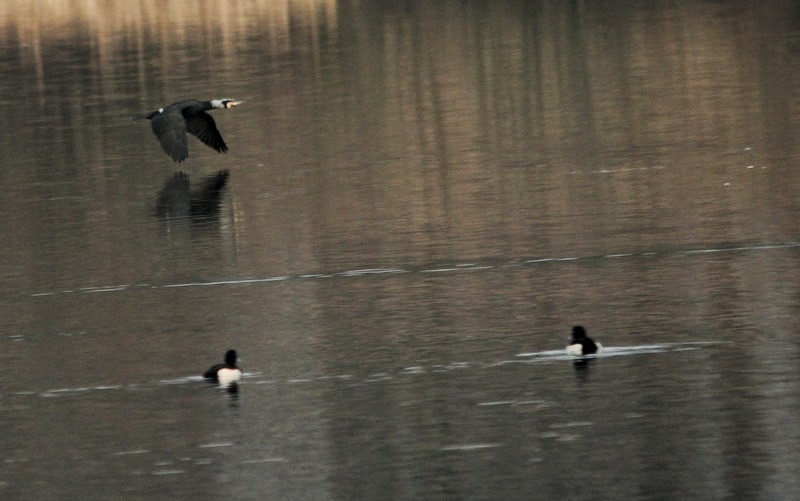 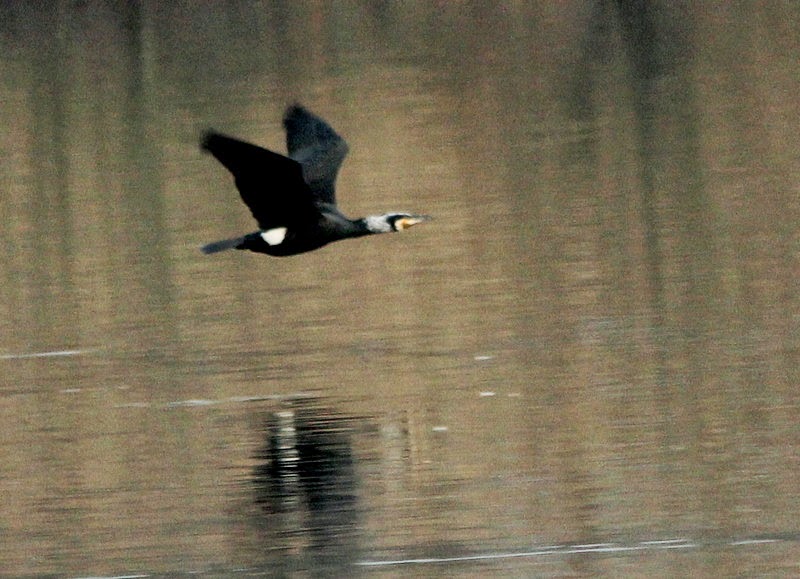 Before I hit the meres, I made a visit to the Sailing Lake at Venus and got this smart looking Continental Cormorant ( seinsis) 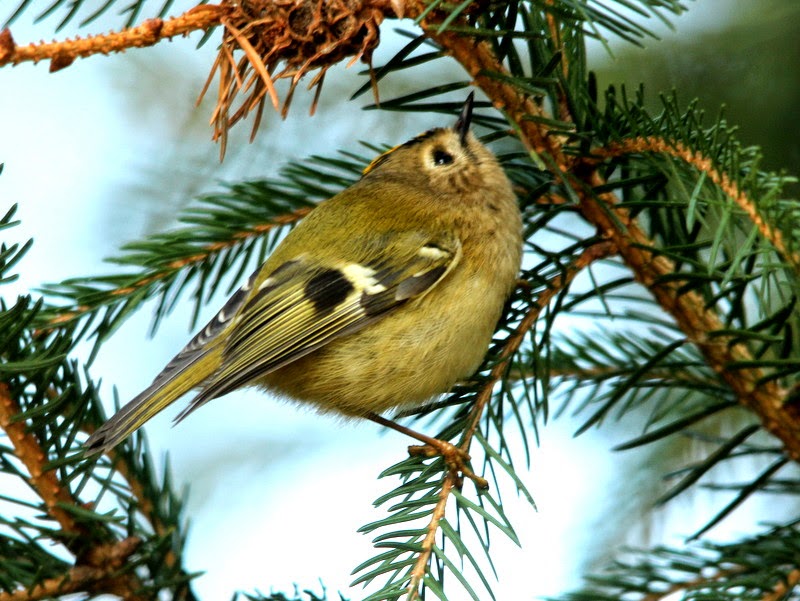 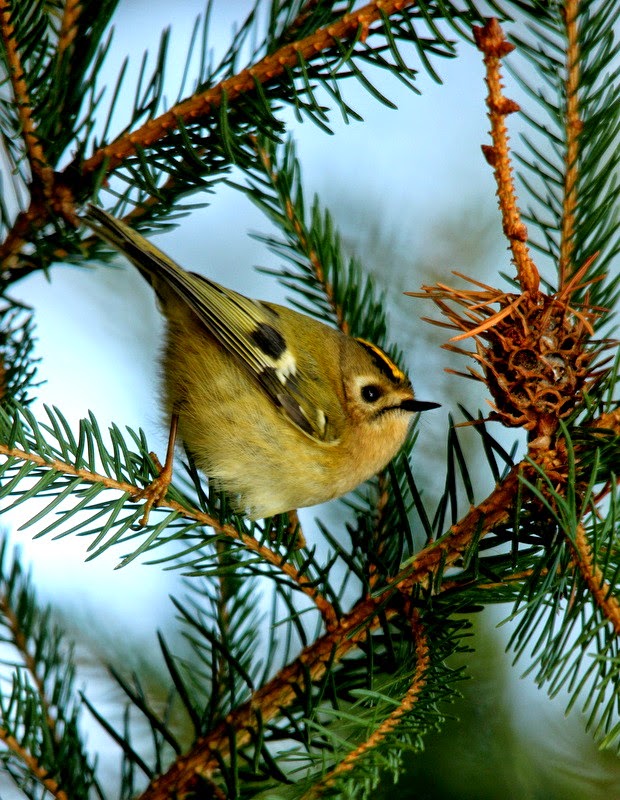 This Goldcrest showed well at Woodlane 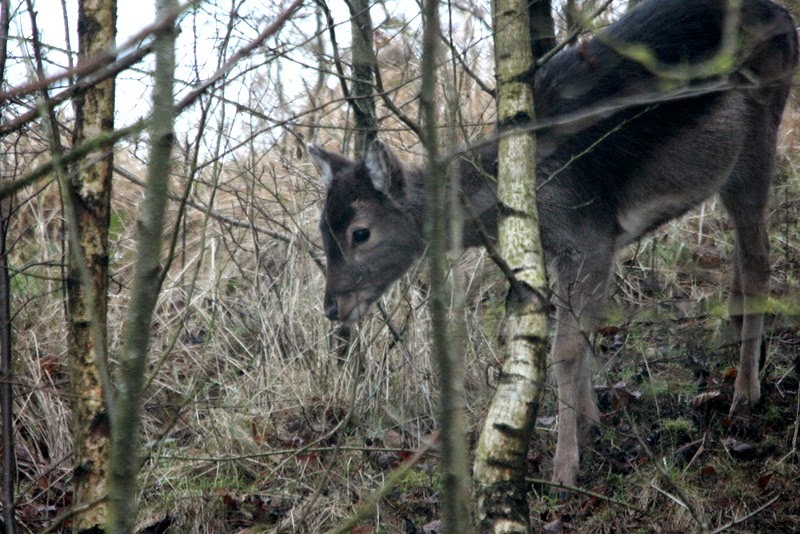 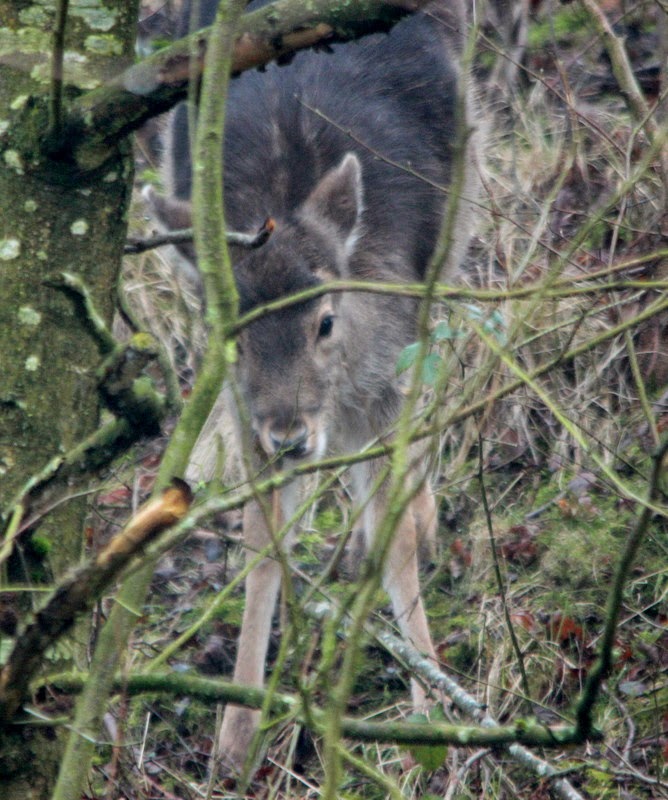 I stalked this young Fallow Deer at Candles Tip, and with the 3 adults that it was with, it had no idea I was only a few meters away from it! However, there was not a single gull on the tip!