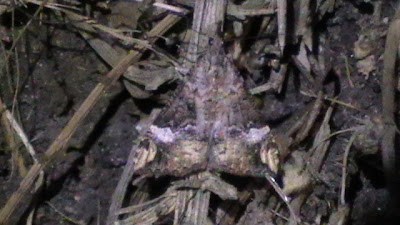 BLOXWORTH SNOUT in me garden taken this evening!

From 09-09.30 this morning, Steve Griffin had 2 Cory's Shearwater off Deep Point and nearby 2 Crossbill in the pine belt. After spending two hours seawatching off Deep Point this evening, 127 Manx Shearwater, 50+Gannet and 6 Harbour Porpoise, I decided to do an hour looking for moths in me garden. At dusk I could see there were a lot of moths flying around. I had just seen a Snout, when this moth flew past and landed nearby. Immediately I could see that it was a BLOXWORTH SNOUT! Only the third Scilly record following the second individual trapped at Mick's garden last week! It was over forty years ago that the first one was ever recorded here!

107 Cory's Shearwater past Horse Point, St Agnes by 11.00 this morning. This was odd as it was a strong NWW. Anyway, I made my way up to Deep Point and with in half an hour, a Cory's Shearwater past W at close range. I returned later and after two hours I managed to get 4 Cory's, 2 E and 2 W, so it could of just involved 3 birds altogether. There was also 3 Harbour Porpoise feeding on the tide line and at Porth Hellick there were 2 Common Sandpiper and 3 Sand Martin. Only the 1st summer Mediterranean Gull was at Porthloo. 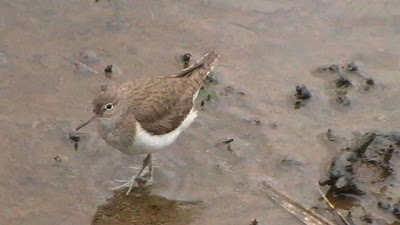