Have you ever spoken to a frog? 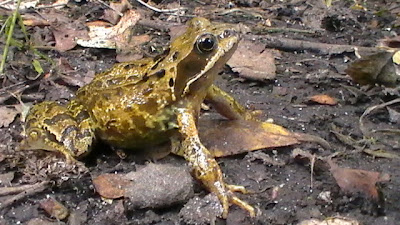 The bloody Frog that drove me insane!
Well I have. I was walking down the main path of Lower Moors when I heard this squeak after kicking something with my right boot followed by my left boot. I thought it was a young thrush as it rolled over across the floor in front of me. It came to a halt and lifted itself up. It was a frog! I bent down to see if it was alright and quietly said 'Are you alright buddy?' Of course it didn't answer, but I kept on 'Come on, can I see if you can jump? Come on jump. Please can you jump? Then I'll know if your alright. Jump, jump man, just jump' I kept on repeating it over and over again, getting louder as it just stayed there still. I thought that it was in bad shape. 'Oh man I feel so bad, I didn't mean it. It's your bloody fault for being in the middle of the bloody path. This wouldn't have happened if you was in the grass where your meant to be. Don't just sit there, can you move?' Now I was getting louder as I was sure that it was injured. 'For Christ sake, move?! I raised myself up and felt the presence of someone behind me! I turned around and there was a young couple. How long they had been there listening, god only knows? Did they hear everything that I had been saying? 'Oh, it's OK, I'm just talking to the frog' What a stupid thing to say! The expression on their faces was enough to make out what they thought of me. They must of thought I was nuts and continued on walking without a word. I turned around and stared at the frog and looked straight into his eyes and with a clenched fist cursing through my teeth 'Now look what you've done. You made me look like a right bloody idiot. Thanks mate. God damn, I'm still talking to you. I'm doing it now. I've got to stop talking to you. This is getting out of bloody hand' Then, the damn thing took one big jump straight into the stream that runs parallel with the path and swam across to the otherside! Now, how many of you have spoken to some sort of creature and then experienced what I did of someone listening to everything that you've been saying? I bet there's a few, but would you admit it? 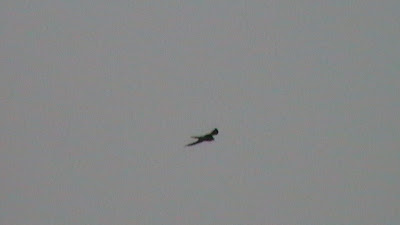 Hobby at Porth Hellick
After that frog making me feel stupid, I didn't want to see that couple again and prayed that they wouldn't be at Porth Hellick. Here they might next catch me talking to grass! Soon as I went through the gate, I observed a silhouetted Hobby for a good ten minutes being mobbed by 40+ Swallow. On the pool, new in were 2 Teal, a single Green Sandpiper and now 3 Common Sandpiper and the drake Tufted Duck was still present. 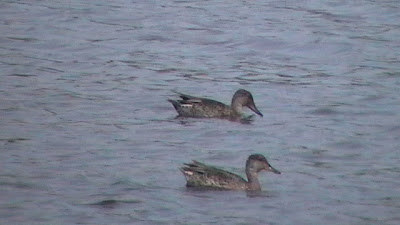 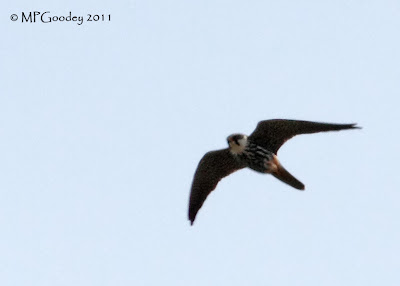 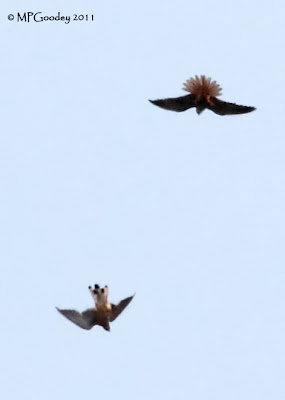 Kestrel and Hobby at Holy Vale Martin Goodey
At home, I could hear the  Swallows going mad and knew that the Hobby would not be too far away. For nearly twenty minutes, about 20 Swallows were busy trying to push the Hobby away. He left a few times, only for it to return, circling above the garden. When Robin arrived to have a look at it, it had already caught a Swallow, probably one of the juveniles, but unfortunately I didn't observe the Swallow being taken. It started circling higher towards Parting Carn where we lost it, but while we were seawatching off Deep Point, it flew past us, NE, at close range. 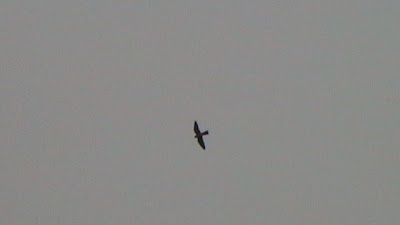 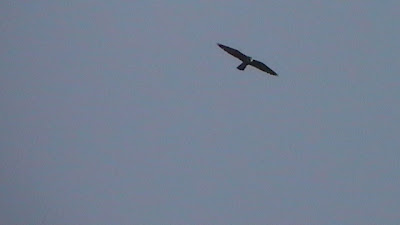 Just above the garden 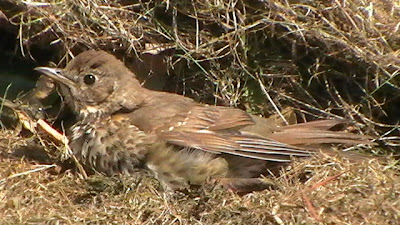 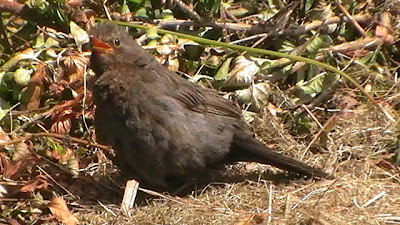 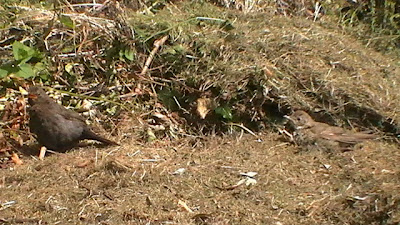 This Blackbird and Song Thrush were sunbathing together at Star Castle
Posted by scilly spider at 7/12/2011 11:47:00 pm