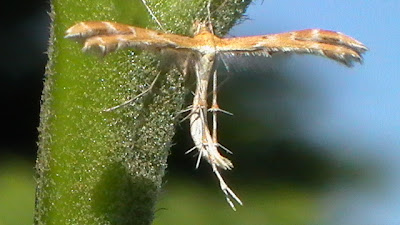 Oxyptilus laetus or O. distan.
Whatever it is, out of these two species, it's the first to be recorded for Scilly! However, positive identification can only be done by genitalia examination. It is more than likely going to be the rare immigrant, O. laetus, as there has been a mini influx of this plume moth, that comes from the Mediterranean and Canaries Islands, arrive in the south-south west of England. I managed to trap this one so hopefully it can be identified.
Just before breakfast, in the baking hot sun, I started to walk the dead pine walk on the Garrison, when I flushed this small orangery plume moth from the Bracken. I knew immediately what it was, because four days ago, 28th June, I was up Deep Point with Robin, sweeping for Thrift Clearwing, when I came across this plume moth feeding on the head of Umbellifer sp. I knew it was something different and quickly caught it, but unfortunately it escaped. Because of the small size and orangery colour, the following evening I told Mick about it and he told me that also on the 28th June, three O.latus were trapped at Portland and that morning a single was at Kynance Cove, Lizard, Cornwall. I was very disappointed that it got away from me, but my second chance came when I found an individual feeding on the evening of the 30th June on a Buddelia Bush in the garden! I trapped it and could clearly see the white markings on the wings. However, this too escaped me and left me pretty upset, as I knew that it was almost certainly of this species. There had to be more and there was, and I finally trapped it today on the Garrison! At dusk, While Robin was looking out for boats off Deep point, I went off sweeping the heather and grass nearby and with in a few minutes I had caught two more!  Also, Mick found one in his garden earlier this afternoon. 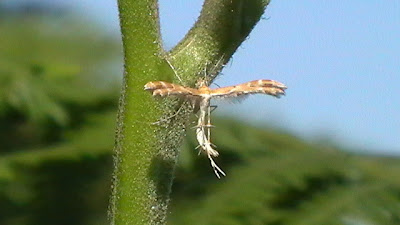 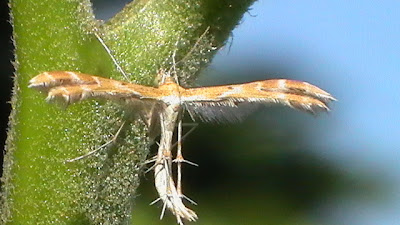 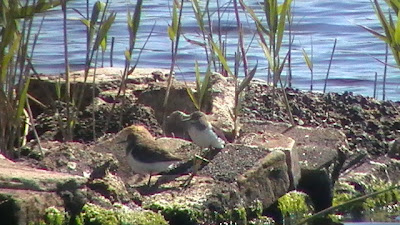 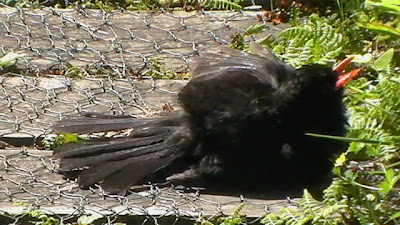 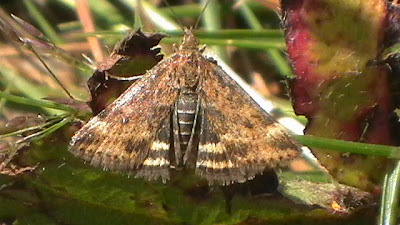 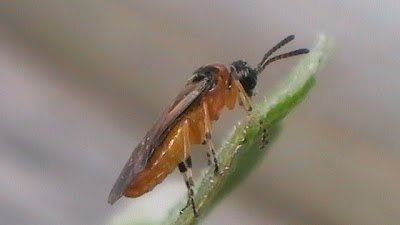 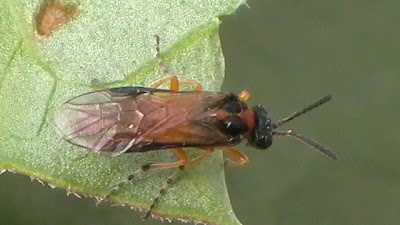 Turnip Sawfly in me garden 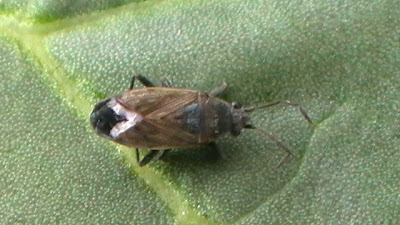 Any ideas what this bug is?
There were a few immigrants in the two moth traps this morning including, 2 Small Moulted Willow and 15 Rusty-dot Pearls, both first for the year. 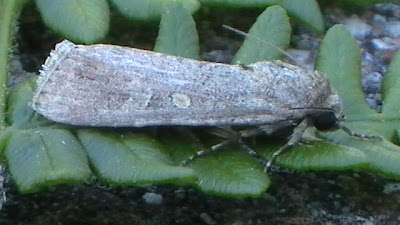 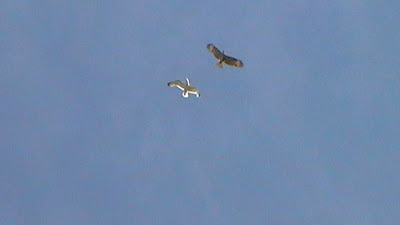 While emptying the two moth traps at Micks garden, above our heads, the resident Buzzard was being mobbed by the local Herring Gulls. Later in the afternoon, Jo, Ren's girlfriend, spotted a HONEY BUZZARD come in off the sea at Little Porth and put both Ren and Martin on to it!

BEE-EATER, I think? That's what I said to Robin as we drove the corner past Maypole Triangle. I very briefly caught a silhouetted bird on the wires above the fields of Bough Farm. Robin came to holt and we both ran back to where we could see the wires and sure enough in the evening sun, a stunning Bee-eater showing very well! At last we had seen it. I immediately called Martin, as he was only two minutes away and then contacted everyone else. As Martin arrived, all he saw was the ass end of it flying off towards Trenowth, where Martin had heard it earlier on just after 16.00. We all got back in the car and went looking for it. There was no sign, however, as result of searching, we observed an immature Hobby at close range, perched in the pines at Helvear and than mobbed by Swallows heading off towards Innisidgen. 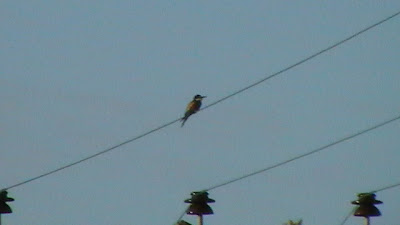 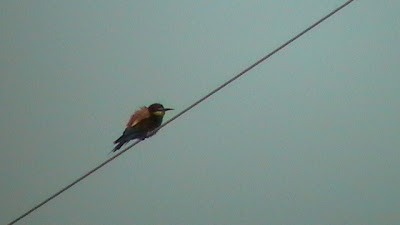 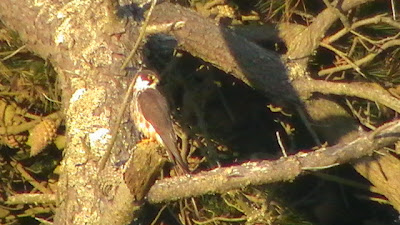 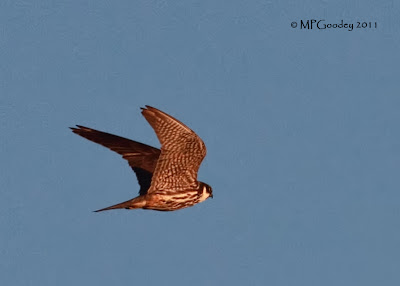 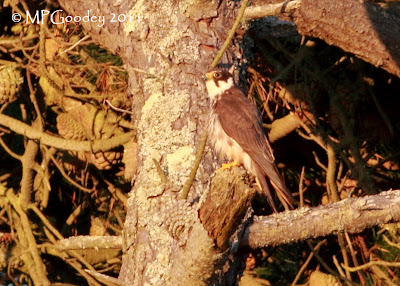