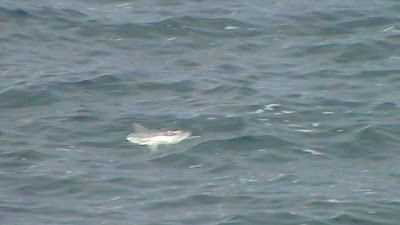 2 Sunfish showed very well off Deep Point
A cracking two hour seawatch with Martin off Deep Point this evening. With in ten minutes of arriving, a Cory's Shearwater went west followed by more birds later. Two Cory's spent a long period of time feeding with over 50 Common Dolphins. While watching the dolphins jumping out of the water and hunting for prey , I picked up a stunning adult Pomarine Skua (with spoons) at very close range, following in line with a Puffin. At the same time, just below where we were, there were our first 2 Sunfish of the year. 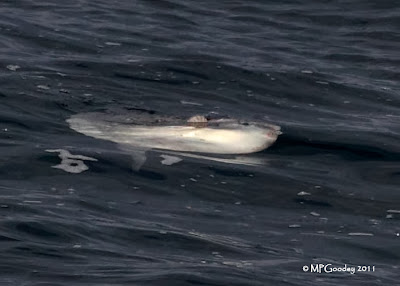 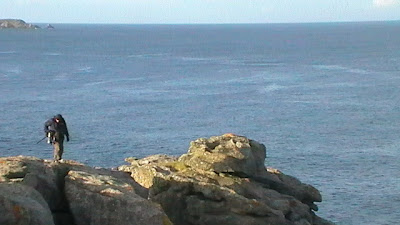 Martin making his way down to get closer to the Sunfish close in just off the rocks. 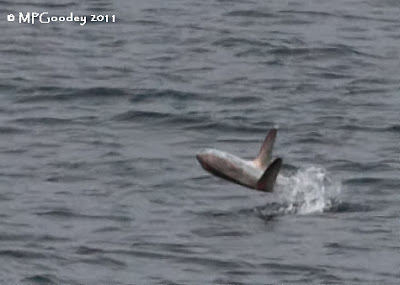