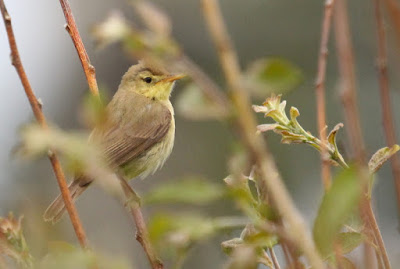 It wasn't until nearly 13.00 that the first message of the day came on the Scilly Bird News Group with a singing Melodious Warbler at Trench Lane found by Scott Ried. However, it wasn't until 14.30 that Jo and I made it down there to see the warbler and after a few minutesn of being there, I could hear it nearby in the Standing Stones Field. Here it showed well before disappearing deeper into the hedge that borders the field. We had to get to the airport but returned again over an hour later as Richie Aston heard a Golden Oriole singing in the west Elms of the field but there was no sign of it when we got there. 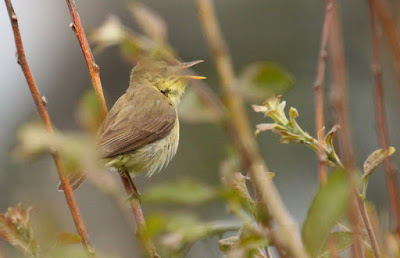 Shortly after 19.00, I had a quick look on the airfield and like yesterday, Jo stayed in the wagon. Also like yesterday, when I had the Quail on the airfield, Jo was scrambling out the wagon again as I found a Short-toed Lark on the eastern runway. It proved very mobile, due to a guy working on the runway lights, but when others arrived to see the lark, we had distant views of it on the south runway. 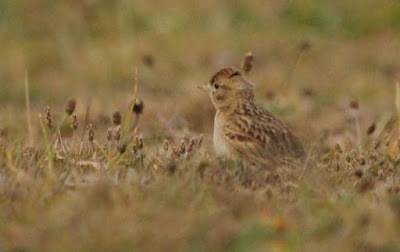 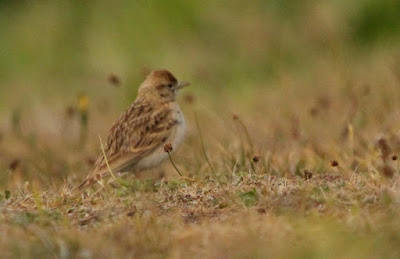 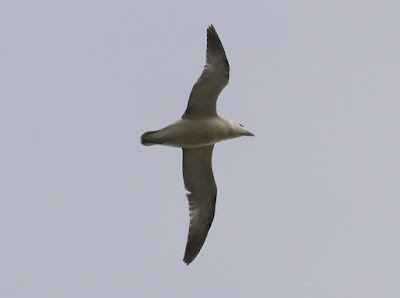 This Fulmar flew over the lark 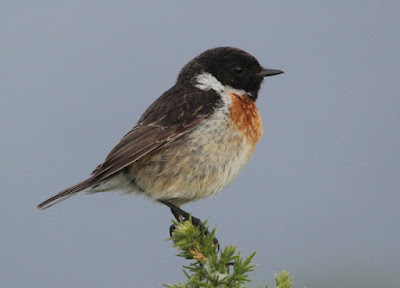 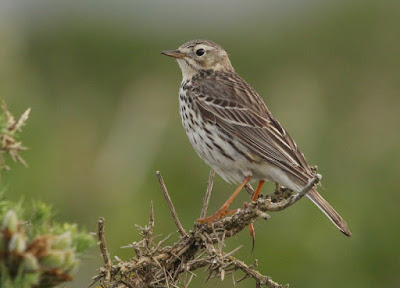 At 07.30 this morning, Paul Dukes heard a bird singing next to the Seaward Hide at Porth Hellick but couldn't put a name to it. As his mobile is still in the stoneage, he didn't call me until late morning to let me know what he had heard. I alerted others but Higgo was the only other birder to hear it, though very briefly, he also didn't know what it was. So at 20.30, Jo and I decided to finish our dinner in the Seaward Hide hoping that we might hear it. We had only been in there for a few minutes when I heard the bird in question. Common Rosefinch! I recorded it quickly singing in the same willows as last weeks Great Reed Warbler but I didn't have to worry as we observed a drab 1st summer male perched very briefly out in the open at very close range. The only one to twitch it was Robin and we all had good views on and off and it was still singing when we left just after 21.00. 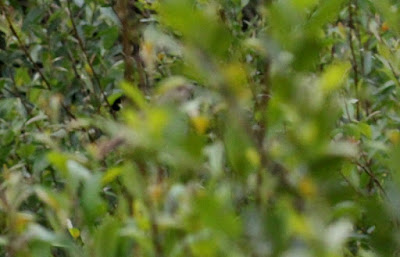 Can you make it out? No niether can I! This was my first spring sighting of Common Rosefinch


This is my first Common Rosefinch I've ever heard singing and maybe I didn't even get a record shot of the finch but at least I got a good recording of it singing at Porth Hellick.
Posted by scilly spider at 6/03/2019 11:11:00 pm