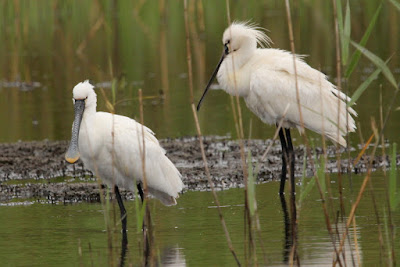 These 2 Spoonbill were performing well in front of the Sussex hide at Porth Hellick this morning.

Shortly after 10.00 this morning, I was coming out of the COOP with the shopping for work, when news came out on the Scilly Bird News WhatsApp group that Higgo had 2 Spoonbill at Porth Hellick Pool. No longer a rare bird like it used to be over ten years ago but it's very unusual to have them on the pool. Normally they are seen on Green Island in the distance when they arrive in the autunm. I threw the shopping in me wagon and a few minutes later I was with Higgo enjoying some cracking views of the 2 Spoonbill feeding at close range. Jo wanted to see them and when I returned with Jo, nearly an hour later, we were just in time to see them fly off east. Nearby the Cetti's Warbler was heard and there was a Pied Wagtail near the beach. 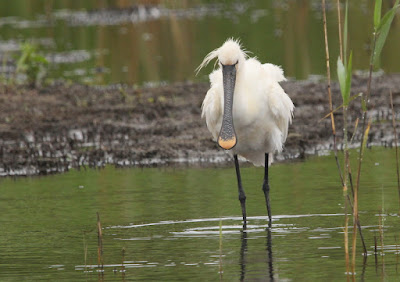 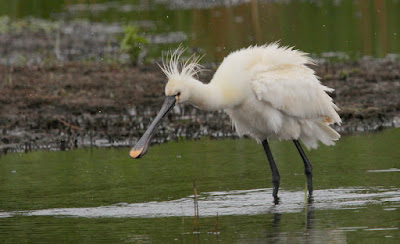 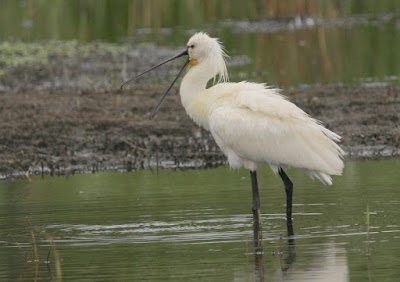 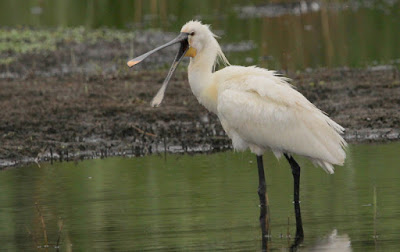 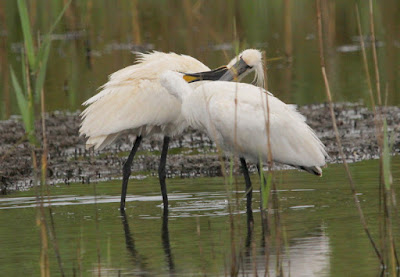 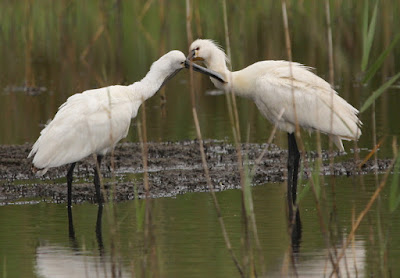 A bit of bonding goin on now and then 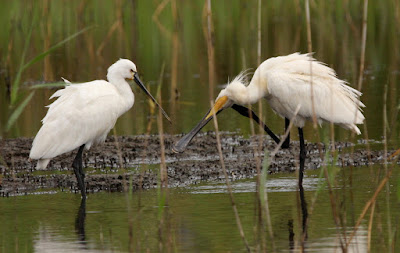 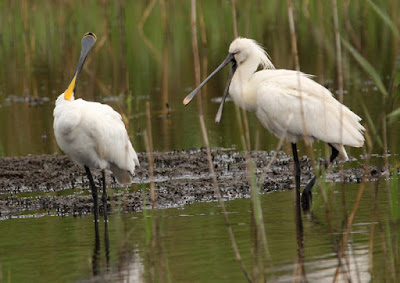 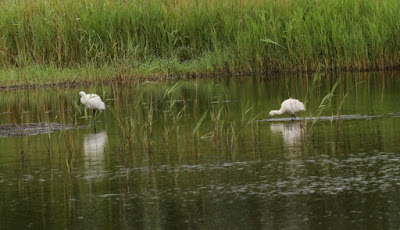 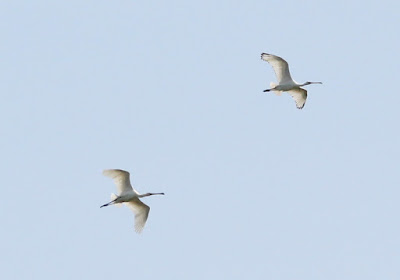 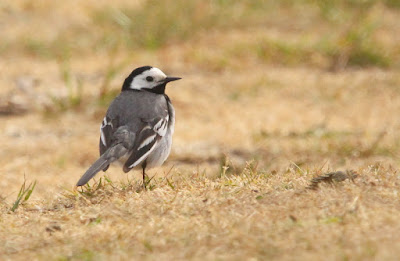 Shortly afterwards leaving Porth Hellick. Jo and I arrived at the airfield but she stayed in the wagon and as a result missed out on a Quail that I flushed on the east runway. I saw where it had ditched and Jo was soon out of the wagon when I called her but with Robin, there was no sign when we kicked the area where it had come down. Robin went home and as we had Turtle Dove and the female Merlin yesterday at Trenoweth, we thought we would have are lunch there. Nothing of note at Trenoweth but a walk in the Pelistry fields turned up a female Red-backed Shrike. We only saw it very distant and brief but later it was relocated and despite being very mobile, everyone that twitched the shrike connected with it.
At 18.15 we were just about to get out of me wagon to go home when Nick Jenkins pulled up and asked if we get Quail on Scilly? He was sure he had flushed one only a stones away from our digs. He took Jo and I to the area where he saw it fly to and his dog put it up and sure enough, Jo got her Quail as we all observed it fly off pretty fast towards the Dead Pine Walk and out of sight. 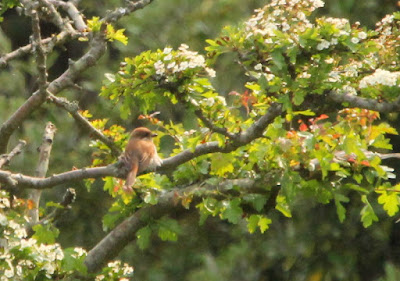 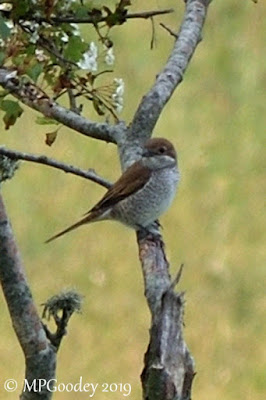 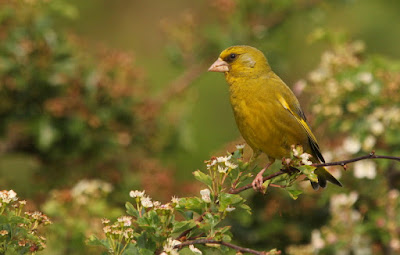 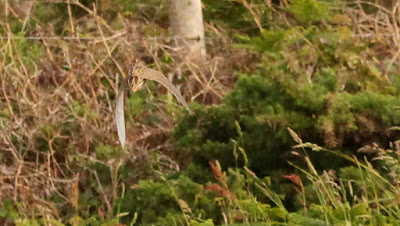 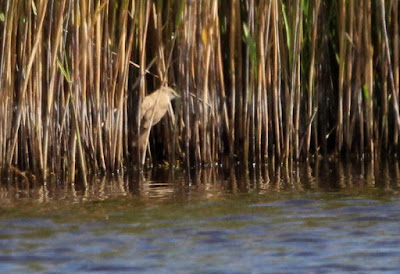 The Great Reed Warbler was last seen on the morning of the 30th and this was all I get on it as it spent most of it;s time on the far side of Porth Hellick Pool. The following day I had a female 'type' Golden Oriole fly into Carreg Dhu Gardens from sunnyside