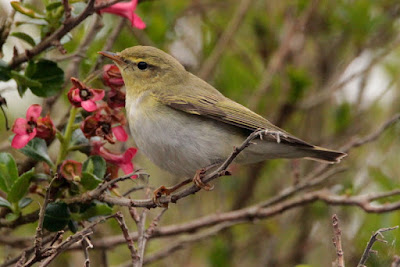 This morning I dipped out on the female Goosander again that was seen at Porth Mellon. It could of been there but it thick with fog and that how it was for the rest of the day with very brief sunny periods. However, I didn't dip out on another Melodious Warbler that Will found singing at Bishop View. Higgo and I made are ways up road and we both first went for the Wood Warbler two fields away from the hippo. It was feeding in an Escalonia hedge close to Porthloo/Telegraph junction and showed at very close range at times. Higgo got the Melodious Warbler, but I missed out. A return visit later in the afternoon payed off. As I stepped out of me wagon, I could hear it in sub-song which made it easier to locate.
I didn't have much time to look for the 2 Golden Oriole from yesterday that were seen earlier on the golf course. I only did the NE end and got a single Pied and Spotted Flycatcher, Tree Pipit, 80+House Martin and the juvenile Iceland Gull. . 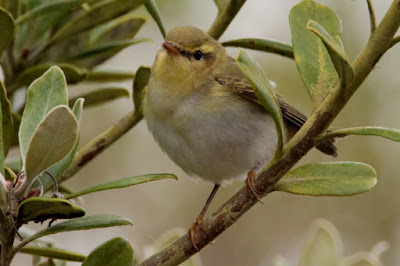 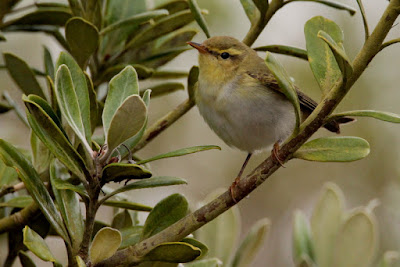 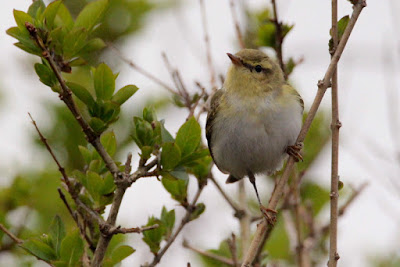 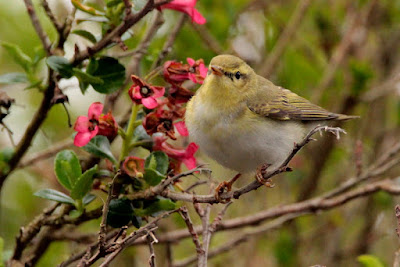 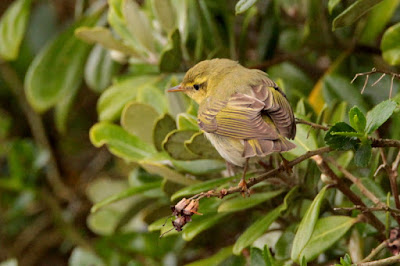 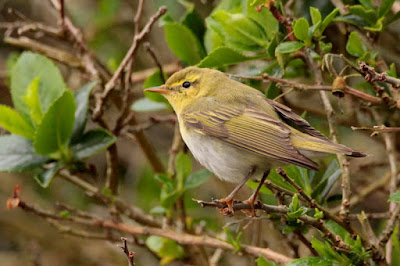 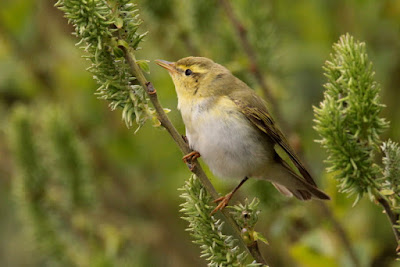 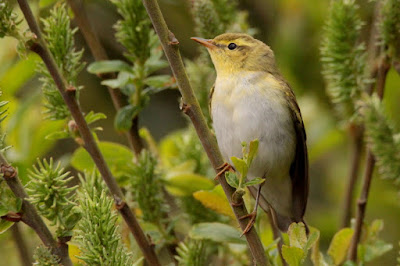 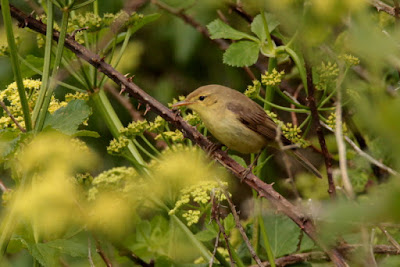 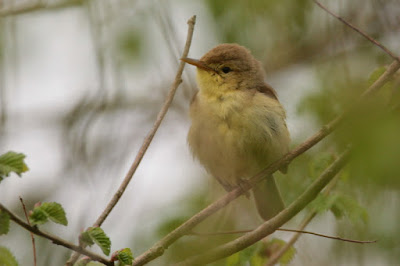 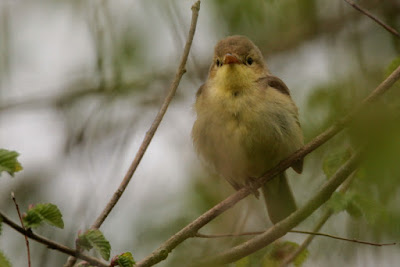 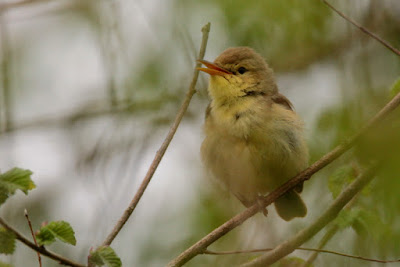 This Melodious Warbler at Bishops View also showed well but always in cover. 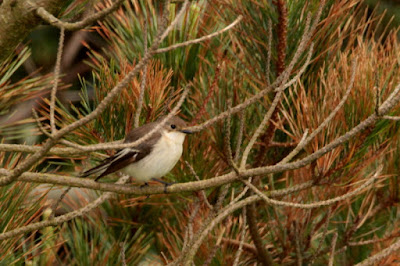 Pied Flycatcher at the golf course

After work Seth and I went to have a look at the GREAT REED WARBLER that was found this morning. We joined Robin and Barry and after a few minutes, from the path looking over towards Lower Moors from the school, we heard it. Even in sub-song you could hear it all the way from the other end of the island!! It was out of sight before it flew towards and showed briefly at a distance before flying off out of sight.
Joe Pender called telling us that he had the 2 Red-rumped Swallow on wires at Higher Lanes. We could only find one that showed off on the wires at Maypole. At Porth Hellick, we found the other Red-rumped Swallow or was it another individual, on wires with some 80 House Martin. The 2nd year Marsh Harrier stuck around the area before flying off towards the airport. 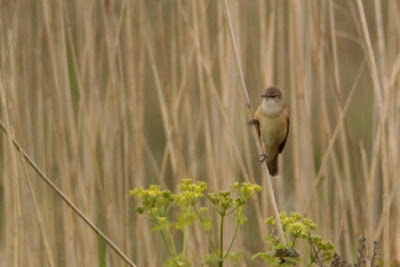 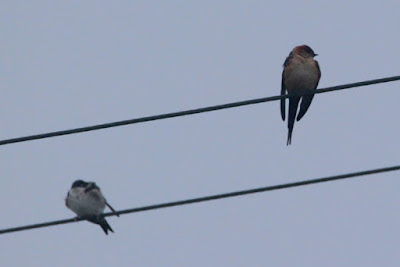 The foggy condition and light disappearing fast, this was the best I could do of the Red-rumped Swallow at Maypole

On ST Mary's there were the female Gooseander at Porth mellon, 2 Golden Oriole, 2 or 3 Red-rumped Swallow, 1 Wood Warbler, on Penennis, 1 Black Redstart, 2 Pied Flycatcher and at Lower Moors the GREAT REED WARBLER

Gugh there were 2 Golden Oriole and a Grasshopper Warbler

WHITE MINK is the zeitgeist-capturing speakeasy where the sounds and styles of the 1920s and 30s are turned on their head and smuggled into the 21st century.
What started out as a launch party for our compilation CD series; White Mink : Black Cotton (Electro Swing vs Speakeasy Jazz), became the accidental hub of a clubbing scene and subsequently a hot festival circuit attraction. White Mink also runs the regularly sold out Electro Swing nights at London’s Book Club, our own pop-up nights and has hosted stages at dozens of major UK festivals since 2009.
The production company is run by a stylish triumvirate of Nick Hollywood, Chris Tofu and Dan O’Neill. Under the White Mink name they bring together the finest DJs, VJs, live bands, dancers, cabaret and burlesque performers for an unforgettable and unrivalled speakeasy experience.