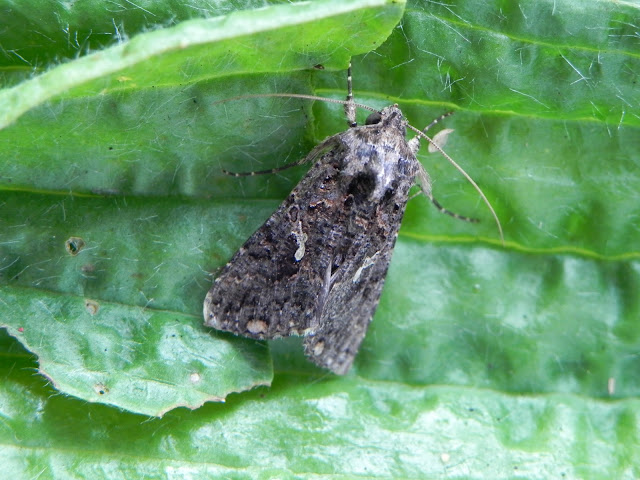 SCAR BANK GEM With just 15+ British records. This one was trapped in Mick's garden at Longstones! Mick Scott
Overnight, Mick trapped 2 migrant moths, both from the south, in his garden at Longstones. One was a SCARCE BORDED STRAW, from the Mediterranean and with over 3-350 trapped in his garden in ten years, and the other was a SCAR BANK GEM!! Only the second for Scilly and there are only 18 UK records! The first Scilly record was on St Agnes, September '97. The Gem is a Afrotropical species, but like the Scarce Borded Straw, could of also come from the Mediterranean! I went to see both of the moths this evening, and except for the pale spot on the oueter edge of the forewing, to me, it looked like a small dark Silver Y. 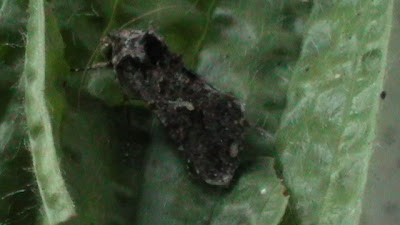 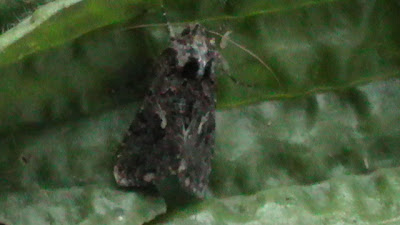 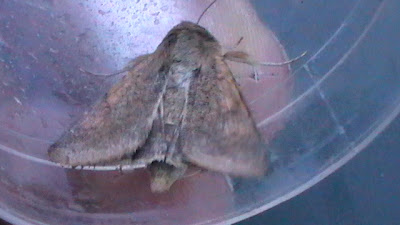 SCARCE BORDED STRAW
The 2 juvenile Pectoral Sandpiper were still at Porth Hellick, where there has been 2 Coot present for the last three days. I watched the juvenile BUFF-BREASTED SANDPIPER from the control tower, before it flew and landed near the car park. Here I got other birders on to it, who were returning to the mainland after twitching succesfully for the Northern Waterthrush. For the first time, Higgo at last, saw it on his project! 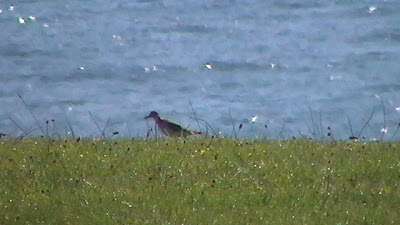 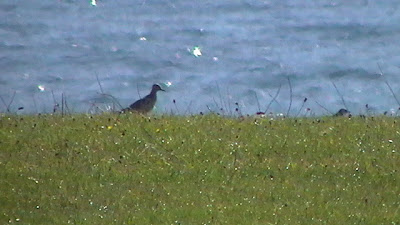 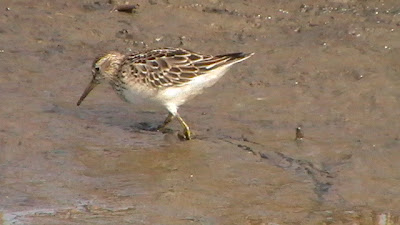 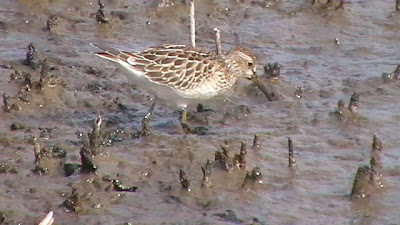 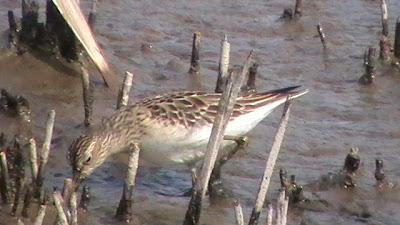 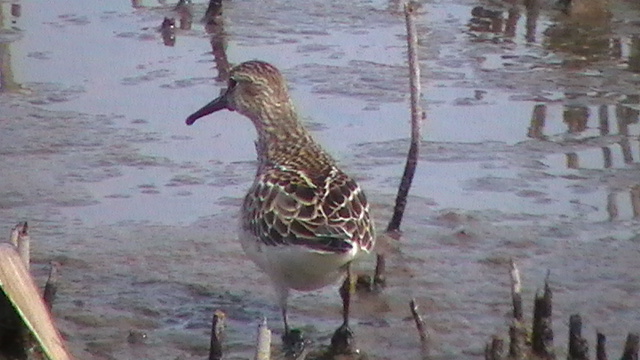 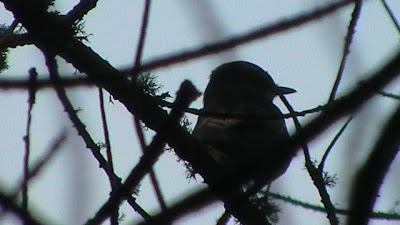 I only had time to walk the Dead Pine Walk on the Garrison and managed to see a single Spotted Flycatcher (above) and Goldcrest and 7 Blackcap
I was listening to this while doing the blog this evening.
Posted by scilly spider at 9/24/2011 09:22:00 pm