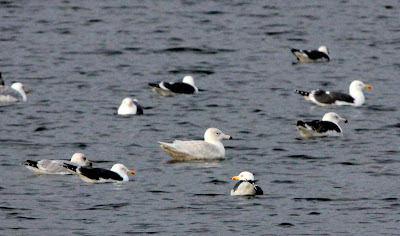 Still distant was the 2nd winter Glaucous Gull at Prisorlee Lake. It stuck around for a good 30 minutes with 14 Great Black-backed Gull and then flew off NE towards the Flash. There were also a single Grey Wagtail, 8 Gadwall and 27 Wigeon on the lake

Five minutes of being at Candles Landfill, John arrived followed by Dave Kelsall and Colin from Stoke. Immediately the Glaucous Gull was picked up and over a 40 minute period we managed to see the 3rd winter and one of the adult Caspian Gull, 2nd winter and adult Yellow-legged Gull and another bloody hybrid thing!. When the Staff birders had gone, John got the juvenile Iceland Gull, although I missed it. Because of the 1000's of gulls were unsettled, never staying on the deck for more than 30 seconds, it proved hard work searching through them. Fortunately, the 3rd winter Caspian was picked up a few times on and off, but the Glauc wasn't seen for very long period of time, when it was observed flying off towards the Seven only to return some 30 minutes later. 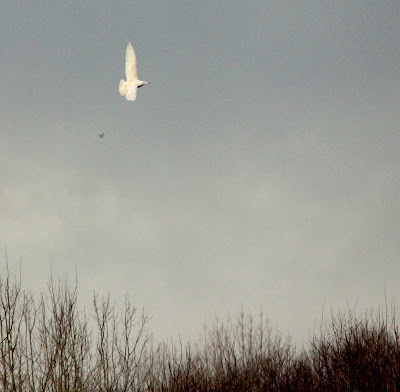 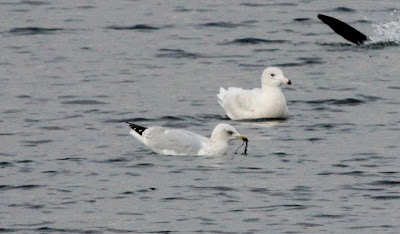 Although distant, at least it showed a lot better than two days ago 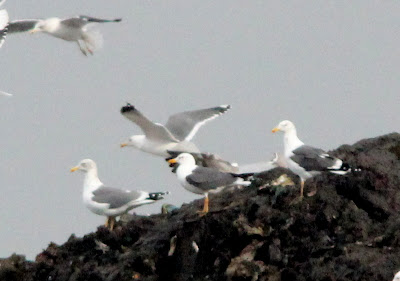