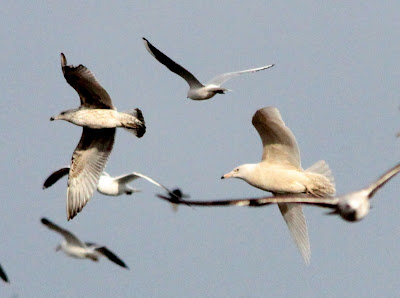 Mid-afternoon in the bitter cold wind, of all places, I found myself shivering scanning the 1000's of gulls at Candles Landfill Tip. Within 10 minutes I had found a juvenile Glaucous Gull. This being the third Glauc for Shropshire in the last four days! I had just got on it and it was gone! The next hour that I was there, I never saw it again. This was followed by the sub-adult Caspian Gull, then a 2nd winter Yellow-legged Gull and finally I got the 2nd winter Glaucous Gull. All the gulls were distant until I went to Horsehay Pool and there I relocated the 2nd winter Yellow-legged Gull and also got 2 adult Yellow-legged Gull. 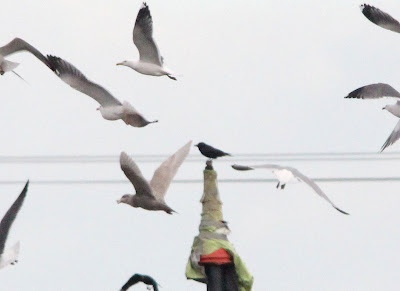 Record shot of a very distant juvenile Glaucous Gull. It filled it's month, as you can see in the pic, and I never saw it again! 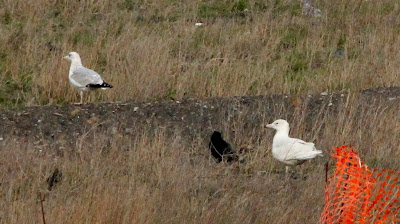 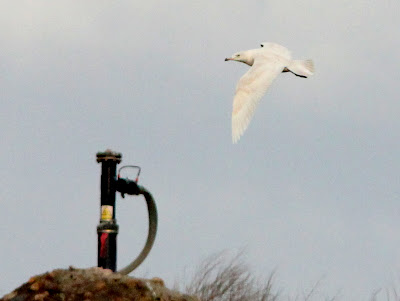 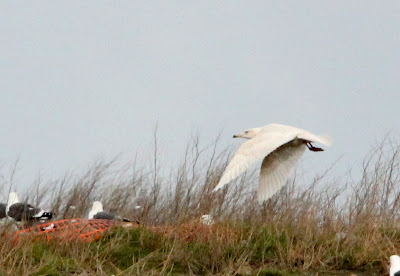 At least the 2nd winter Glaucous Gull was more obliging than the juvenile, but only briefly before it to flew off. 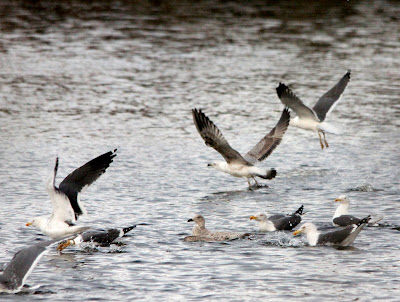 This 2nd winter and 2 adult Yellow-legged Gull were at Horsehay Pool.


From Bob Dylan's latest LP 'Tempest' The song 'Roll On John' is a moving tribute to his good friend, the great John Lennon! This by far is the best track from the top-notch album.