Caspian and Iceland Gull at Rainham 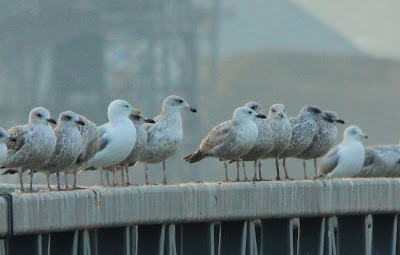 1st winter Caspian Gull at Rainham Marshes
Had half a day with John at Rainham Marshes. Out of the 5 Water Pipit reported yesterday, we could only find 1 feeding with 4 Rock Pipit. Walking on and a we kicked a Jack Snipe with 4 Snipe. We tried for the 2 2nd winter Iceland Gulls that were also seen yesterday on the nearby tip. We bumped into Andy Tweed and he put us on to one of the Icelands. As John was cold, he returned to the car, while Andy and I made our way to the stone barges. Here on one of the barges was another Water Pipit and Andy told me that he flushed 5 Jack Snipe yesterday just around the corner. I really wanted to see a Caspian Gull and after 15 minutes of scanning I found a possible 1st winter on the bridge. At the same time Andy got on to it and he told me that the plumage detail was different to that of other 1st winters that have been seen on the tip and therefore was a new bird.  Despite the cold and sleet, it turned out to be a very good day 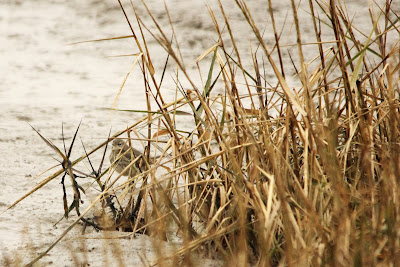 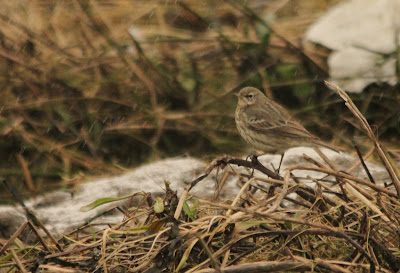 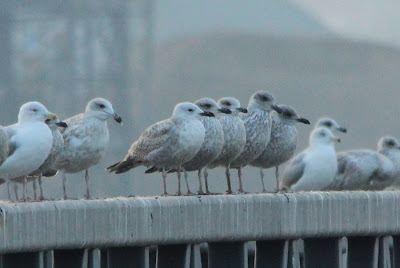 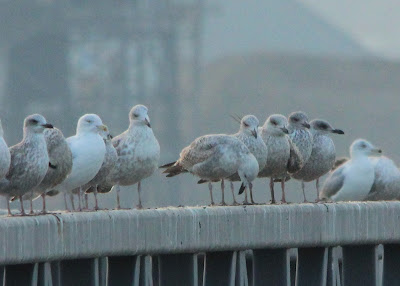 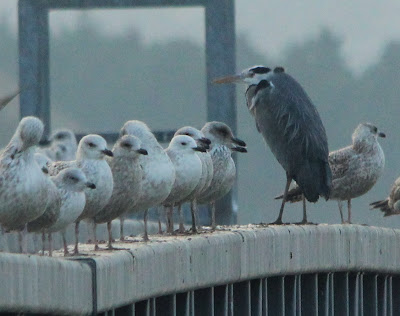 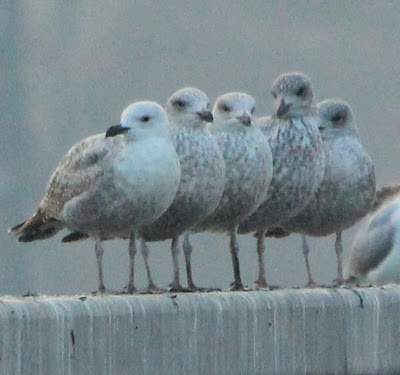 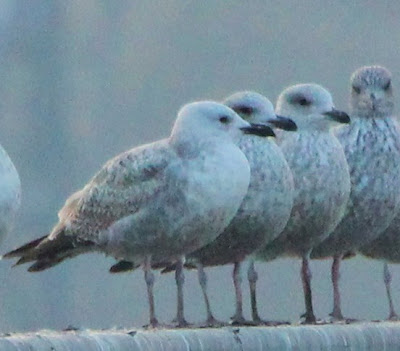 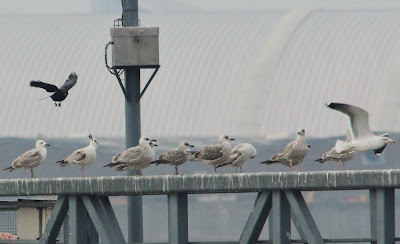 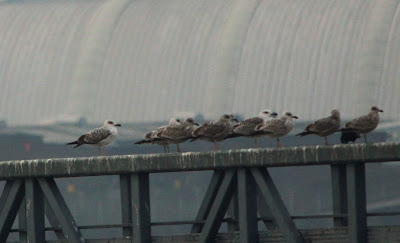 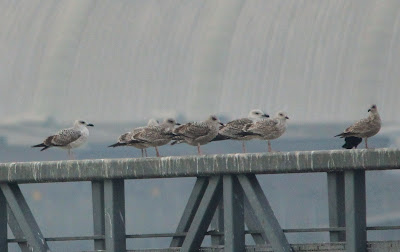