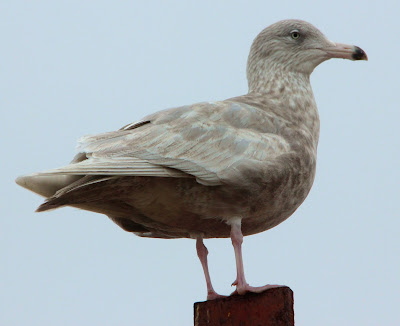 2nd winter Glaucous Gull at Dungeness
It was another day at Dungeness and John, Conrad and I started off by looking for the Dotterel that was seen a few days ago at Lydd Airfield. After 30 minutes of looking all we saw were a few Lapwing and 3 Golden Plover that seemed to come down over the nearby golf course. We went down a track leading to Bargar Farm and found the Lapwing in a large ploughed field. A closer look and there were over 350 Golden Plover and it was not until 10 minutes of going through them that I picked out the DOTTEREL. All I could see was it's head, back on and putting the other two on to it, proved hard work. They observed it a lot better than me, as it started being pushed around by Lapwing, but just as I was just about to have a look, they all flew off high towards Dungeness.
At the latter site we got 7 Smew, female Long-tailed Duck, (ARC Pit) 2 Great White Egret, male Peregrine and heard Beaded Tit, Cetti's Warbler and Chiffchaff. 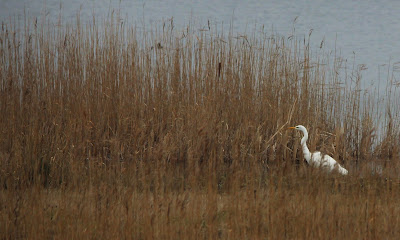 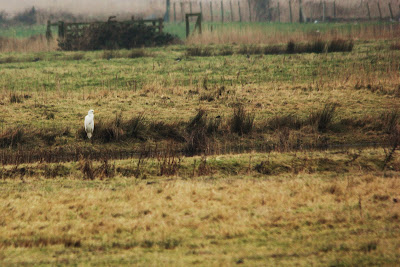 2 Great White Egret were on the pits 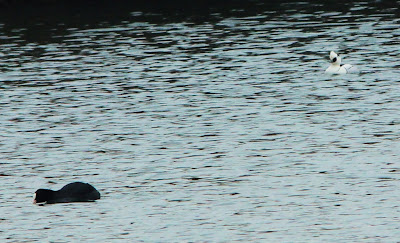 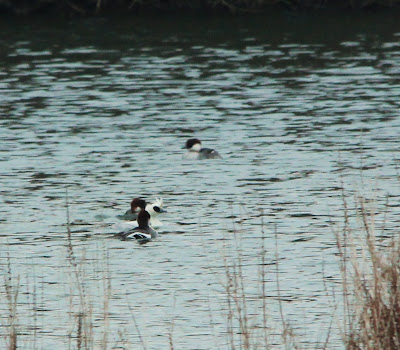 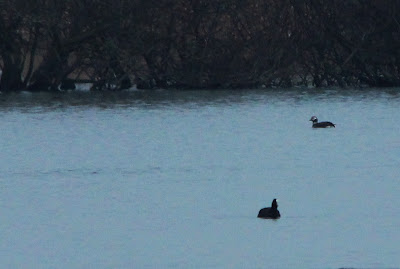 Up to 7 Smew and the Female Long-tailed Duck were on the ARC Pit
Our second visit of the day to look for the 2nd winter Glaucous Gull paid off and found it showing very well around the boats. We drove to Walland Marsh to have a look at the Bewick's Swan flock and got 47 birds in total. One up from 2 weeks ago when we last saw them. 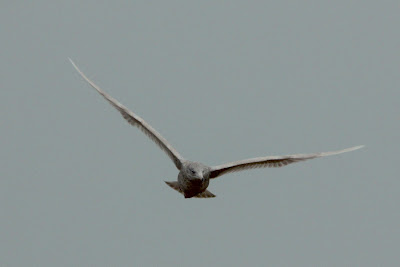 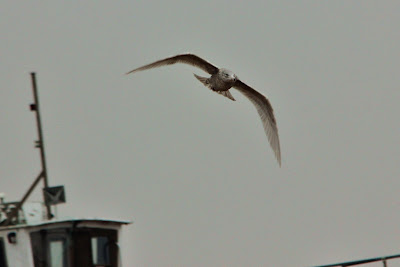 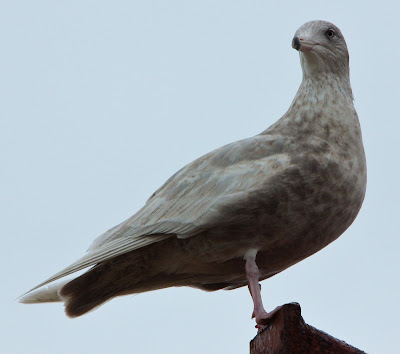 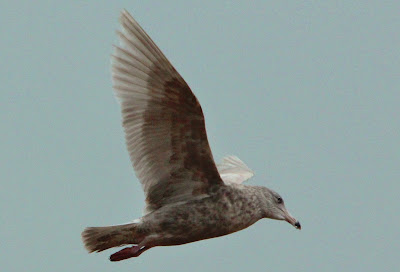 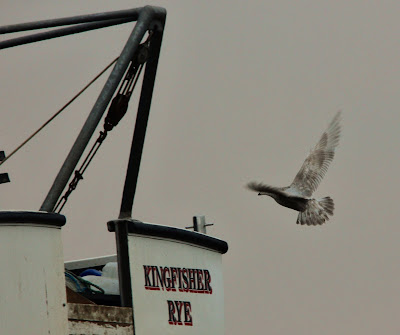 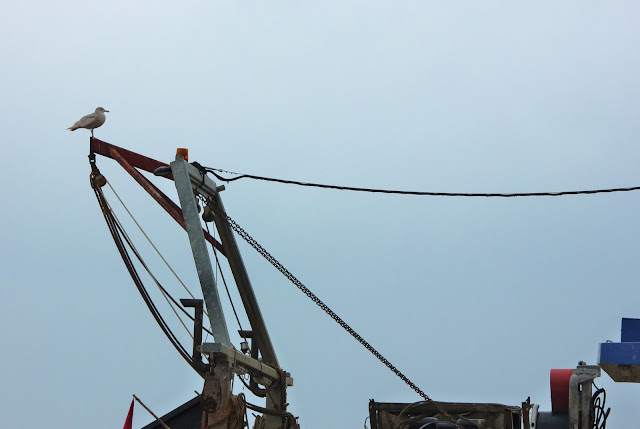 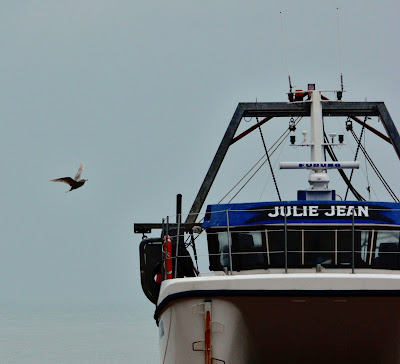 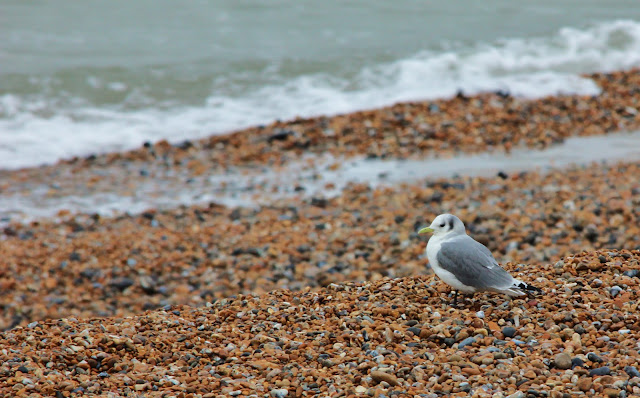 Lots of Kittiwakes on the beach