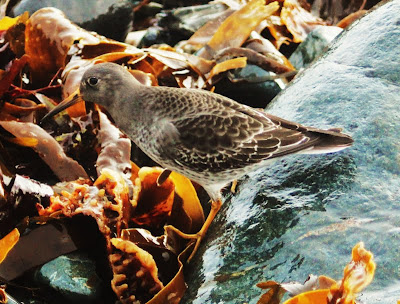 Purple Sandpiper at Jubilee Pool
Another trip to the mainland. This time to see my girlfriend and family in Shropshire. I made good use of the two hours I had before catching the train up North. I made the short walk to Jubilee Pool to have a look at the Purple Sandpipers that there winter every year. It didn't take long to find them and with the Turnstones, 5 birds were feeding on high tide a few meters from me for nearly an hour.
What I had really come to look for was hopefully the 1st winter male SURF SCOTER in the bay that's been hanging out with the large raft of Common Scoter. However, it was last seen last day of last year. I found the Common Scoters, all females, 35-40 in total, but try as I might, I could not find the Surf Scoter. Up to 10 Razorbill, a single Guillemot, 3 Great Northern Diver and lots of Gannets and Kittiwake were in the bay. Also the odd Balearic Shearwater passed by. A local birder told me that there were 3 Eider close in shore just around the corner, but I couldn't see locate them. 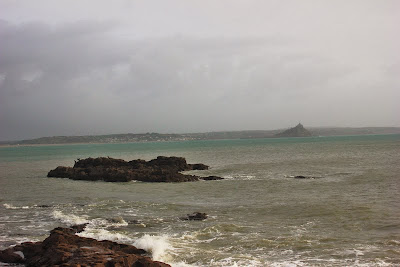 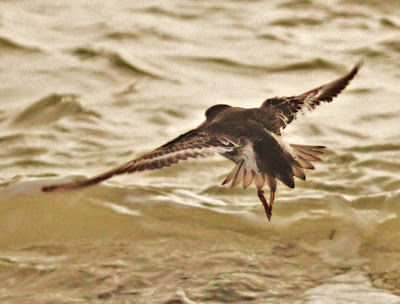 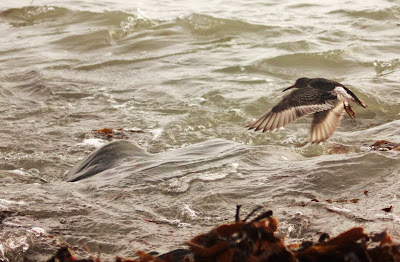 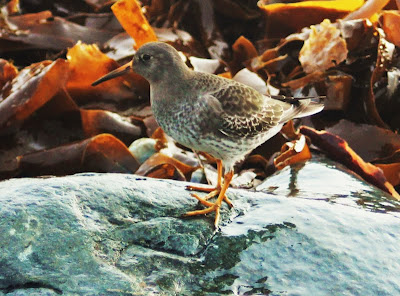 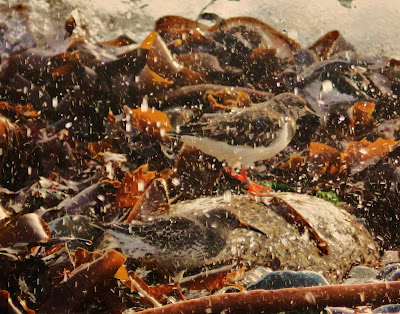 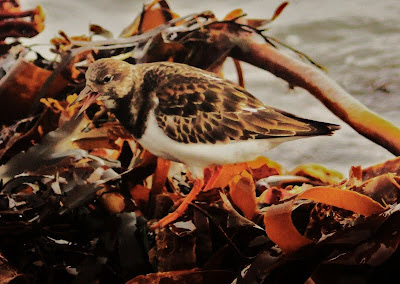 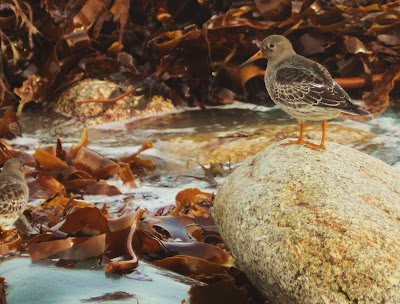 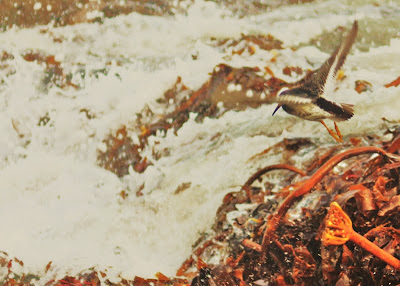 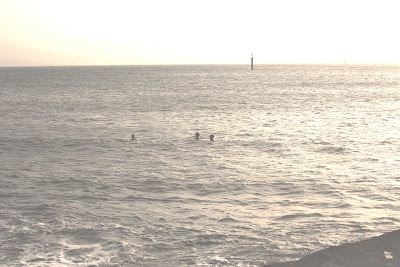 Crazy bunch decided to go swimming. They told me that the water was 6% warmer than this time last year.
Beautiful live music by Mark Knofler 'Brothers in Arms'