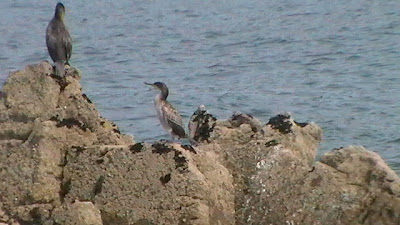 On Thursday 19th May, returning from St Martins we were approaching Carn Movarl Point off St Mary's. Before this there are a row of rocks that jet out from Tolls Porth called The Creeb. Right on the tip as we passed in the boat, I noticed a very pale shag and I thought it was a leucistic shag! We had one here a few years ago and so it could be that bird returning. However, on looking at it through my bins, I could clearly see that it wasn't and started to think that it could be the race, Mediterranean Shag, (desmarestii)

The head, neck, tertials, secondaries and primaries were dark, like that of an adult European Shag, (aristotelis), suggesting a 2nd year bird. The rest of the bird was pale. The underparts were white and the wing coverts were pale with brownish markings. (less markings on the shoulder) The mantle down to the tip of the tail were brown. Beside the European Shag, it did look slightly smaller with a shorter neck, as you can see from the shots below. At the time, I didn't get anything on the bareparts.

Although this shag showed many features of Mediterranean Shag it will never be proven. I let everyone know about the bird when I got to St Mary's, but there has been no more sightings of it. 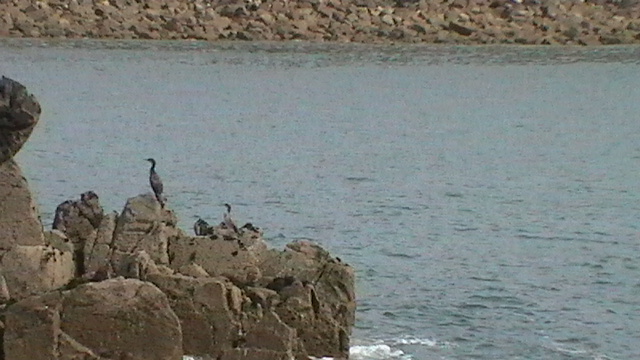 Note the size difference and slightly longer neck on the European Shag to the left. 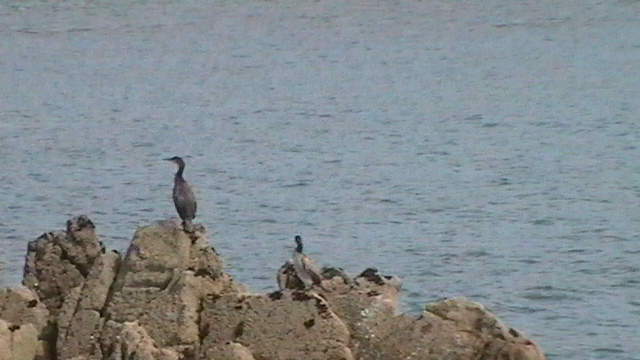 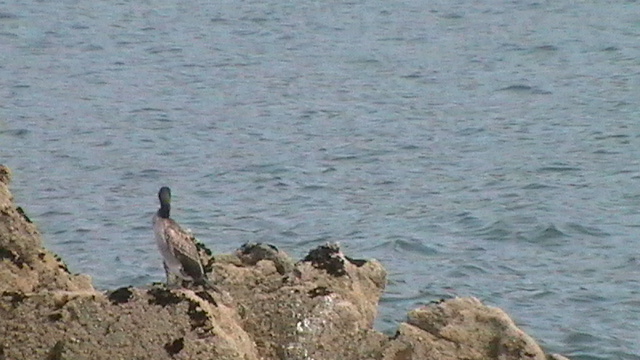 The greater coverts are dark centered, forming an obvious narrow dark line, with broad pale fringing. The rest of the coverts look pale, but that could be to do with the light. 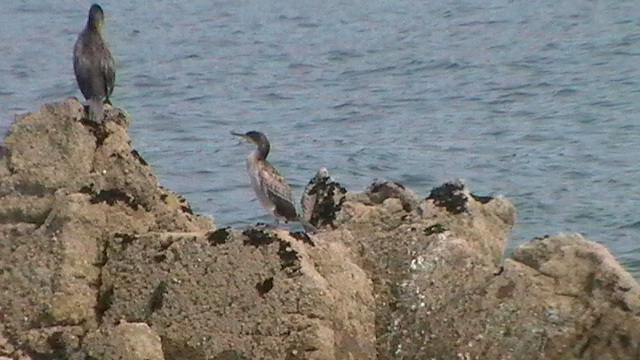 I have never observed a European Shag as pale as this one. Extensive white underparts and pale wing coverts contrasting with dark head, neck, tertials, secondaries and primaries.
Posted by scilly spider at 5/29/2011 01:27:00 pm