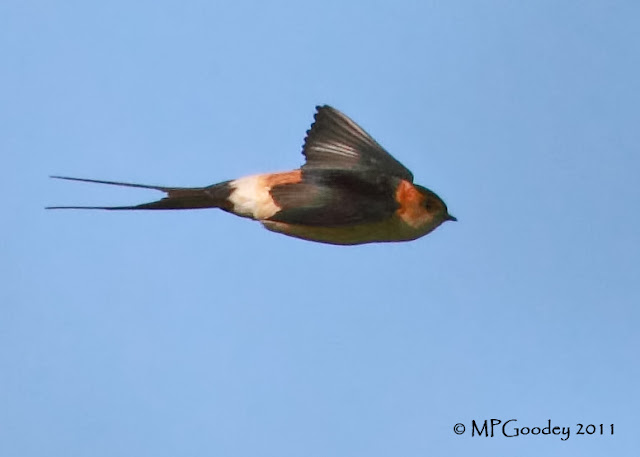 RED-RUMPED SWALLOW at Higher Moors Martin Goodey
While trying to see yesterdays damn bloody Short-toed Lark on Porth Hellick Down, I lost my mobile up there somewhere. So from 05.30 this morning, after hearing the 2 Grasshopper Warbler at Carn Vean, I was at Porth Hellick. Here there were only 50+Swallow and roughly the same as last night, 30 odd House Martin. I then made the trek up to the down, knowing that I am not going to find the phone and after nearly two hours of retracing my foot steps, I didn't! I went to see Jim and helped him unfurl the nets at the ringing station and then made my way back to the wagon, feeling like crap! As I reached the crossroads, I couldn't help but notice that the House Martin had increased and counted 84 on the wires, with others flying nearby. They must of come in during the drizzle that passed over at 06.00. With no sign of a Red-rumped Swallow with them, I drove off to work.
At 07.59, news from my Birdnet pager read, 'RED-RUMPED SWALLOW on wires at Porth Hellick!' 'A?' I missed that! After I did a few taxis I was at the crossroads observing a stunning RED-RUMPED SWALLOW with the other usual crowd! It proved pretty mobile, associating with mostly the House Martin, but if you stayed put on the road, looking over towards Holy Vale, after 10-15 minutes the bird would return. Mark Prestwood was the finder and this makes it my 7th Red-rumped Swallow that I have seen from the wagon! I could of watched the swallow for hours, but only one hour was allowed as I had to get to work. 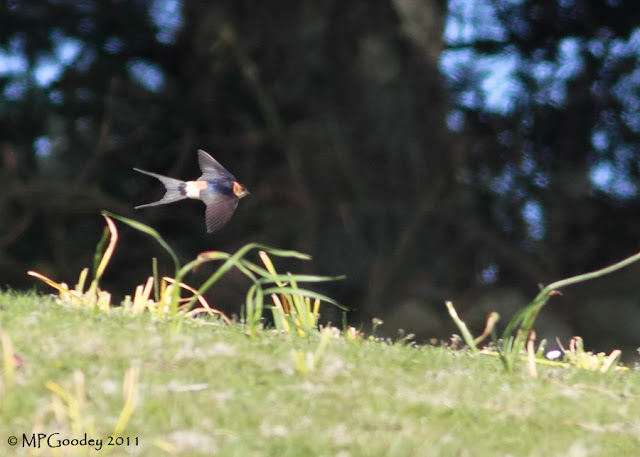 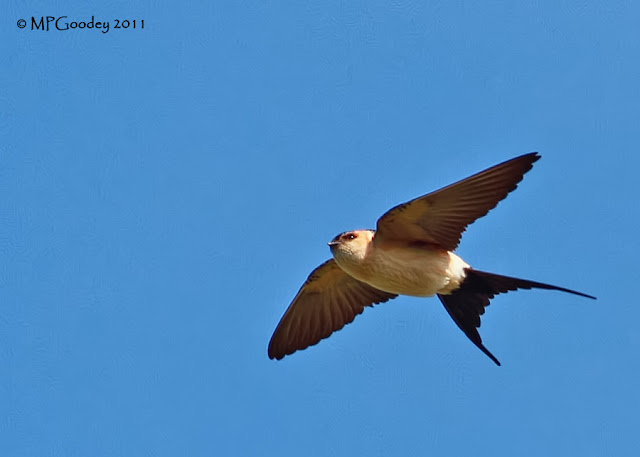 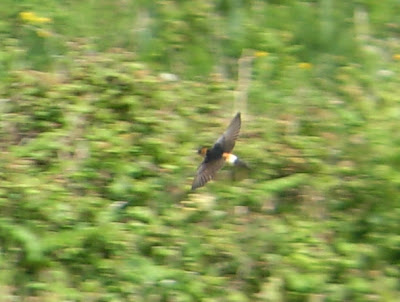 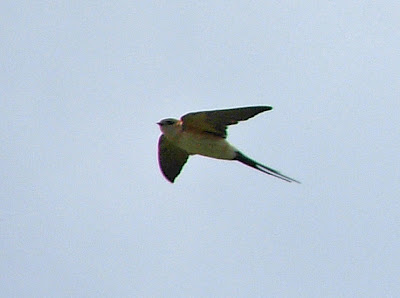 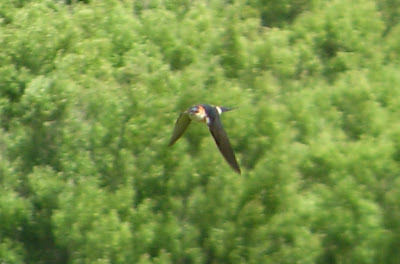 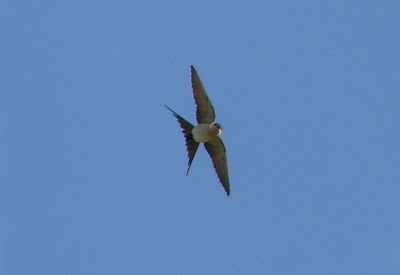 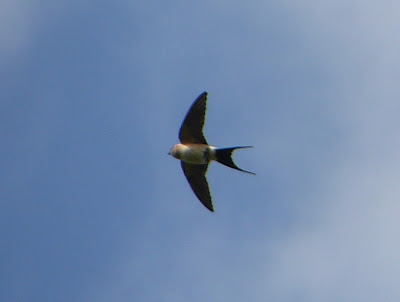 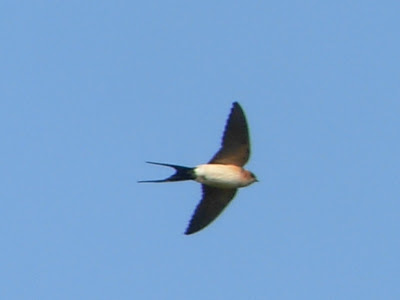 RED-RUMPED SWALLOW showing well at Higher Moors Robin Mawer
Later in the evening, Robin and Mark spent a good hour with me looking for my mobile on Porth Hellick Down and there was no luck in finding my mobile. The rest of the evening was spent the same way as this morning. Scanning the fields and skies at Higher Moors looking for the RED-RUMPED SWALLOW. On arriving at the crossroads, we immediately saw the bird hawking around with other hirundunes. After a while, it stuck around myself and Nick, as the others had gone, and showed very well landing on the wires briefly. Just before dark, the Red-rumped Swallow went to roost in the reeds at Porth Hellick with over 160 Swallow and 120 House Martin. 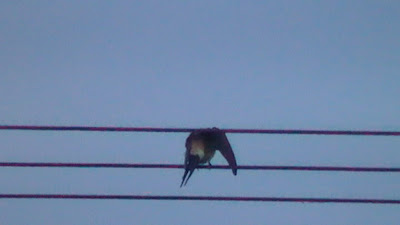 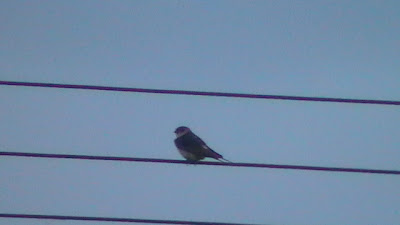 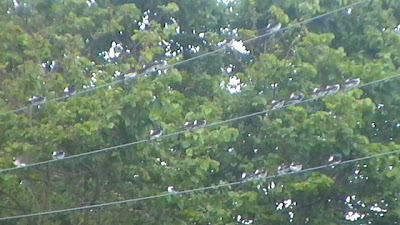 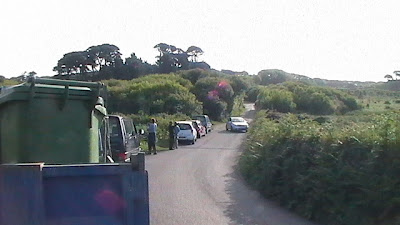 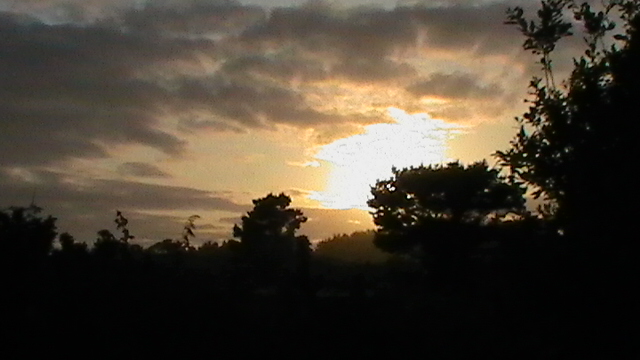