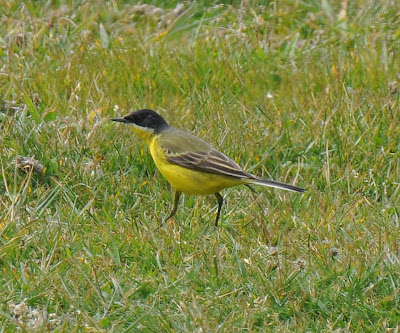 1st summer male GREY-HEADED WAGTAIL at Troy Town, St Agnes Rob Richardson
At 16.00 I got on the Surprise to go and see yesterdays Black-headed Wagtail,  feldegg, that was found by Colin Sage and Rob Richardson at Troy Town, St Agnes. When I arrived at the Angy quay, all the birders who caught the morning boat, were returning back to St Mary's. I was told where to go and with Tean in toe, we made the ten minute walk to Troy Town. Graham was just leaving the site as the bird had flown off! He stayed to help me relocate it, but there was no sign and we decided to look elsewhere. As we were just leaving, we both heard a flava wagtail coming into the area where we had just left. My second glimpse of the bird was briefly in flight going away from me, but you could easily note the black head. It came down just over a wall in front of us. Ten minutes later and Graham had it on the deck where it showed at very close range, but it was soon off again and landed with some cows nearby. It proved very mobile commuting with Troy Town Maze and the cows near the farm.
We were all hungry and just before 18.00, Graham went off to have his toast that he should of had an hour ago, while we went off to the Turks Head and had home-made beefburgers. Maybe we choose the wrong day, because Tean and I didn't enjoy are evening meal there and were very disappointed. Higgo arrived on the supper boat and later we joined him and Graham and for the next twenty minutes we all got very good views in good light. 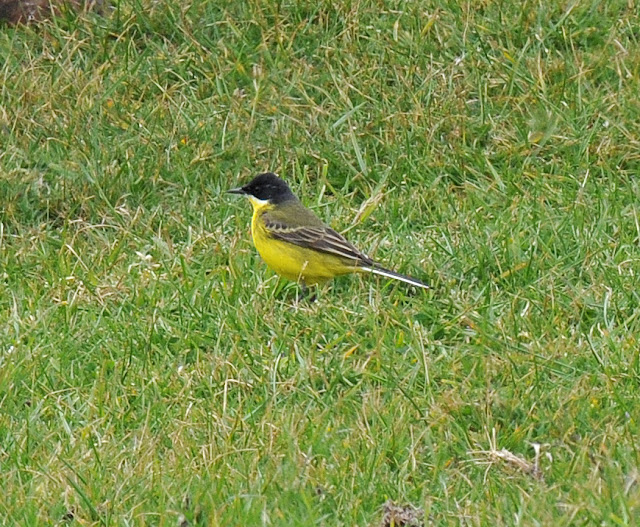 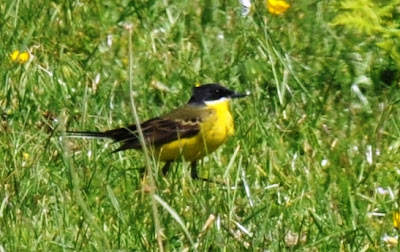 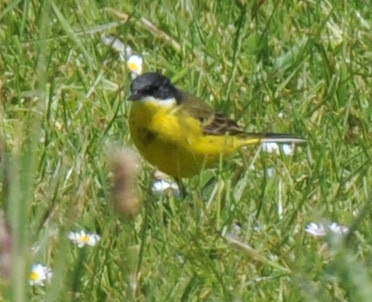 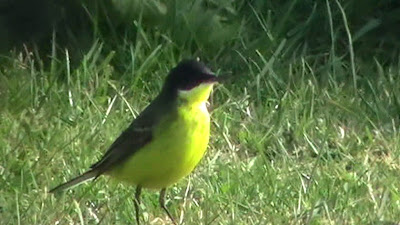 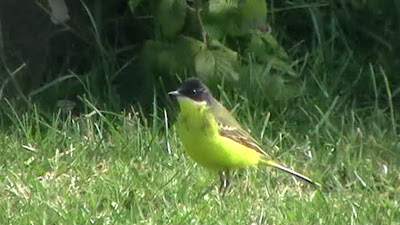 Note the white flecking behind the eye. The head also didn't look glossy, but this could be to do with the light.  Apparently these two features can be shown on 1st summer birds, but the white sub-moustachial stripe is too long, according to BWP. 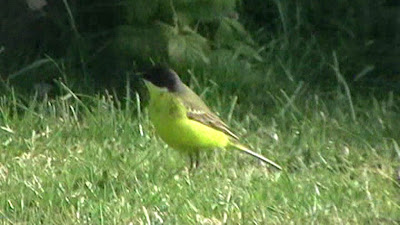 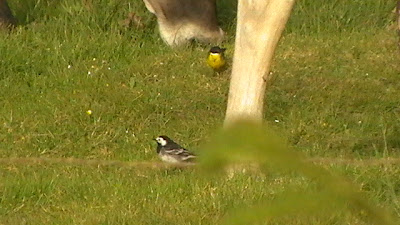 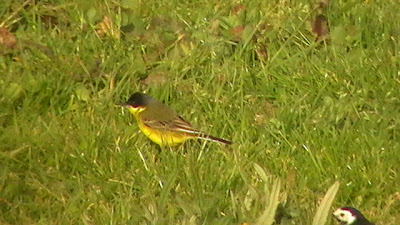 Feeding with a male Pied Wagtail. The yellowish green mantle suggest feldegg, but the greyish blue feathers on the nape is not a good feature.

1st summer male GREY-HEADED WAGTAIL? feeding at Troy Town. The call as the bird flies off sounds like a flava wagtail.

If you take into account the white sub-moustachial stripe is longer than usual, the greyish blue nape feathers, the call sounding like a flava wagtail, my opinion is that it is not a Black-headed Wagtail. All these characteristics point more towards thunbergi and everyone seems happy that it is a 1st summer male GREY-HEADED WAGTAIL.
There have been 10+ Scilly records of this race, but it was the first one that I've seen here and only the second bird that I have ever come across.

Flave wagtails are a complex matter and can create headaches. To me this bird did look really good for Black-headed Wagtail, but I've only seen the only record accepted on Scilly so what the hell do I know!

Dave Rosair found a male BLACK-HEADED WAGTAIL over a week ago, 4th May, on the Great Pool, Tresco.
As stated before, the only record accepted by the BBRC was a 1st summer male seen first by a visiting birder, Paul Flute, on the 4th May 2003,  in front of the hides at Lower Moors. He had only just returned from a holiday where feldegg breed, where he saw hundreds apparently. Fortunately he let everyone know by noting it on the bird board at the Pilots Gig. The following day it was seen briefly by Paul Stancliffe on Porth Hellick Beach before flying off. On the 6th May, it was pinned down in a field at Carn Friars, where it commuted with the pool on Porth Hellick, and in this area is where everyone connected with it. 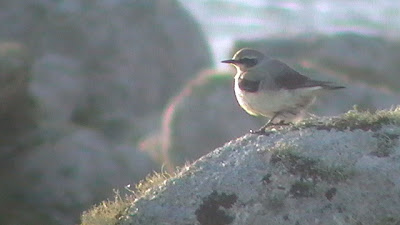 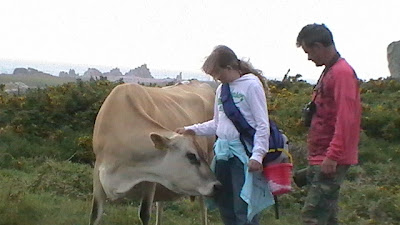 Tean and Graham getting friendly with the cows... 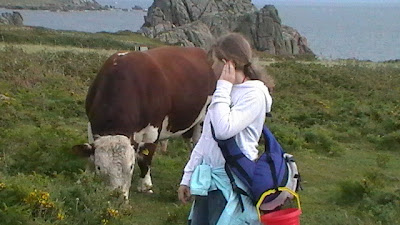 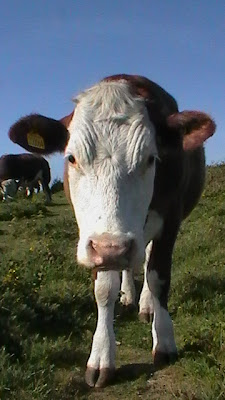 And one of the cows getting to know me 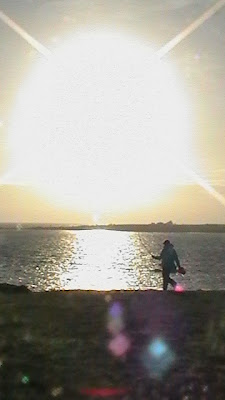 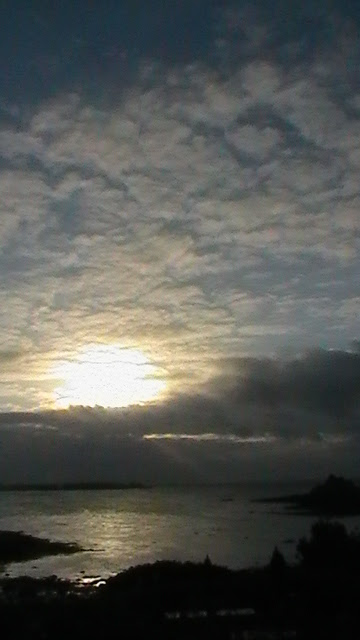