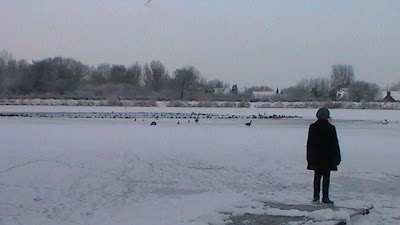 I'm in Shropshire, that great birding county, and there is deep snow everywhere. Never the less it didn't stop Tean and I going out for a ride in country for an hour. First we looked at Trench Pool. Except for a large hole in the center of the pool, the rest of the pool was totally frozen over. Where there was water, there were 9 each of Pochard and Tufted Ducks, 1 Little Grebe, 8 Moorhen, 50+Mallard and 205 Coot. 2 1st winter Common Gulls were also present.
We drove around to nearby Hortonwood. As well Allscott Sugar Factory, this is where I used to go birding when I was a kid. Nearly in every field there were a pair of Lapwings breeding. Now, like everyhere else, the fields have been concreted over with buildings and houses. I showed Tean the tree where I once ringed two young Tawny Owls. Nearly 30 years ago I found a hole in a tree where the Tawny Owls were breeding and then got one of the many ringers that I used to ring with, to come down and ring the chicks. I climbed the tree and brought them both down to be ringed. I must of been 10 or 11 years old at the time. The tree is now sounded by buildings and I would exspect that the Tawny Owls have moved on a long time ago.
There's a man made stream that goes straight through Hortonwood, and in the winter when I was a kid, I used to walk it and flush 4-5 Green Sandpipers quite reguarly. Tean and I parked on the bridge, where the stream runs under and looked over, 2 Green Sandpipers got up and flew a short distance. After all those years, they were still wintering here and no one probably doesn't know anything about it. Also, I spotted a Woodcock on the edge of water out in the open! 3 Bullfinches were nearby and Buzzards were everywhere. How much I wanted to walk the stream again, as I knew there would more than likely be more sandpipers wintering. As we were driving around we came across some Wood Pigeons in a field next to the road. It's only when we stopped, we noticed how many there really were. Tean counted them and gave up after 500. There were well over 3000 birds!! We carred on and the Wood Pigeons were all over the shop. In the end I thought there were over 5000 birds!! The most I've seen anywhere and what about the fields that we cannot see from the roads. In one of the fields there were also 50+Skylarks. 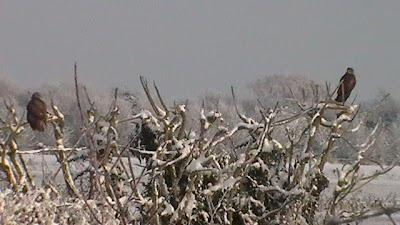 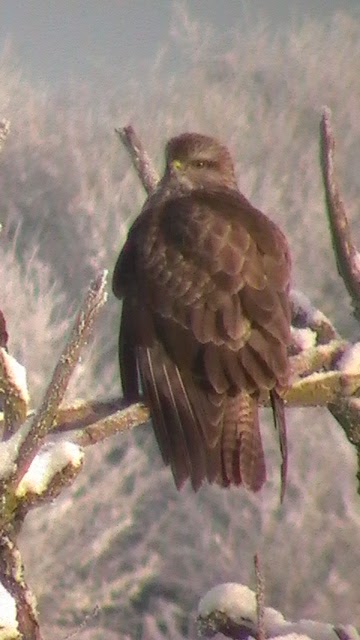 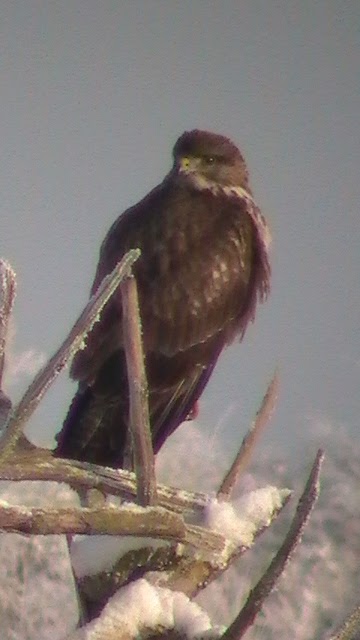 Two of the many Buzzards at Hotonwood
Over 5000 Wood Pigeons were in fields at Hortonwood. It doesn't look like many, but believe me when I say that there are over 2000 in this field with another 1000 in the field directly behind us!!

This Woodcock was feeding with 2 Green Sandpiers out in the open on the man made stream running through Hortonwood. 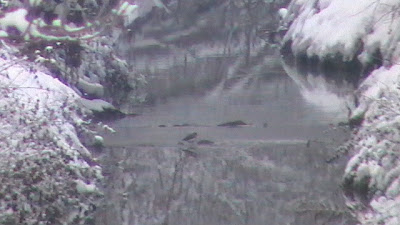 One of the 2 Green Sandpipers at Hortonwood. 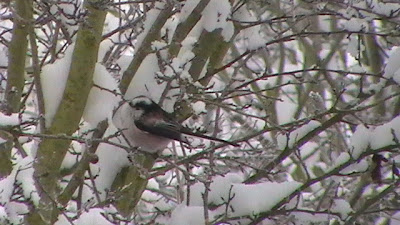 One of the 20+Long-tailed Tits moving through the bushes that boarders the man made stream thats runs through Hortonwood. 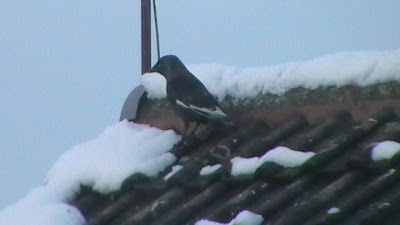 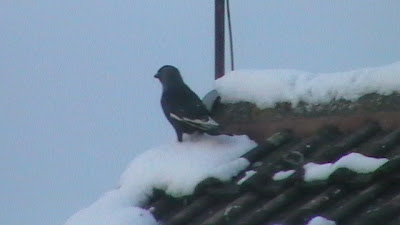