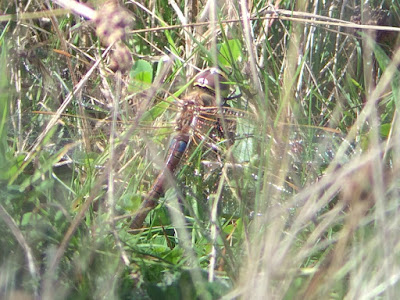 Will Scott found this 4th Male VAGRANT EMPEROR for Scilly in his garden at Longstones. When I returned from Tresco the dragonfly had moved on. Only last week one was indentified by photos at the Big Pool, St Agnes Will Scott

After the westerly flow and rain, it felt good today that a yank might be found! By 08.30 I was at Newford Duckpond observing 3 Yellow-browed Warbler, 1 Pied Flycatcher, 1 Grey Wagtail and 4 Chiffchaff. There was an obvious arrival of YBW and this was confirmed when other observers had 3 more birds on the Garrison with a single Firecrest. I thought of goin to St Agnes, but when Graham Gorden told me that there were at least twelve birders on the island, I made my ways to Tresco at 10.15. I picked the wrong island. Simon Colenutt let me know about a Red-breasted Flycatcher he found by Simpsons Hide but I dipped! He went on to find a Yellow-browed Warbler and Wryneck at Bourough Farm. 37 Greenshank on the Great Pool and while watching the Great-spotted Woodpecker that was discovered last week at Well Cover, a text came through from Graham 'Vireo parsonage!' Which one? I called Graham and he told me that it's a Red-eyed Vireo found by Mike and Kathy Young-Powell. 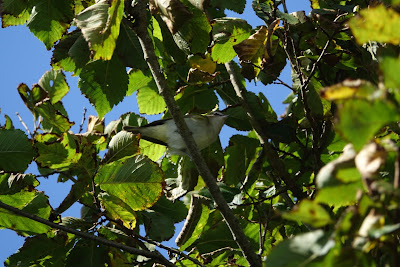 Red-eyed Vireo at the Parsonage. Chris and Juliet So somethin made it across the pond.

Although Kevin Cade was on Bryher, at 14-30 I crossed the Tresco Channel and went looking for a Yank but all I got was 2 Whinchat, a flyover Lapland Bunting and at Samsons Hill, Wryneck. Kieth Pellow called me to say that he had found a Bonelli's Warbler sp at Peace Haven, St Mary's. When I returned home, I only saw the Western Bonelli's Warbler very briefly in the tall pines at Peace Haven in the dull light. 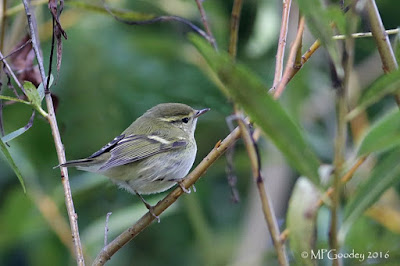 Over the last week, the first Yellow-browed Warblers arrived with 4 birds on St Mary's, 22nd. I managed to catch up with singles at the golf course and Newford Duckpond. Martin Goodey 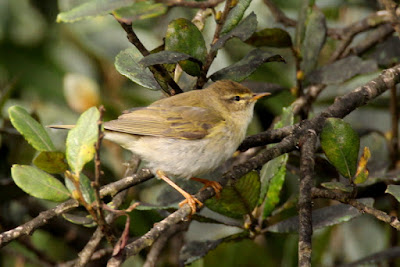 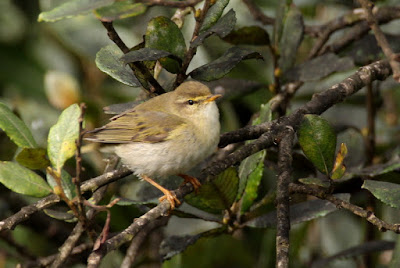 At the latter site on the I had this Northern 'type' Willow Warbler (20th-23rd). 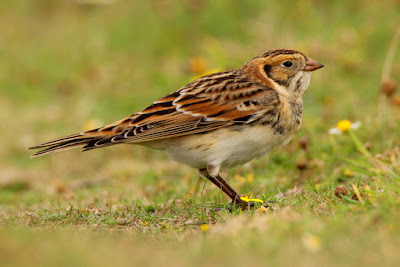 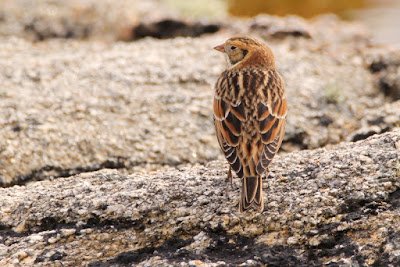 This male Lapland Bunting was at Deep Point, 21st 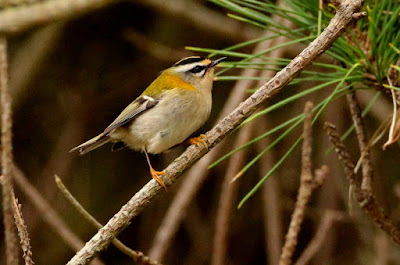 I had this Firecrest at Trewince, 20th with another at Higher Moors. 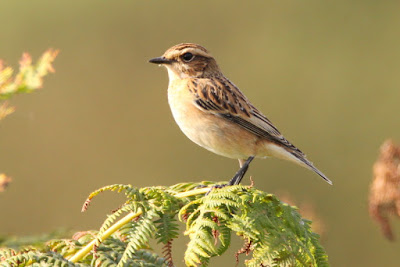 Small numbers of Whinchat around 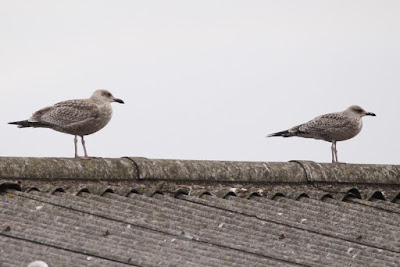 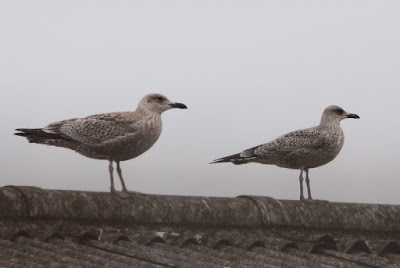 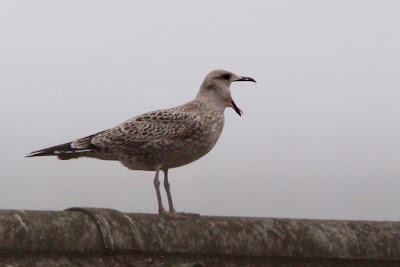 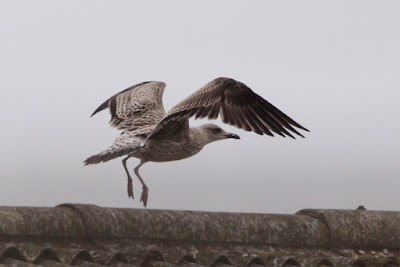 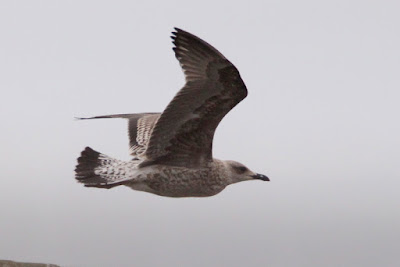 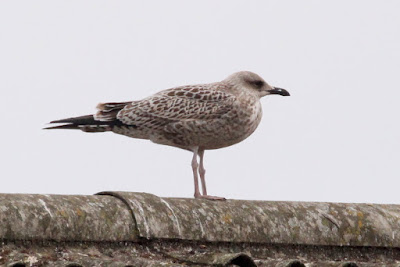 Higgo found this interesting juvenile Lesser-black-backed Gull at the St Mary's Tip yesterday. With the small size, long primary projection and jizz of the bird, I thought that it might be a Baltic Gull and told Higgo. His reply was 'For the first time, I agree with you!' My reply 'It's not the first time, it's the second time' I also told him that, even if it was a Baltic Gull, it would never be proved to be one. And that's what a gull expert said as well when seeing the pics. 'Looks like 'fuscus' but you'll never prove it and there are small female intermedius.

On St Agnes was the bird of the day. A Red-eyed Vireo in the Parsonage. A Grey Phalerope was off Browarth with the Wryneck in the fields nearby. A Bonxie flew over Burnt Island and a Little Stint and Curlew Sandpiper have joined the Lesser Yellowlegs on the Big Pool. The first Red-breasted Flycatcher were 2 birds on 23rd with one still present today. A Hen Harrier was over Gugh, 20th. When Graham Gorden text me with 'Red-breasted Fly behind my house' I had no idea what the place was called where he lived and asked 'What's that called?' He came back with 'Ronnie the Red-breasted Fly!

On St Mary's, Kieth Pellow found the firth juvenile Red-backed Shrike of the autumn in fields below the golf course club house, 20th. Yesterday 2 Cory's, Baleric and 3 Sooty Shearwater were off Peninnis. At Bants Carn there was a Hen Harrier, 21st, where all week there has been a Wryneck. Another Wryneck was at Carn Friars, a Hoopoe was on Peninnis with the Black-necked Grebe is still in Porthcressa Bay.

Savages are a London-based post-punk revival, noise rock band, formed in 2011. Their debut album, Silence Yourself was released on May 6, 2013 via Matador Records. It reached number 19 in the UK Albums Chart in May 2013, and was critically acclaimed. It peaked at number 5 on Irish and UK Independent Albums Chart, and at number 13 on US Billboard Independent Albums. The band's sophomore album Adore Life, was released on January 22, 2016.[1] Both albums were nominated for the 2013 and 2016Mercury Prize.
Posted by scilly spider at 9/25/2016 11:34:00 pm