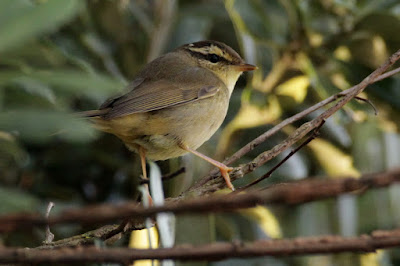 The SSE produced the goods today and this morning while at the fuel station at Porthcressa I heard Redwing overhead and looked up and saw 2 Hawfinch going east. At Higher Moors I could hear a Bullfinch nearby and between the latter site and Porth Hellick there were 6 Yellow-browed Warbler, 1 Siberian Chiffchaff,  4 Firecrest, 3 Hawfinch and 20+Chiffchaff. Chaffinches were moving out to sea overhead and in an hour some 300 birds went through with the odd Brambling heard. 130+Fieldfare also moved through. Did a Taxi up to the airport and flushed the Hawfinch off the road at Airport Lane. 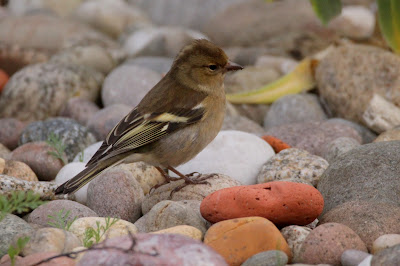 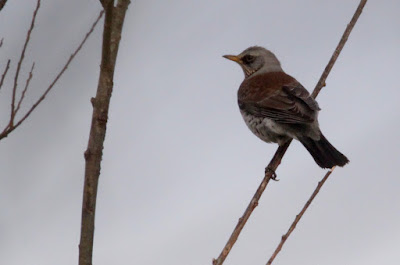 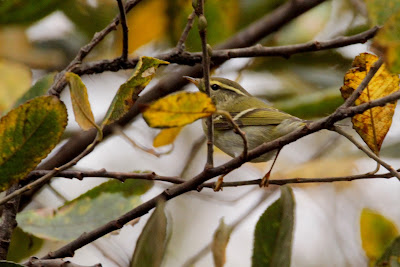 I had up to 6 Yellow-browed Warbler

Just after 13.00, Graham Gordon let me know that he had just found a Siberian Stonechat in fields at Tamarisk Farm on his beloved island, St Agnes where he had moved over to late this morning. He also had a single Hawfinch and Yellow-browed Warbler.
At 14.30, I was picking guest up when Viv Stratton called 'Got a Radde's Warbler at Borough Farm Kris!' Ideal! I put the news out and with Ren and Big Al in me wagon, we arrived at the farm and the radde's showed very well but briefly. After this, it proved hard to get as it disappeared deep into the brambles inside a ruined barn but on occasions it popped up into the open for the small assembled crowd. Bramblings were also heard overhead. 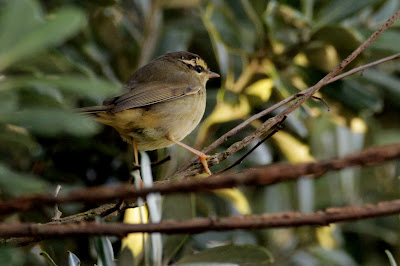 Radde's Warbler showed well on and off 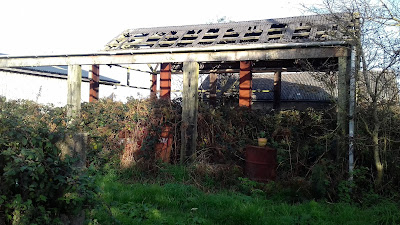 The area where the radde's hung out 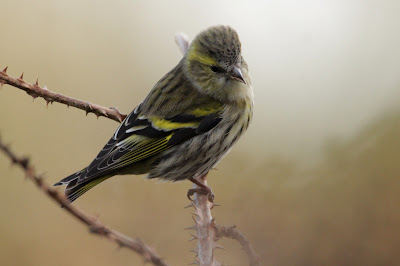 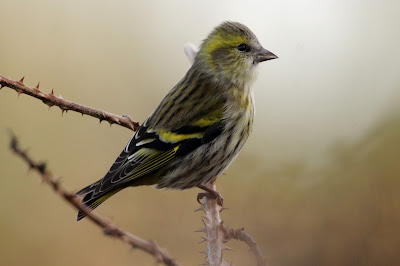 While waiting for the warbler, this female Siskin landed a spitting distance from where we were all standing 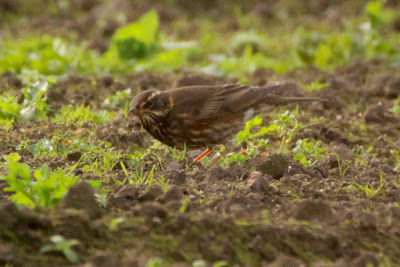 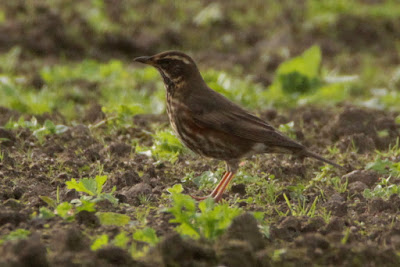 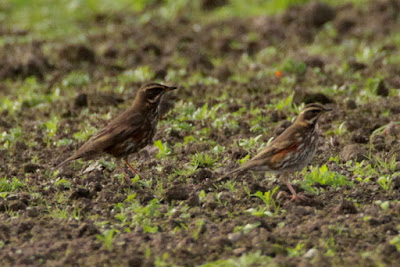 I had this darker, heavily streaked, larger looking Icelandic Redwing at Pelistry

Also seen on St Mary's, Graham Cunsdale had a Great-spotted Woodpecker at Trenowth, Mark Haliday had a Richard's Pipit over Peneinnis, a Little Bunting flew over Longstone, the Olive-backed Pipit was still in the Stranding Stones Field, the WILSON'S SNIPE still at Porth Hellick and including mine, there were a total of 15 Yellow-browed Warbler. Jim trapped a Pallas's Warbler at Porth Hellick but like 2 other Chiffchaff it was underweight and he released all of them unringed.

The Surf Scoter was still in the Tresco Channel. 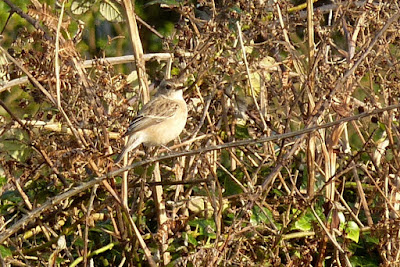 Record shot taken by the finder, Graham Gordon of the Siberian Stonechat on St Agnes