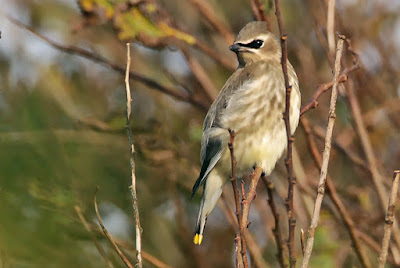 The 2nd Scilly and 7th Uk record of CEDAR WAXWING was discovered by Will Wagstaff on St Agnes!!

First taxi to the airport this morning found the ISABELINE WHEATEAR in the same area at the north end of the airfield. A quick look at Porth Hellick with 925 and still present was the Pectoral Sandpiper.
I was just leaving the airport with guests at 11.40 when mega went off on the pager 'CEDAR WAXWING at Broweth, St Agnes' Higgo told me there was a boat at 12.15 which I made in time and joined the 30 plus birders on board. Once on St Agnes we were told that the bird has not been seen since 11.50 when it was flycatching in the corner of the Broweth fields and disappeared out of sight on the otherside. I split and started searching but it was not until another three hours that the waxwing was seen flying with Starlings from the lighthouse towards the Coastguard cottages. Here, a single observer saw it perched in the Elms briefly and shortly afterwards it was spotted again in the same area. This is where everyone present connected with it to the relief of the Scilly birders who missed out on the June 2015 individual.
It was still distant and after 10 minutes it flew off. Graham Gorden grabbed me and we disappeared into the fields where it might of flown to. Graham picked it up, tight in against a hedge, only meters to where it was before. It showed well but no one was aloud in the field as it was private. It flew around calling before flying off strong towards Coastguard Cottage. It was soon relocated again in St Wana's and here it gave very close range views as it sat there in the Elms for the small crowd before flying off. What is next on the cards for Scilly!? 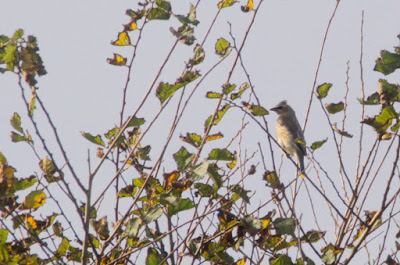 This was the first view of the waxwing 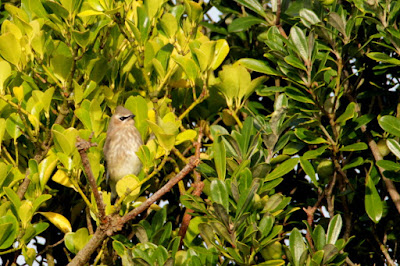 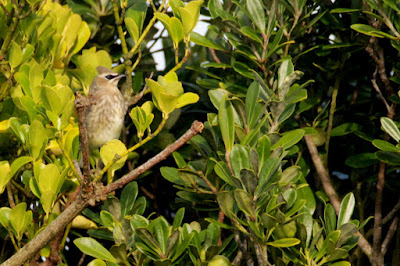 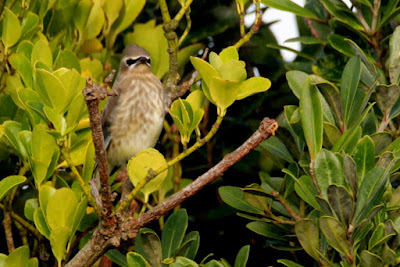 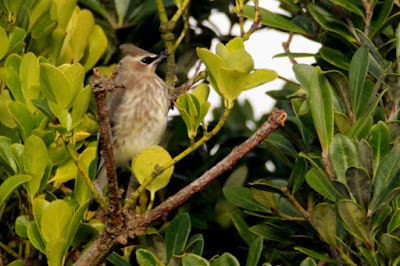 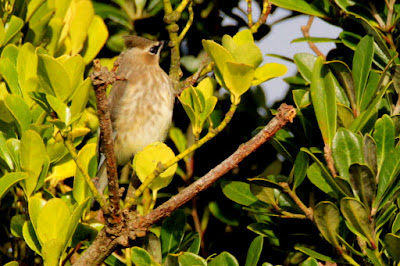 Not long after showing a lot better in the sun 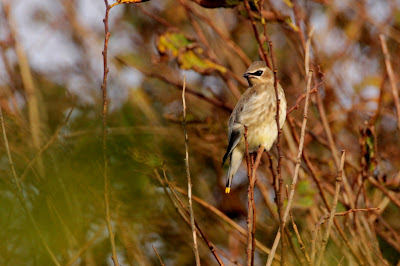 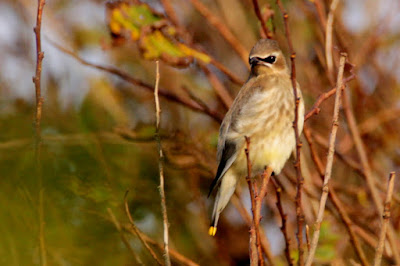 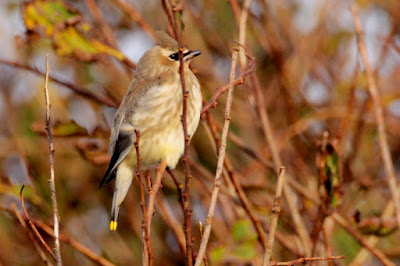 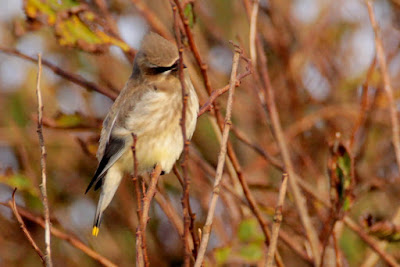 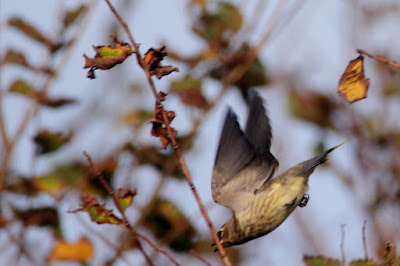 And then finally it gave itself up to everyone present showing off in the evening light before flying off only to be relocated again when we had all left to catch the return boat back to St Mary's at 18.00 Here an account with pics of the first record of Cedar Waxwing for Scilly that only four us managed to connect with as it was there very briefly http://scillyspider.blogspot.co.uk/2015/06/1st-cedar-waxwing-for-scilly.html 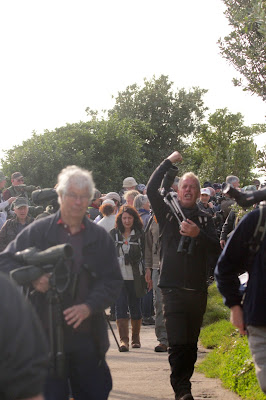 Celebrations all around after seeing the Cedar Waxwing 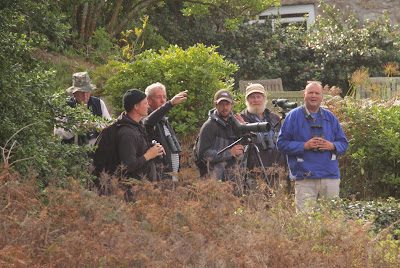 Cliff Smith told a joke three times and by the look of Higgo's face, he was still the only one that didn't get it! 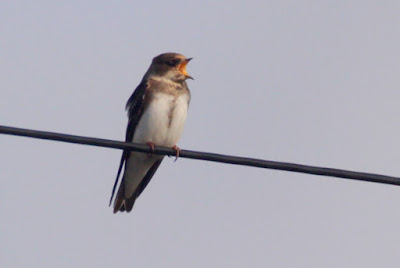 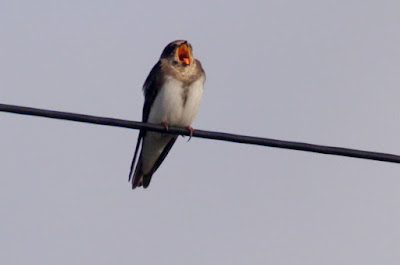 This Sand Martin was with 5 Swallow near to the lighthouse. I also saw on the island 2 Willow Warbler and Chiffchaff, 1 Pied Flycatcher and 1 Kingfisher. Other birders managed to see 2 Wryneck, Firecrest and Turtle Dove. 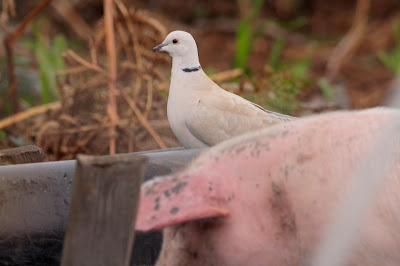 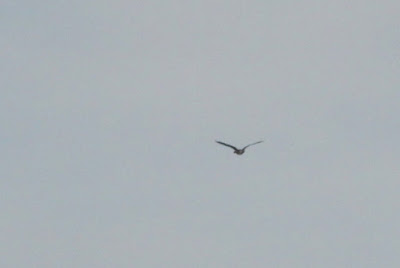 A record shot of a Pink-footed Goose flew overhead as we returning towards St Mary's on the boat making it's way north towards Porthcressa. Was this one of the six still on Tresco or a new arrival?

The CLIFF SWALLOW was still on Tresco with the 3 Bee-eaters. Later in the afternoon, Ritchie and Tony picked up the Cliff Swallow moving through with Swallows over Deep Point towards Porth Hellick, St Mary's. After 18.00 it was seen again over Peninnis and then later, Lower Moors where it was thought to go to roost.