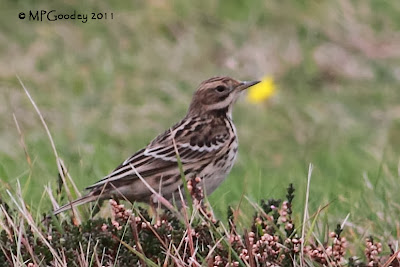 While cleaning me van this morning at Star Castle, 12 Chaffinches moved SW and there were 2 Goldcrest in the garden. Then just before 10.00, news came out that yesterdays mobile RED-THROATED PIPIT had been nailed on the Golf Course. Over an hour before this, it was first seen over Carrig Dhu Gardens by Will Scot, heading towards Golf Course. Will also relocated the female SUBALPINE WARBLER on the Dead Pine Walk, Garrison, later in the afternoon.
It was not until my second visit at 11.30, that I conected with it and when I first saw it, I thought to myself that if I came across this bird, I could of easily overlooked it. And that's the way that everyone seemed to think. There were maybe 50+birders watching this bird on top of chicken wire, showing pretty well, and after five minutes, Dick Filby was asking out lound, if we had the right bird? It was not a well marked bird, but when it flew off overhead, it immediately gave that distinct call twice and landed nearby. Here it performed really well and in better light, it started looking more like a Red-throated Pipit. A female Merlin also flew over and there were 2 Wheatear on the fairways. 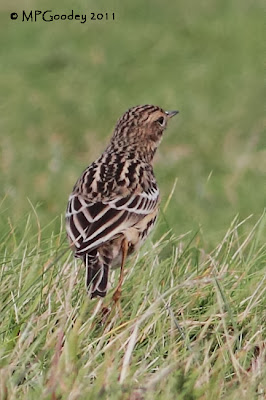 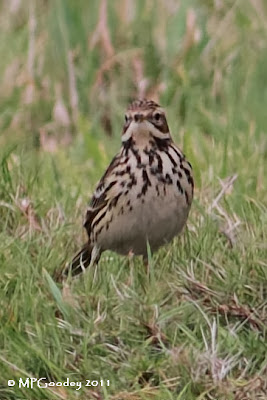 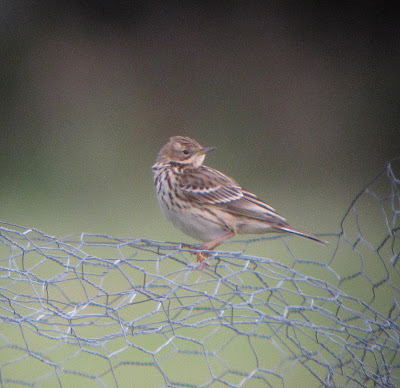 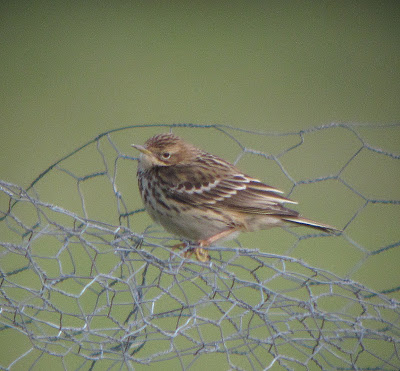 Looking like a Meadow Pipit, now and then, on the chicken wire. Nathan Casburn


You can hear it call near the end of the footage

Higgo called to say that yesterdays BLUETHROAT was showing well in the paddocks at Carn Friars. I picked him up with Mac in town and we joined Ren and Phil Davinson, who were already watching it. It was a few meters away from the crowd of 50 on the otherside of the paddock. So Mac and I made our way towards them and the damn thing flew further down the field. Here it still performed well for a good ten minutes before disappearing over into the brook that separates Porth Hellick and Carn Friars. It was a smart looking bird with blue on the throat.
Mac told me that when he was watching the Subalpine Warbler on the Garrison earlier on, with a line of other birders, his mate Dirty Den said to them all 'Can you move further down? The suns in my eyes' I wish I was there. I would of cracked up and of course, nobody moved. 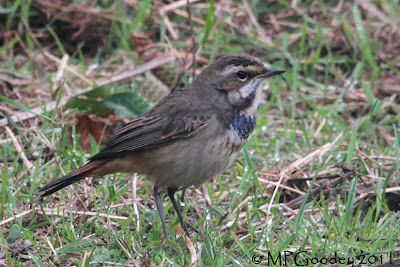 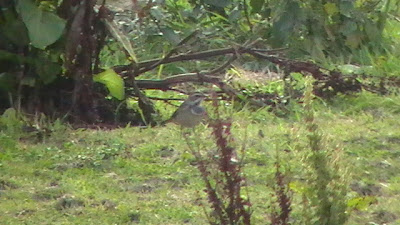 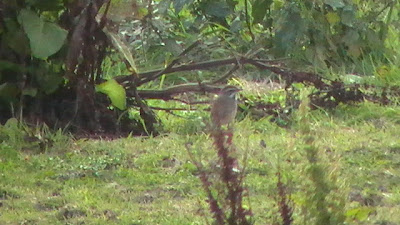 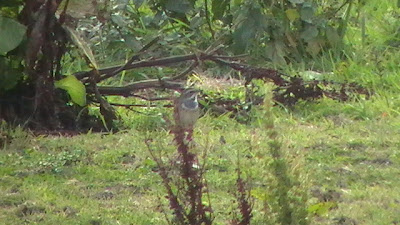 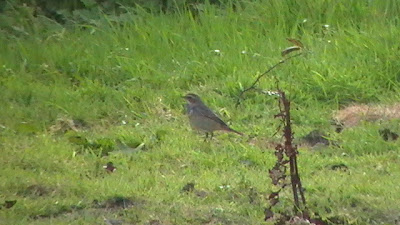 Although distant, you can still see that this 1st winter red-spotted male BLUETHROAT was a good looking bird 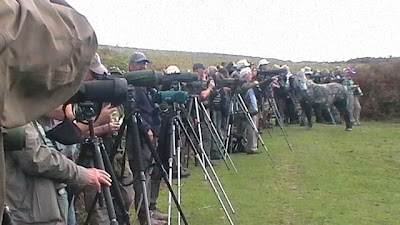 'ONLY FOOLS AND HORSES'

After work, I went to have a look at the juvenile UPLAND SANDPIPER and observed it in the bulb field that it favours at Borough Farm. Here I enjoyed it with only one other birder. We also heard the GREAT SPOTTED WOODPECKER over towards Newford. Just before dark, the fog once again rolled in and in the back of me garden there were singles of Willow Warbler, Blackcap. Goldcrest and the SIBERIAN CHIFFCHAFF. 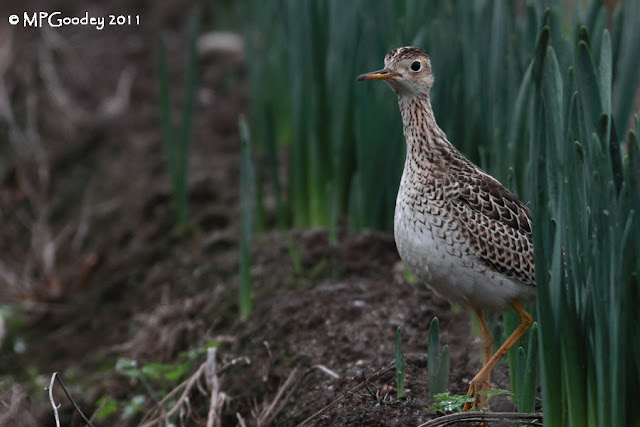 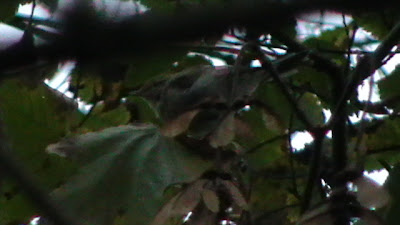 SIBERIAN CHIFFCHAFF just before it went to roost at Content