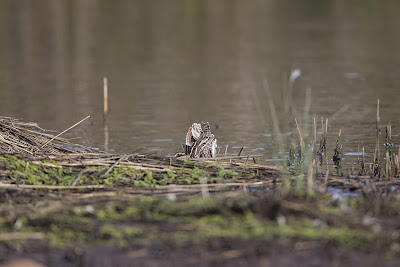 You can count all 16 tail feathers on this cracking shot taking by Chris Brogdale if you blow it up, comfirming that this is the  7th WILSON'S SNIPE for Scilly!
It was a question of getting that right photo showing the right number of tail feathers and also the barring on the white outer-tail feathers. As I said in yesterdays blog, everyone in the hide who had the experience and saw the detailed photo taken by Richard Stonier of the snipe that everyones talking about, could not understand why it was not a Wilson's snipe!? Full credit must go to Kevin Rylands and Ivan Lakin, who discovered the bird over two weeks ago at Lower Moors. Including the barring on the white outer-tail feathers, they got everything on the snipe. However, without a camera, there was really no chance of counting the right number of tail feathers, when the tail was spread. The next best thing they did, was to let other birders know about the bird at the time. 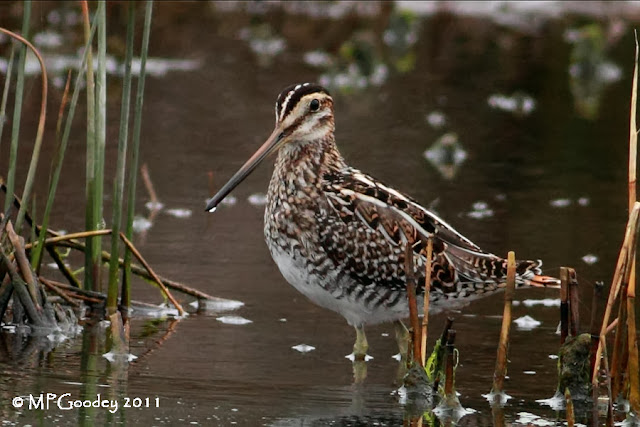 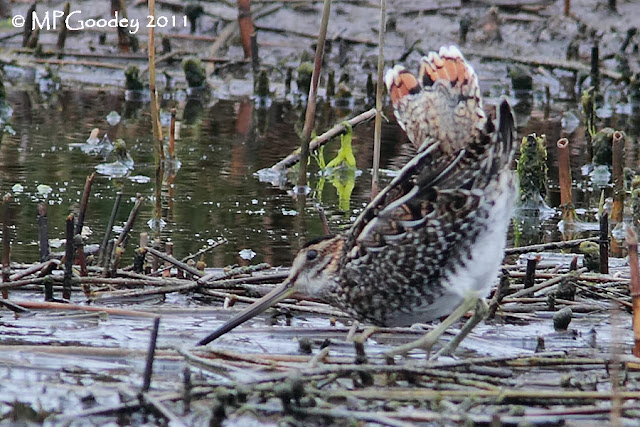 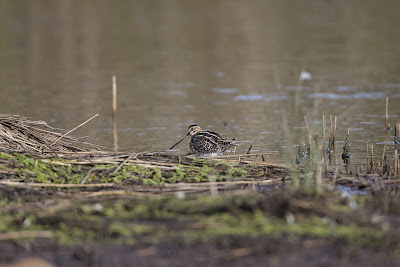 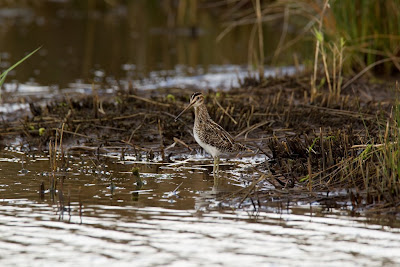 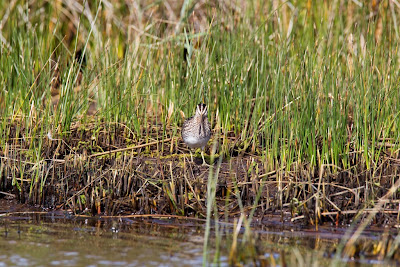 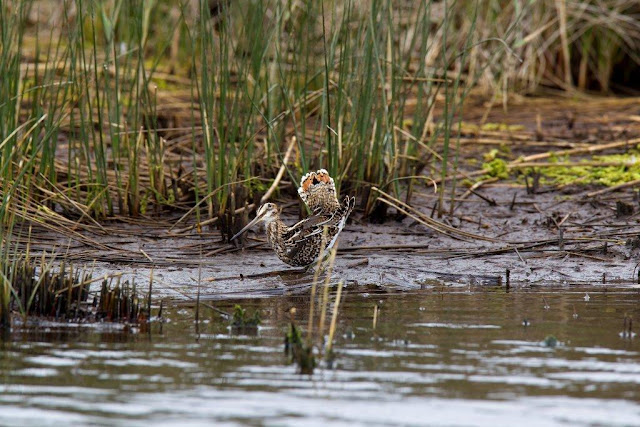 These 3 superb shots were taken by Richard Stonier Visit his website http://www.birdsonline.co.uk/
Mid-morning and Steve Young and co had just arrived at the airport and already they had ticked off the Juvenile AMERICAN GOLDEN PLOVER and SHORT-TOED LARK, both birds I saw earlier from the control tower. While talking to them, the BLACK KITE performed overhead. We observed it over Peninnis before flying towards us and once again it was over the airfield and gave me the best views I've had since it arrived. 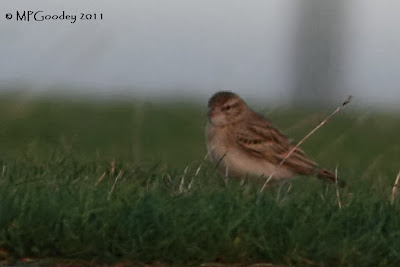 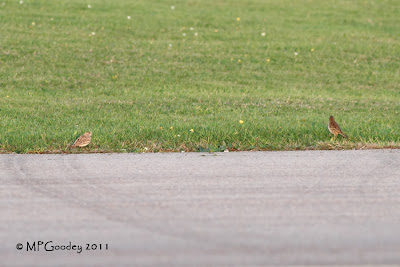 SHORT-TOED LARK with a Meadow Pipit 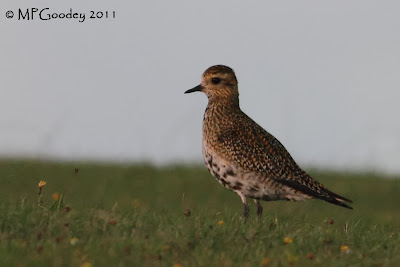 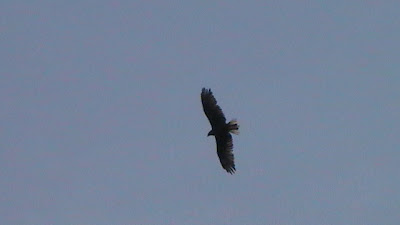 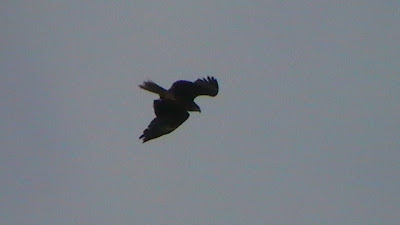 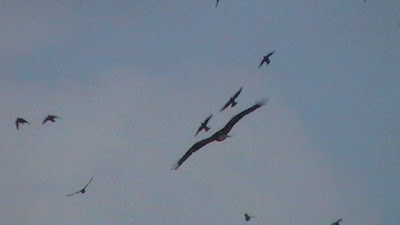 BLACK KITE over the airfield 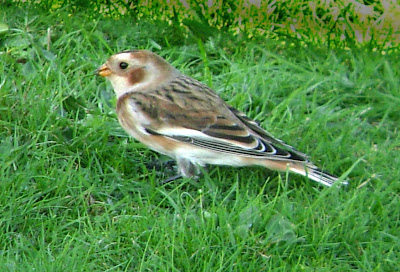