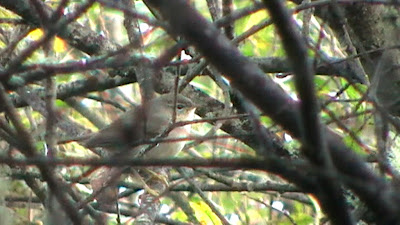 DUSKY WARBLER  in the Black and White Wood, Lower Moors
First bird that I saw this morning was a YELLOW-BROWED WARBLER at the entrance of the campsite at the footy end with a single Blackcap and Chiffchaff. Then news came out that there was a WHITE-RUMPED SANDPIPER at Porth Hellick Beach. I was going to be really busy this morning and I didn't get down there until mid-afternoon. There was no sign of it, but cutting through the ringing station back to me wagon, I got another YELLOW-BROWED WARBLER and the female GREAT SPOTTED WOODPECKER. I also had a chiffy briefly that looked very good for SIBERIAN CHIFFCHAFF, but I didn't hear it call. While driving to the airport, there was a very high total of 14 Little Egret in Old Town Bay! The most that I've ever seen together on St Mary's is 3! 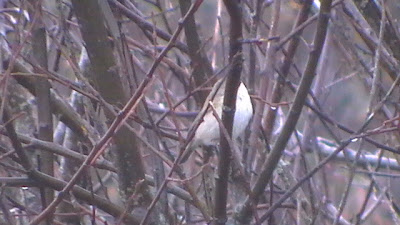 This was all I could get of the probable SIBERIAN CHIFFCHAFF 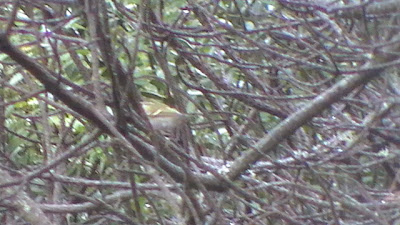 This YELLOW-BROWED WARBLER was very mobile and the last I saw of it, was the back end flying towards Higher Moors.
At 16.30, I had half an hour before my next taxi and thought that I would have a look for Steve Hall's Pallas's Warbler that he found this morning next to the hides at Lower Moors. Two days ago he found a Little Bunting in the same bushes! There were birders dotted along the main path, hoping to see the Northern Waterthrush thats still in the area, as well as the Pallas's, and as I put one step into the Black and White Wood, I heard a single call that I was sure was a DUSKY WARBLER! I had to hear it again and after a few seconds it called once and that was enough for me to search for it. I made me way deeper into the wood, heard it again, then looked up and there it was. It showed pretty well with a single Willow Warbler and then started making it's way towards the birders standing on the path. I ran out and shouted, 'There's a Dusky Warbler coming this way!' With in seconds there were 15 birders standing between the Shooters Pool and the hides. I put the news out and then my time was up and left them to it. Later I discovered that it was seen and heard by other birders. I also heard 2 YELLOW-BROWED WARBLER on the main path 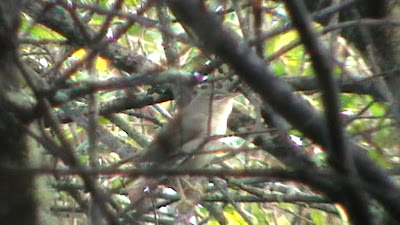 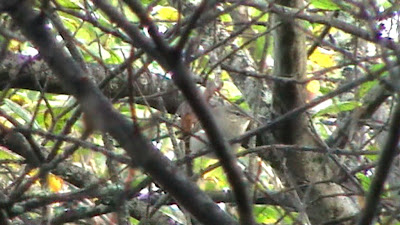 DUSKY WARBLER at Lower Moors
I also discovered that a dog walker flushed a nightjar sp with large white markings on the wings next to the lighthouse on Peninnis earlier today. For the last two days, a nightjar sp has been reported by non-birders at Peninnis and everyone can only think that it's more than likely a Nighthawk. So at 18.20 with Bryan, we met up with Higgo, Smoothy, Robin and over 30 birders near the lighthouse. However, we all chattered, stayed there to dark and saw nothing! 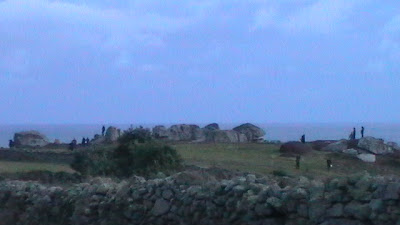 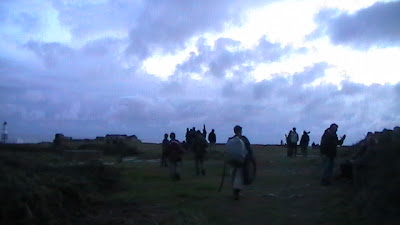 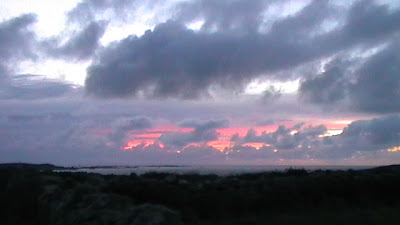 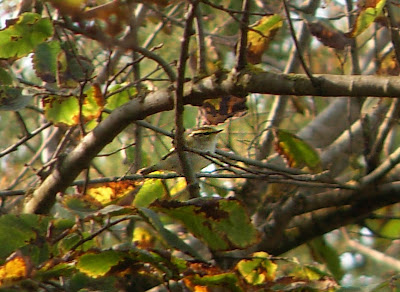 Heres a pic of the PALLAS'S WARBLER that was discovered on Friday, and is still present today, on Bryher. 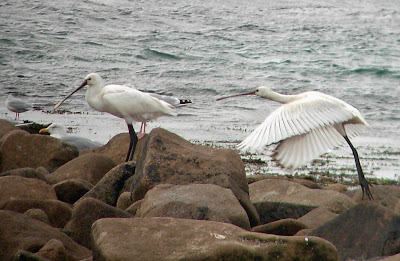 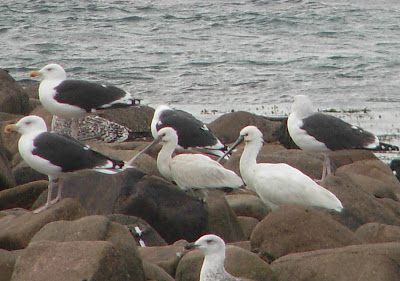 Juvenile and adult SPOONBILL on Green Island All pics taken by Robin Mawer
I heard this song, when it first came out in 2003, and thought I was listening to a black women singing, having no idea who Amy Whitehouse was. I still play it a lot today.
Posted by scilly spider at 10/24/2011 09:25:00 pm