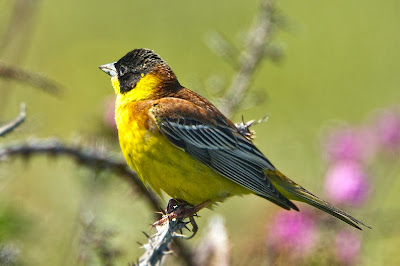 Got a text this morning from Bob Dawson with 'BLACK-HEADED BUNT, pool' There was no chance of me going over to Bryher and seeing it. I quickly put the news out and carried on working. The bunting was present throughout the day and performed very well.
Yesterday, Bob Dawson text me throughout the day while he was on the same island with first Quial, Shipmans Head, adult Hobby, 2 Turtle Doves and 2 GOLDEN ORIOLE. On St Mary's, all I could find were singles of Spotted Flycatcher, Willow Warbler and Swift at Pelistry. Later in the afternoon I got my first immature Hobby of the year fly over the house and I observed a Turtle Dove come high in off the sea on the Garrison. Otherwise, the rest of the week has been quiet for me. However, other observers have seen more Golden Orioles, including 4 together on the Dead Pine Walk, Garrison, last Wednesday. 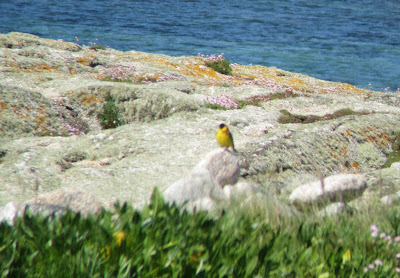 At a distance, but you can still see what it is Robin Mawer 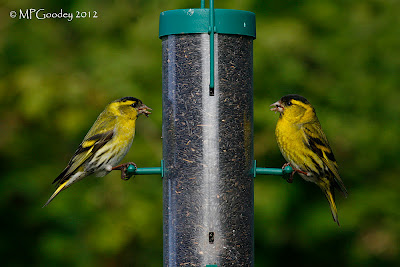 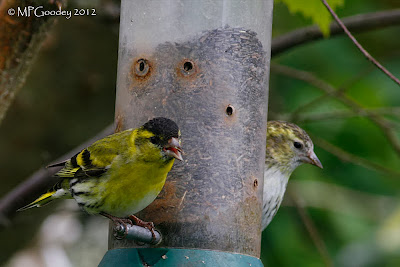 Two pairs of Siskin have been feeding in a Mcfarlands Garden since April and is highly likely that they breeding in the area. If so, this would be the first time this species has bred on Scilly!