Male GOLDEN ORIOLE in pines at shooting range/campsite, Garrison. The HOOPOE was on a branch just above to the left in the same tree!!

What a great day! It all started from late afternoon into the evening. By late morning I had already heard 3 Grasshopper Warbler with singles at Newford, Parting Carn and dead pine walk, Garrison. There were single Reed  and Sedge Warbler at Porth Hellick, with a Wood Warbler in sub-song. At Lower Moors there were 2 Reed and 1 Sedge Warbler and at work, Star Castle, 2 Redpoll sp flew over Robin and I, NE towards town. 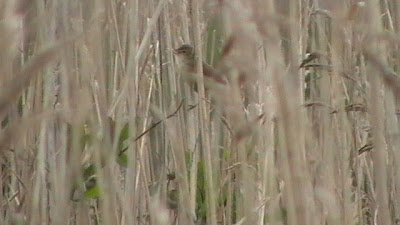 Reed Warbler singing at Porth Hellick
From 14.00 I had two hours off. However, the boss decided to take the wagon and left me with no option but to walk the Garrison. I flushed the HOOPOE at the Woolpack and ten minutes later, I saw it fly towards the main path that goes towards the Steval.
It was almost 16.00 and I had a taxi to do very shortly. I came out of the campsite and as I climbed the gate at the shooting range, for the second time, I put the HOOPOE up. I watched it fly into the near pines and while I was still standing on the gate, I started scanning where I thought it had gone. Immediately on looking, I could see that I had got a male GOLDEN ORIOLE, back on! Just to the left, lower down in the same tree and you could only just see it, because of the blinding sun and it being hidden behind a branch, was the bloody HOOPOE!! I could not believe what I was looking at and tried to get a shot of both birds together. I climbed down and hid behind a shed. From here I concentrated more on the oriole as it started to become more mobile and as I put my bins down to get my phone out, the HOOPOE had returned from the very spot where I had just flushed it and had no idea that I was there, until I moved. I too, I had no idea that it was there and as a result, it got up again and flew close into one of the pines. By now everyone knew about the oriole and were on there way up. Before they arrived, the Oriole started coming out into the open and started showing very well, (as you can see in the video). Joe was the first to arrive, but it had moved deeper into the pine and out of sight. When I put everyone on the area where the bird was, I had to go quickly and left them to it. This could be the earliest Golden Oriole to arrive on Scilly and followers the male that was seen a few days ago on Lundy. Later when I returned to work, I met Tony and he told me that he saw it briefly in flight and also that a lady staying at the campsite, said that she saw a yellow bird yesterday in the same area.
Not again, yesterday it was the Hoopoe at Deep Point and now the Oriole. 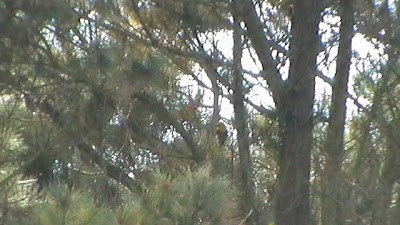 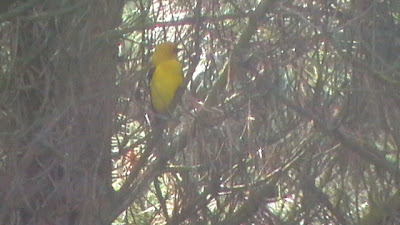 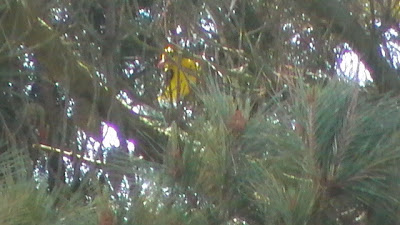 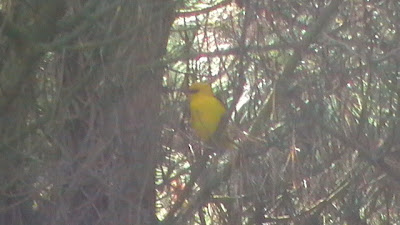 Male GOLEN ORIOLE in the open at the shooting range, Garrison
As I came from out of the house, I could hear a redpoll sp singing and found a Lesser Redpoll on the line above the drive way. A House Sparrow pushed it off and it flew over the road into Chases garden. Thinking Chas would be pleased to have a new species in his garden, I ran into his house to tell him. As I entered the living room, he was watching the semi-final on the TV. I immediately said 'Don't tell me the score, I'm going to watch Match of the Day tonight' 'It's not on BCC tonight, it's on ITV' his reply was. 'Oh, OK. Still don't tell me' I had one hand up, so I could not see the TV and almost told him to turn the volume down, so not to hear the commentator. I didn't and told him instead that there was a Lesser Redpoll in his garden, although it's probably gone by now, in the time that we had been arguing over whether the football was on BCC or ITV. He came back with 'Yes, I saw it this morning in the garden' Not again!


Up to an impressive 5 WOODCHAT SHRIKE were seen today on St Mary's and as the helicopter was nearly an hour late, I went to have a look at the female that Ritchie had found on the golf course this morning! Looking from the wagon in the car park, I picked it up on some pipping on the far side. Over the years I have seen 3 WOODCHAT while driving the wagon!  I also saw my boss playing golf right next to the shrike and walked over quickly to have a better view before he scared it away. 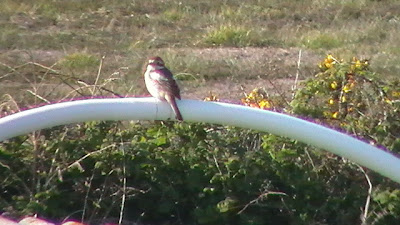 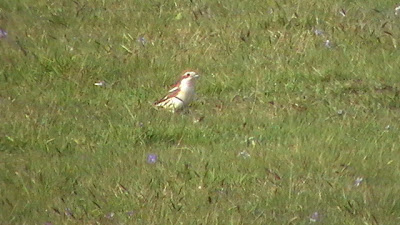 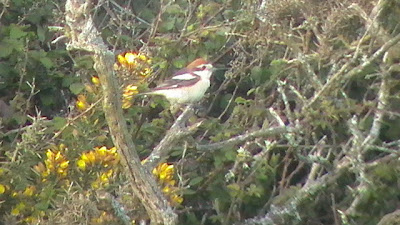 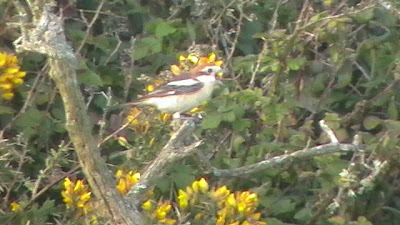 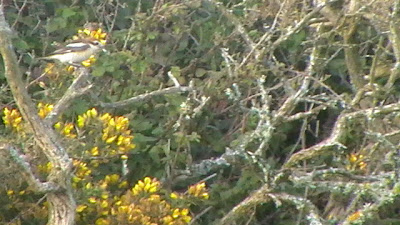 Female WOODCHAT SHRIKE at the golf course
After doing the last taxi, I went looking for Higgo's male WOODCHAT that he found yesterday at Deep Point. No probablem with this one as it sat up on the Gorse showing well. After this, I spent a lot of time trying to find the HOOPOE and female WOODCHAT that were also in the area, but there was no sign of the two birds. 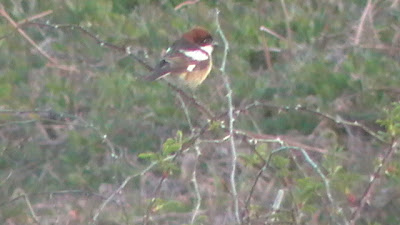 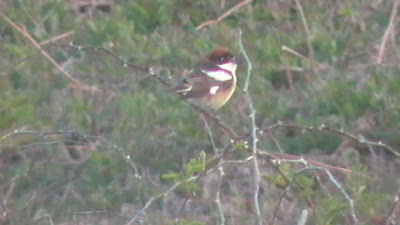 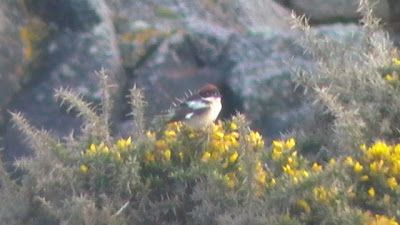 WOODCHAT number 2 was a male at Deep Point
This was followed by the male WOODCHAT at Giants Castle, but could I find the other male. I spent at least an hour in the area looking and kept on tripping up on the male that I first had when I arrived. 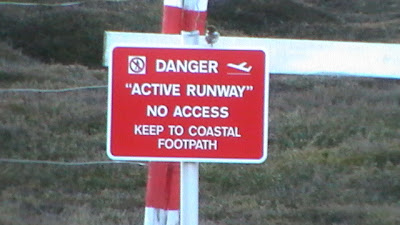 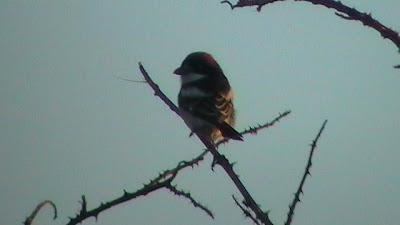 Another male WOODCHAT, this time at Giants Castle Down
A male GOLDEN O, HOOPOE, 3 WOODCHAT were all seen in the space of four hours! 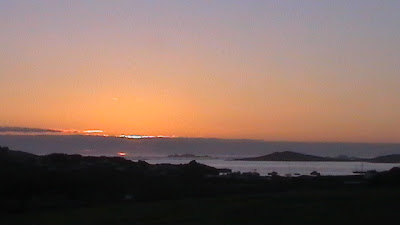 Sunset this evening looking over towards Samson