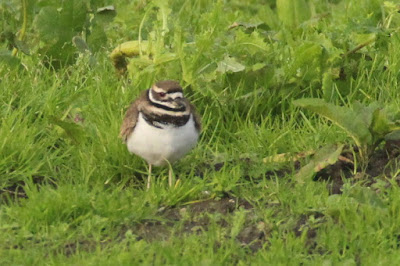 This afternoon at 13.30, I had an hour off from work and made my ways to Porthloo. There were some 30 large gulls in the far northern corner of the beach feeding on the surf at high tide. I could see that one of them was a lot darker on the underparts than the others. I thought that it's probably an adult Yellow-legged Gull but when it got up, I could see that it wasn't a YLG from the primary pattern which looked more like Caspian Gull.. However, as it approached me it appeared to be too dark on the wings and seemed to have red legs. The bill also came across too bright for a Caspian and as the bird came closer I started firing shots off at it. It performed really well at close range, on and off for a good twenty minutes but not good enough for me to see that it was an adult Caspian Gull! This is the one bird I've been looking for on Scilly and it was clearly staring at me in the face I just didn't see it. In the field the upperparts, legs and bill threw me and I thought that maybe it was a Caspian hybrid and let everyone know about it. It was Mashuq Ahmad who identified it as Caspian Gull when he saw the photographs, but it was too late as the gull had moved off at the same time as all the other gulls it was feeding with. I really hope it's relocated tomorrow so everyone can see it after me making a cock up!! 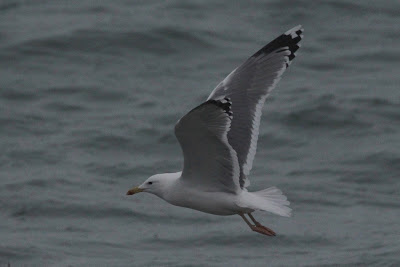 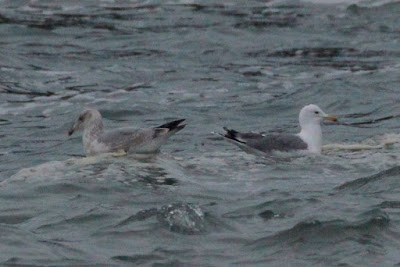 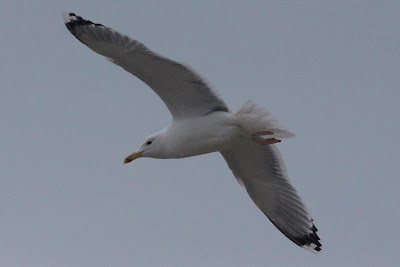 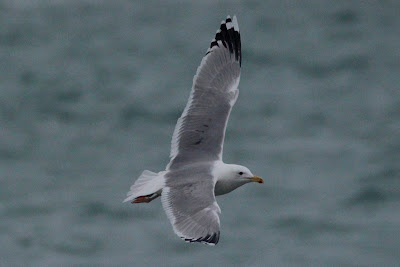 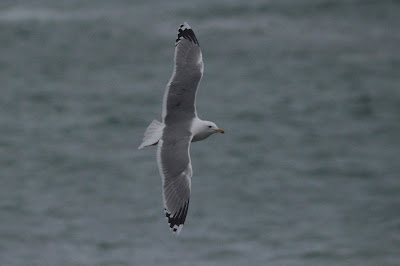 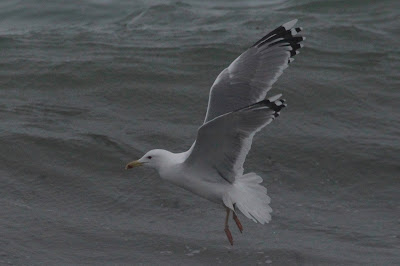 Only the third Caspian Gull for Scilly! The other two records were last year, Jamie Partridge found a 1st winter in October on St Agnes and two months later, Higgo had an adult on Tresco! It looks like Caspian Gull could become a regular visitor to Scilly. You can clear see it's a bloody Caspian Gull in these photos! 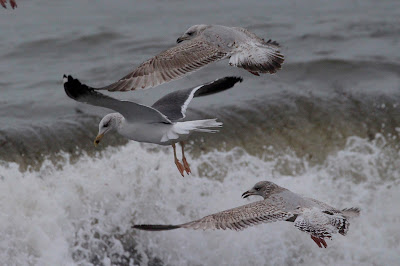 Yesterday afternoon I got a call from Rob Lambert 'Killdeer in field at bottom of Airport Lane!' Shite! I was in the process of carrying wine into the hotel. Higgo's reaction was like a little kid when I told him the news. I let everyone else know and ten minutes later, Rob, Lucy and I got out of me wagon and immediately saw the plover trying to force a large worm down it's throat in the chicken field at Parting Carn! I congratulated Mark who told me that he first saw it flying in and I thought it was a Ringed Plover on steroids!For the next half an hour, the side of the road became a car park briefly as more locals arrived. Because of the strong Westerly winds, No doubt the same winds the the Killdeer came on, there had only been one flight in holding only four people. Two of them were Andy Holden and Vicky Turner who were here to stay over the New Year period and the first bird they see almost off the plane, is the Killdeer!! By now the wind has died down and the second plane arrives that I have to go and meet the guest off. After this it was full on with taxis from the airport. An hour later, one of the guest whats to see the Killdeer on the way to the hotel. We arrive at the site to be told by 'Rocky' Robin and Mark that it has just flown. Later on it was flushed off the beach at Porth Minnick by a local walking his dog to never been seen again. 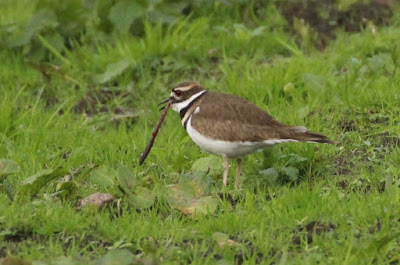 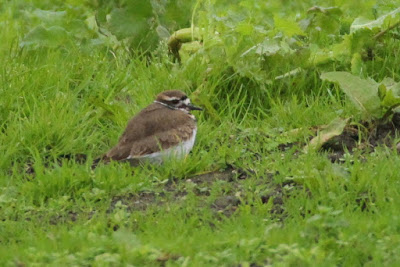 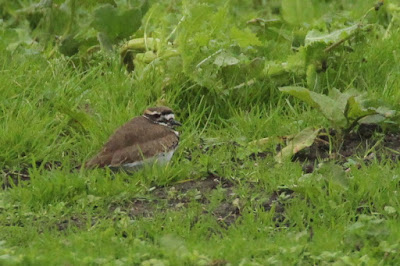 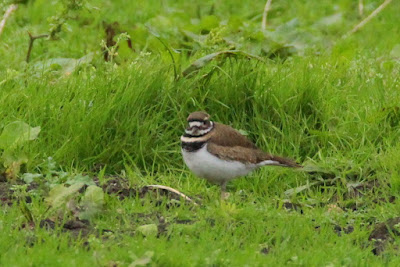 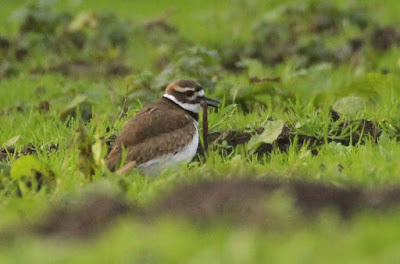 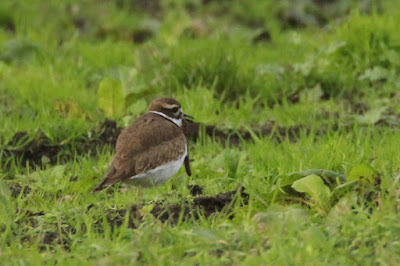 This is my third Killdeer for Scilly 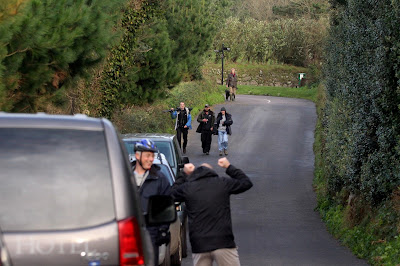 Rob Lambert celebrating in front of Andy Holden, 925 and Vicky Turner as they arrive in time to see the Killdeer with Bobby 'Dazzler' Dawson looking on!

The Deep Dark Woods are a Canadian alternative country band from Saskatoon, currently signed to Sugar Hill Records in the United States and Six Shooter Records in Canada.[1] First established in 2005, the band consisted of singer and guitarist Ryan Boldt, bass guitarist Chris Mason, guitarist Burke Barlow and drummer Lucas Goetz. Pianist and organist Geoff Hilhorst joined the group in 2009 after the release of their breakout album Winter Hours. Founding member Burke Barlow played guitar until 2012 when he left the group and was replaced by Clayton Linthicum. Founding Member Lucas Goetz left the group in late 2014, after which the band went on hiatus. In 2017 Chris Mason officially left the group.[2]
They have released five albums to date,[3] and contributed an original song, "Charlie's (Is Coming Down)", to CBC Radio 2's Great Canadian Song Quest in 2009.[2] Their fourth record, The Place I Left Behind, was released in Canada on Six Shooter Records in August 2011, and internationally on Sugar Hill Records on October 18, 2011. The band's fifth album, Jubilee was released on September 30, 2013 through Sugar Hill Records. The latest, Yarrow, was released on October 27, 2017.