The 1960 Peterbilt 281 tanker truck that was used in the movie, Duel

Arrived at San Jose Airport, Costa Rica, just before 22.00. Picked up the hired car and headed for the digs nearby at Hotel Cortez. After a nearly 20 hour trip from Heathrow, via Newark Airport, New York, we just wanted to get me heads down. Planned to make the 100 km drive north to La Furtuna and the following morning we left at 09.00. On Route 702, just outside San Ramos, behind me was a big Juggernaut right up my ass! it sounded like the truck out of Spielberg's amazing '71 movie, Duel. The actor, Dennis Weaver, plays a terrified mortorist stalked on the remote and lonely Californian desert roads, by an unseen driver of a mysterious tanker truck. Now, I was starting to feel like that terrified motorist. In fact, it was starting to feel as though I was in the film. It didn't just sound like the tanker truck, but it's front grill filled my rear-view mirror when I looked into it and therefore I couldn't see the driver. Just like Dennis experienced in the film. I put my foot down to get some distance from the damn thing, but that loud rattling roar as it changed gear round a bend and then to hear it escalate towards you, made my back cold! If you've seen the movie, then you will know where I'm coming from. If you haven't, then I recommend that you do. I've seen it three times! As a result of being tailgated for 10 minutes, where possible, I pulled over and turned into a drive way and listened to the sound of the scary truck continue 100 mile away down road. 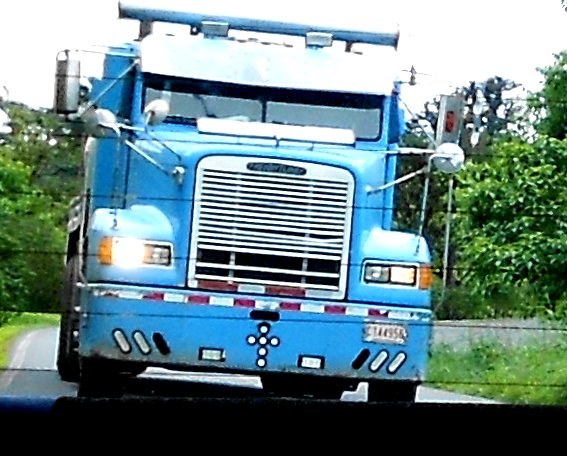 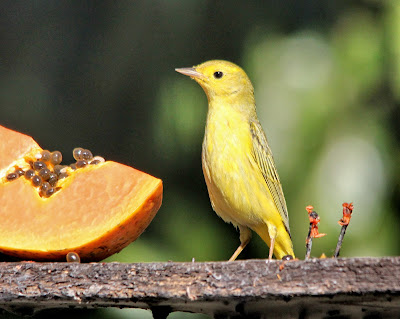 Yellow Warbler feeding in the tiny garden of the hotel

By chance, I just happened to pull into a Butterfly Farm and Hummingbird feeding area. As I needed a break, after the terrifying experience, it was a good idea to have a look around. There were maybe 30 hummingbirds of 8 species and all of them showed at very close range. The Butterfly Farm wasn't up to much, but I discovered on the grounds, that there was a walk into a rain forest and ventured inside. 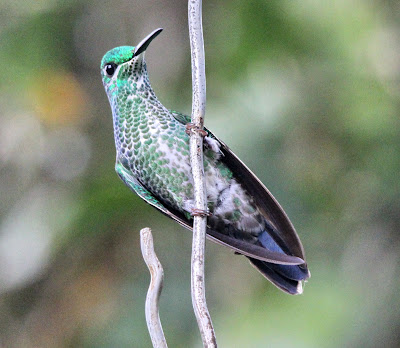 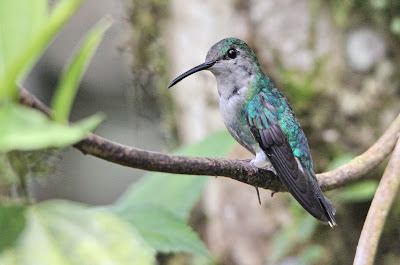 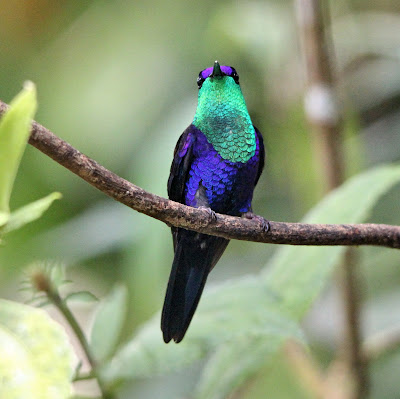 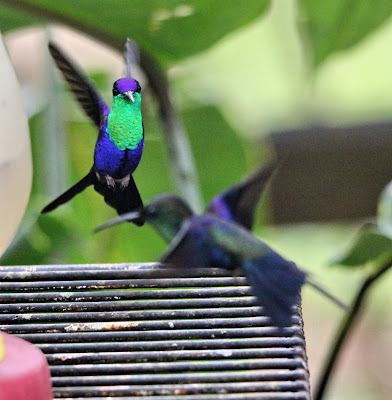 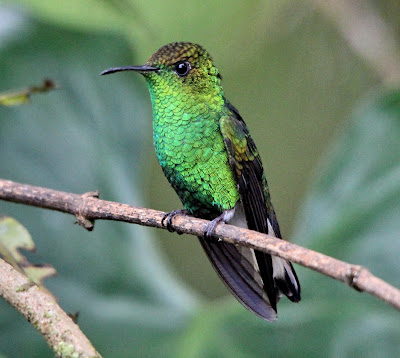 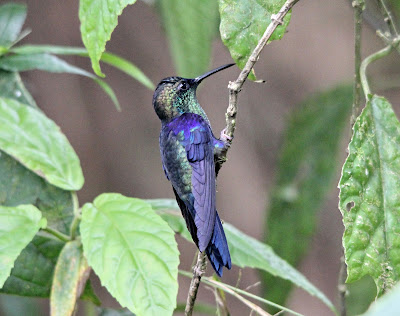 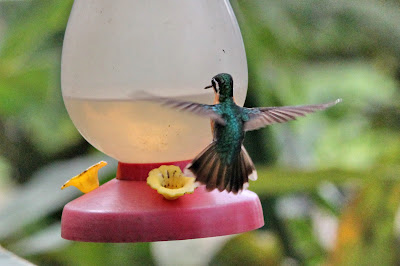 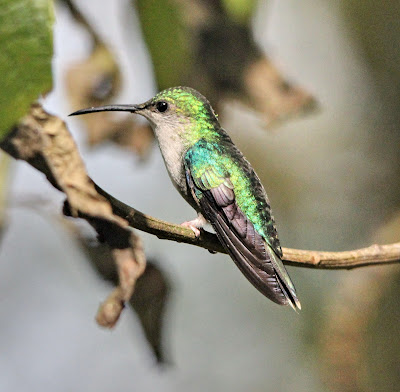 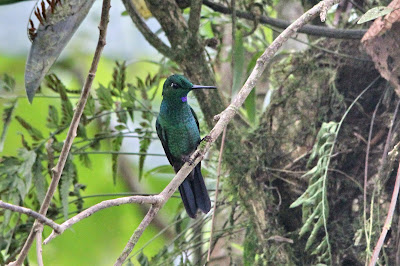 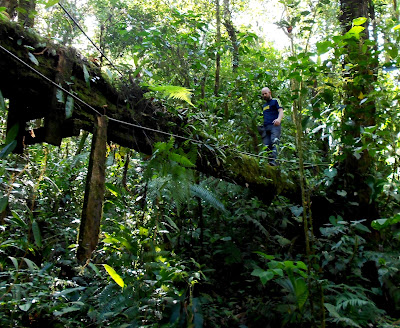 Walking across a giant fallen tree in the rainforest 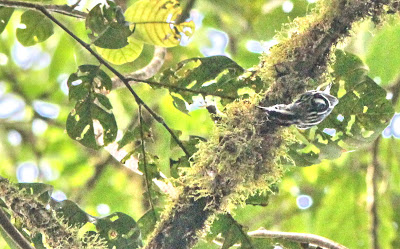 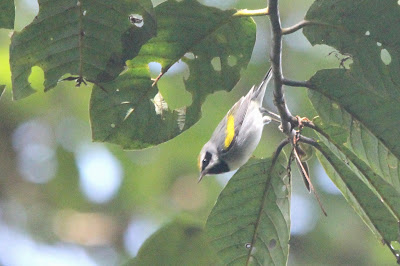 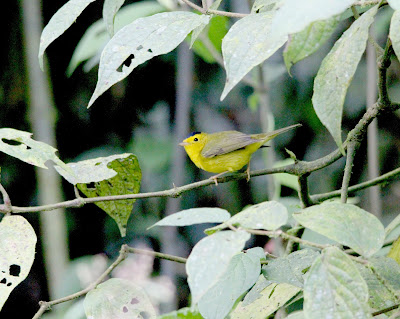 Black-white and Golden Winged Warbler high up in the canopy of the rain forest. While near the deck was this stunning Wilson's Warbler 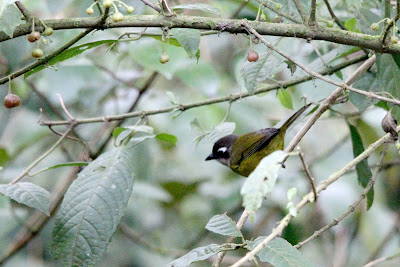 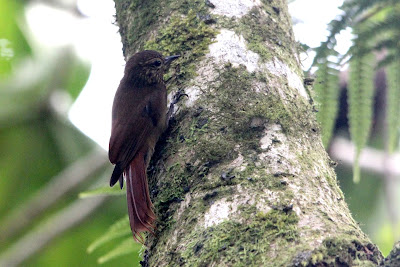 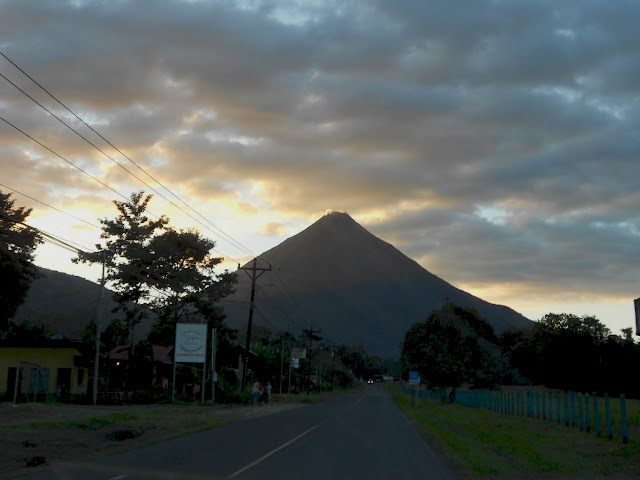 
Why can't modern movies be this﻿ good? The story is so simple, yet so ingenious! A big rusty truck chasing an innocent man through the desert! I've seen this thrilling movie three times!
Posted by scilly spider at 1/17/2013 02:03:00 am