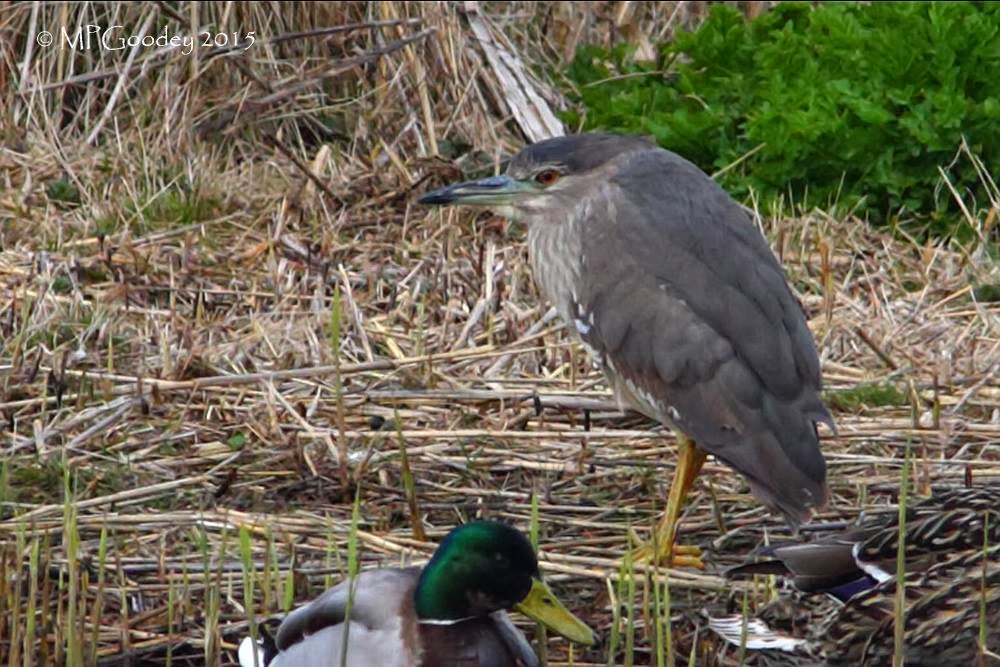 With the cold northerlies hitting the islands in the last week, it was kind of a surprise when Bob Dawson got a Night Heron flying over Old Town Church and landing in the dump clump area, (2nd). It was more of a surprise when birders gathered that evening at Lowers Moors to hopefully see the heron and watched 3 adults come in instead!
The following day I walked in search of  hoping to see one and found an adult briefly showing well in Sallows at the Dump clump. There was also an adult seen that afternoon at Porth Hellick and just before dark, Chris Ridguard, Martin, Higgo and myself, while looking at the female Garganey, observed an adult and a 1st summer calling, flying low across the pool and heading out to the bay to feed. Ten minutes later, another adult flew through on the same flight line. At the same time an adult was seen at Lower Moors. Later that evening, just after 22.00, Graham told me that he had one calling over his house on St Agnes.
This evening Ren and I observed an adult giving very good flight views on and off in an hour at Lower Moors. John Headon had 2 adults fly towards Porth Mellon from Lower Moors just before dark. While this was all going on, at Porth Hellick, 3 birds were seen to leave  their roost in Elms at Higher Moors. Earlier in the day, a 2nd summer and an adult were seen well at Porth Hellick.
So, how many are there? Were guessing that maybe 5 or 6, 4 adults and a 1st and 2nd summer and if you include Graham's bird on St Agnes, then maybe 7 Night Heron in total. However, I'm sure there are more to be discovered. How many are there on Tresco? Today the latter island held 2 male Green-winged Teal and the male Black Duck 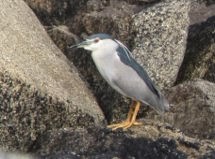 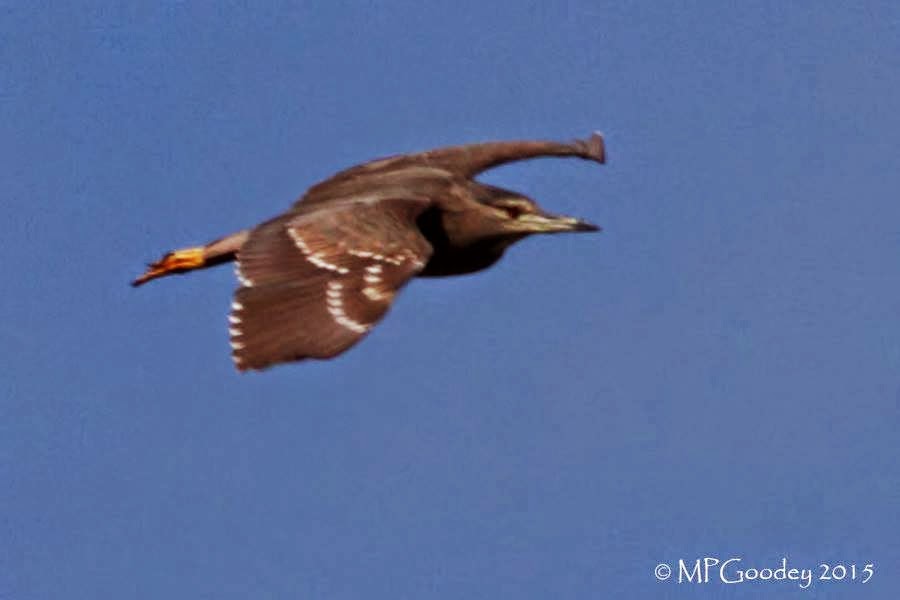 Dave Matthews Band (often abbreviated to DMB) is an American rock band that was formed in Charlottesville, Virginia in 1991. The founding members were singer-songwriter and guitarist Dave Matthews, bassist Stefan Lessard, drummer/backing vocalistCarter Beauford and saxophonist LeRoi Moore. Boyd Tinsley was added to the band as a violinist soon after the band was formed.
Posted by scilly spider at 4/04/2015 11:57:00 pm