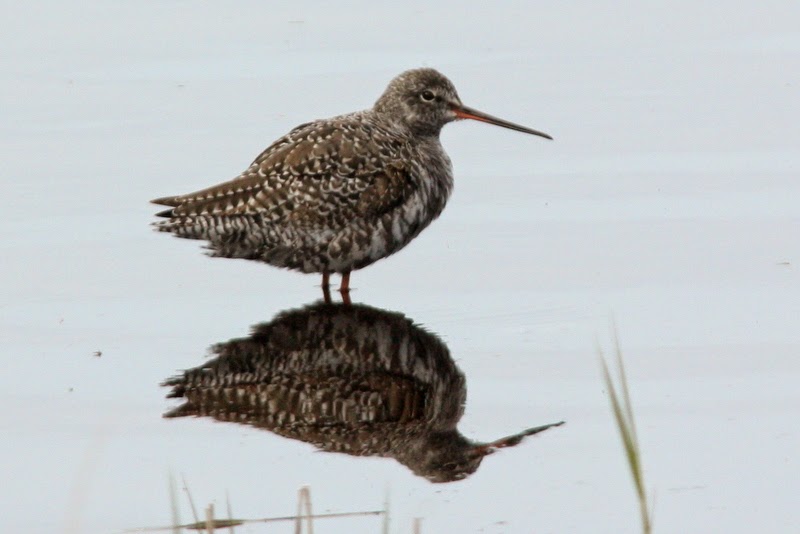 Got a surprise when this Spotted Redshank came into Porth Hellick

Started the day off with the Garrison Hoopoe and then went looking for my own with no success. At Lower Moors I got a male Reed Bunting, 30 Snipe and while Will scott was telling me on the mobile that he had just found another Hoopoe, this time at Mount Toddon, in the distance I could see the adult Night Heron flying over towards Hugh Town. There were also 3 Swallow and a single Redwing in the area. 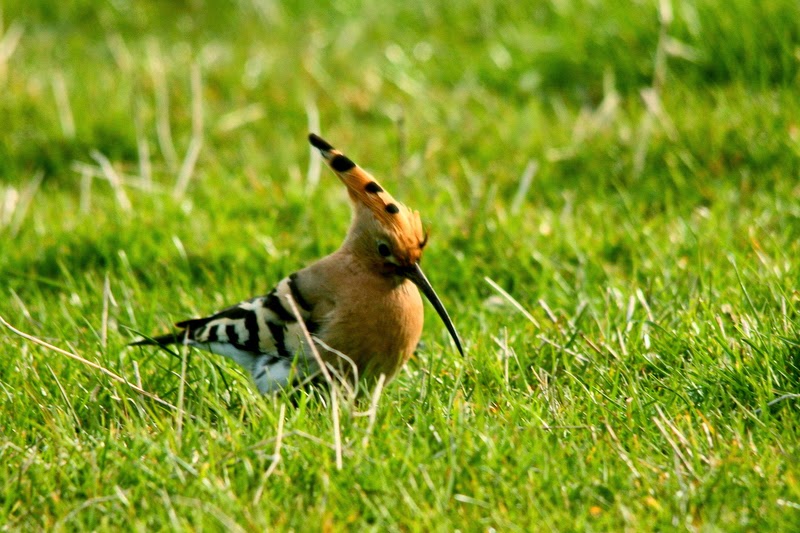 Couldn't find my own Hoopoe today, so had to make do with the Garrison individual again instead. 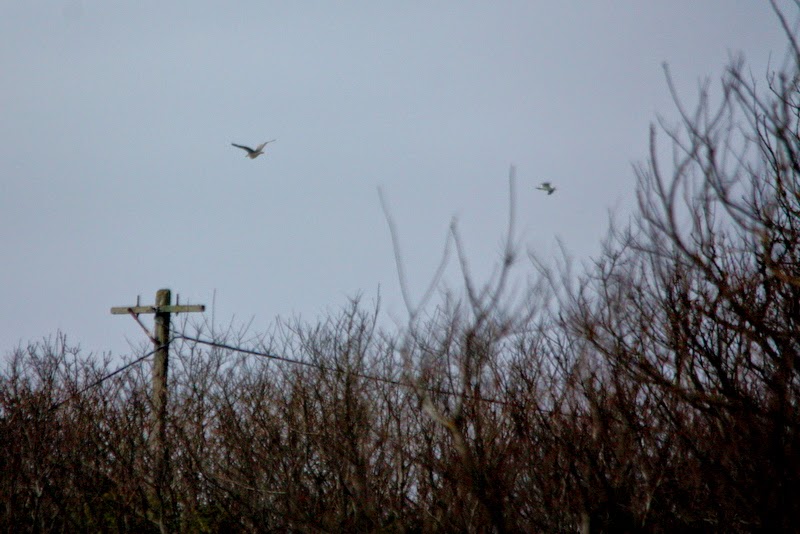 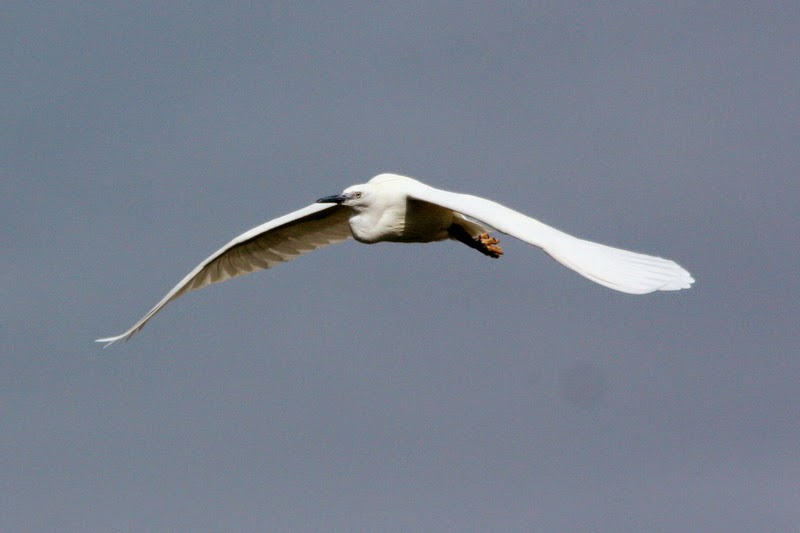 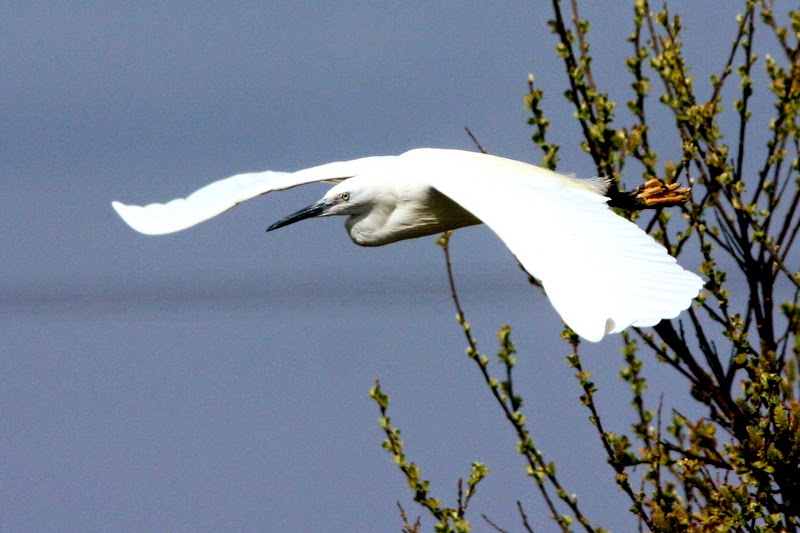 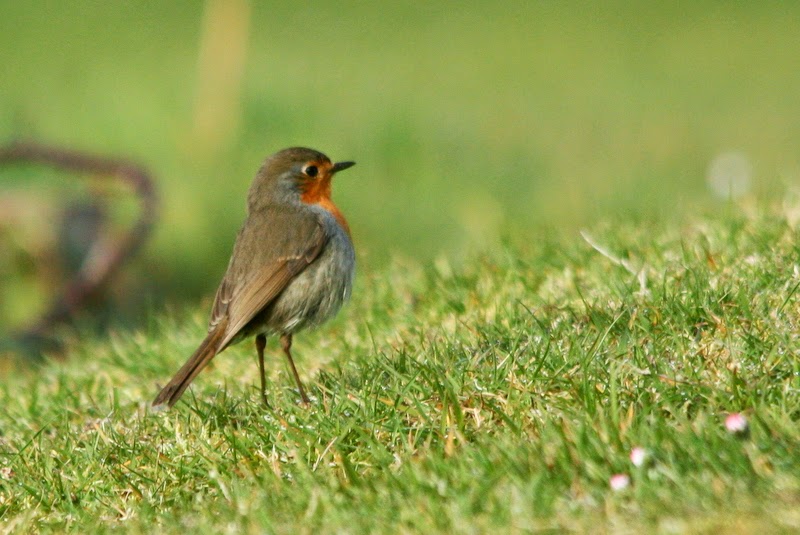 Only a handful of Continental Robin and Song thrush were seen

I walked all over the shop and a lot of the migrants had moved out. However, even in the strong SW, Will Scott observed 2 immature Spoonbill come in off the sea at Porth Hellick down. I entered the seaward hide and just leaving, talking on his mobile, was Chris Ridguard. I had only just stepped in when I shouted Spotted Redshank! I had not seen it, but I could hear it. The bird was very vocal and sounded as though it flew past to the left. Chris was still on the phone outside and I ran out telling him that I think it's landed in front of the Sussex Hide. He just carried on talking as I ran like the devil to find the bird having a wash infront of the Sussex Hide. I called everyone, but when some of them arrived, it was asleep. Not for long though and it had itchy feet, calling most of the time. You could see that it was ready to go. 45 minutes after it arrived, it flew off high NE towards Normandy where we lost it and as a result a lot of locals just missed out. On the airfield there were 6 Golden Plover and only 2 Skylark.
Robin tried Lower Moors out at dusk and got 2 Jack Snipe and 2 adult Night Heron flew out to Carn Leh. 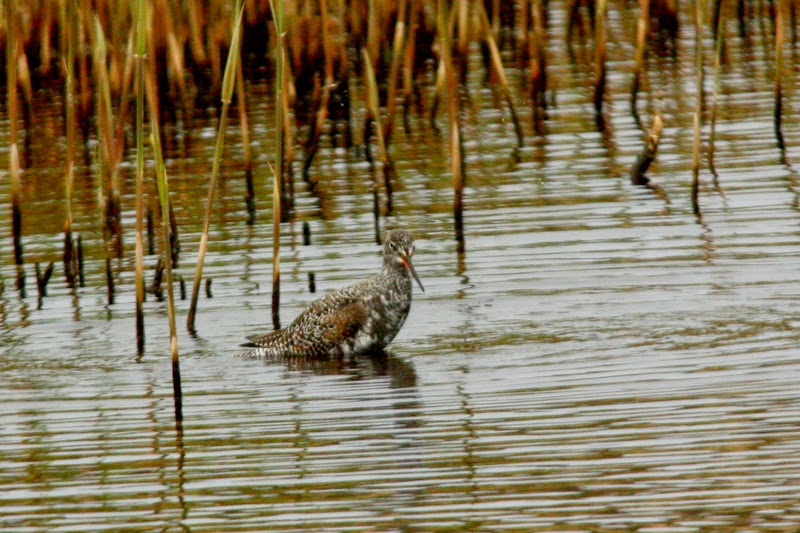 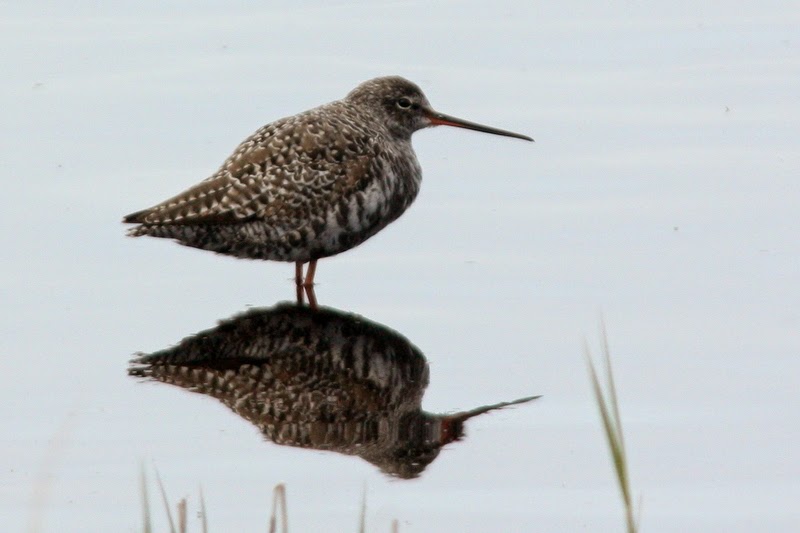 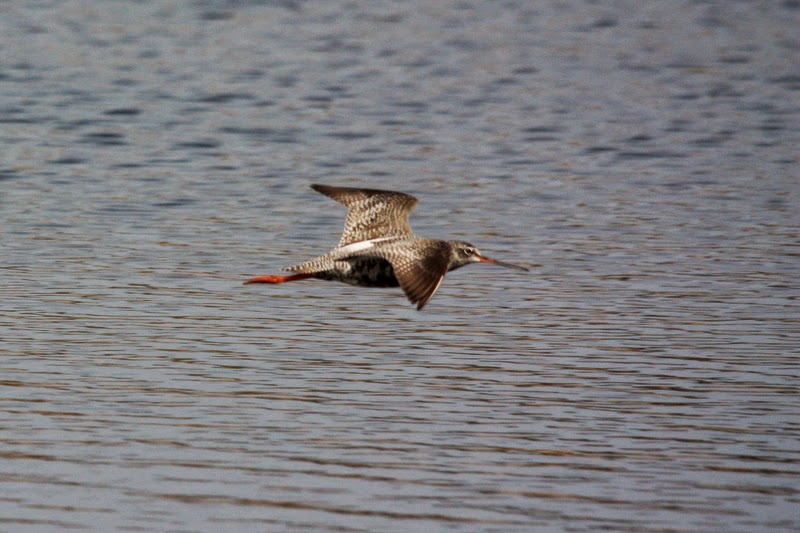 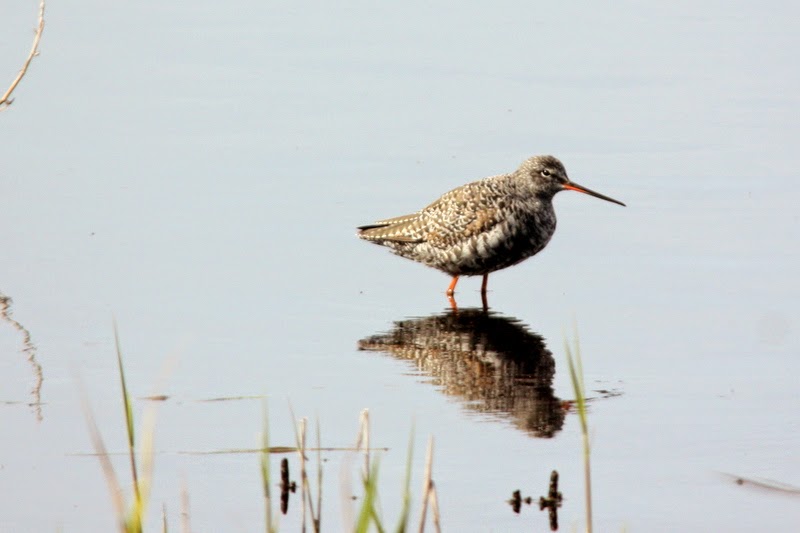 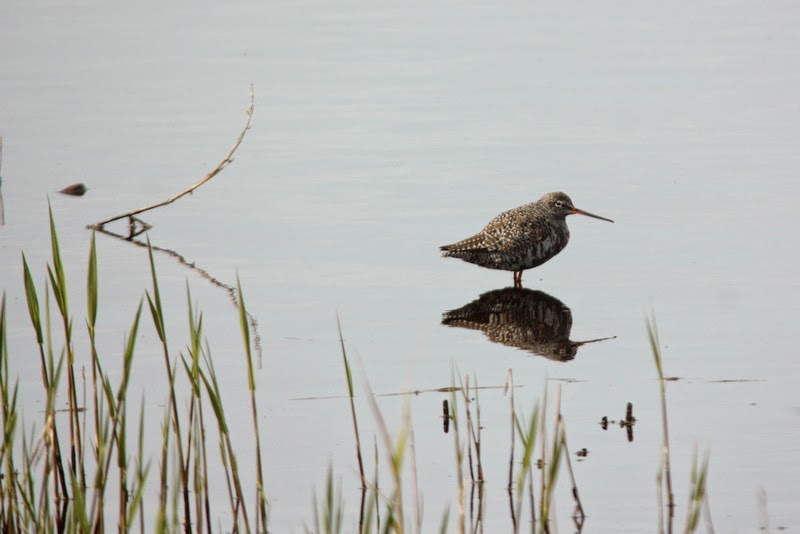 Before this Spotted Redshank, I had only seen 6 birds on Scilly. 3 at Porth Hellick and the rest at Tresco Great Pool, including 2 togather. 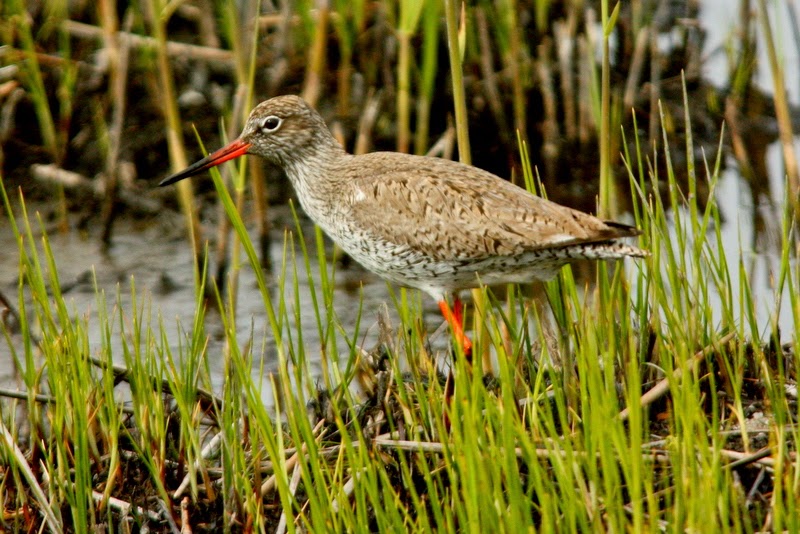 This Redshank was also on the pool 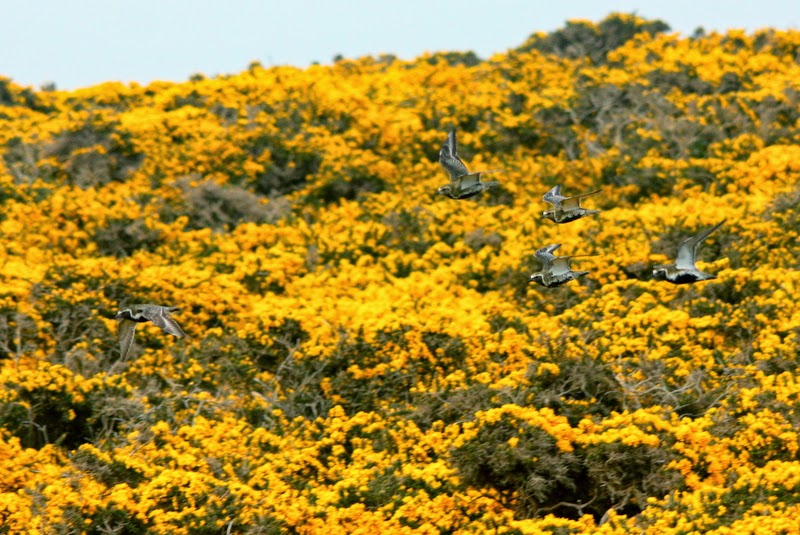 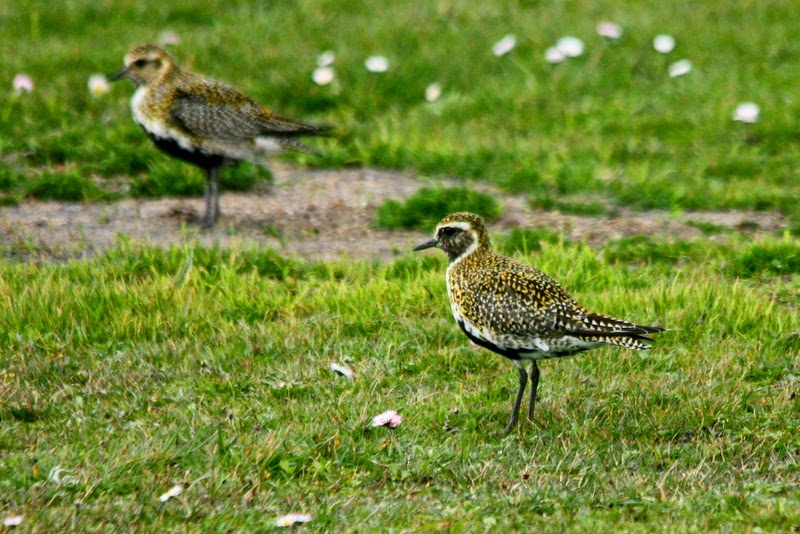 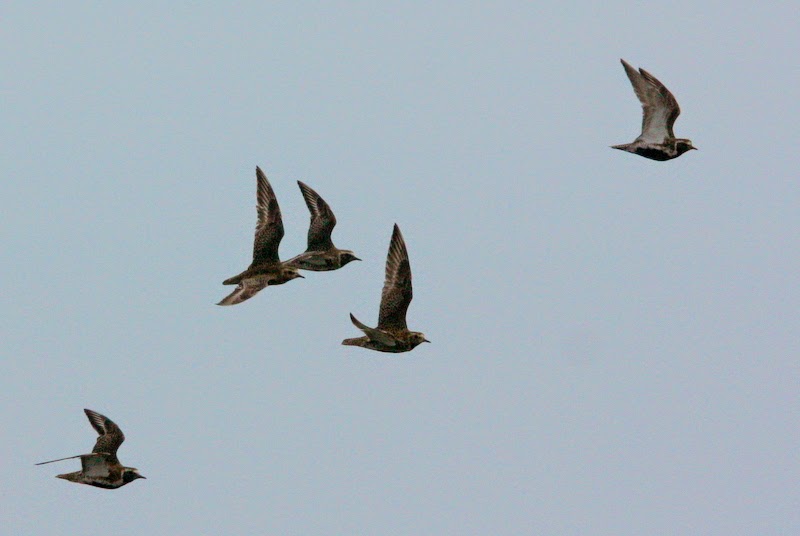 Up to 6 Golden Plover were at the airfield


I really enjoyed watching the Foo Fighters traveling all around the states and meeting singer songwriters associated with whatever city and recording a different song in each city. They were visiting in the documentary 'Sonic Highways' And this is where I first heard this song from. Dave Grohl says it was a musical map of America and to find the inspiration for the Foo Fighter next album. good stuff!
Posted by scilly spider at 4/12/2015 10:17:00 pm