Icterine Warbler on The Garrison 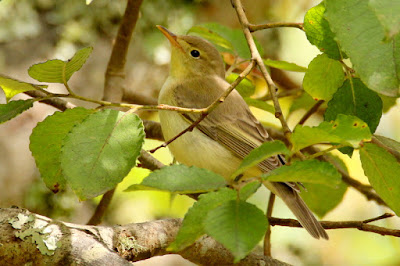 Everyone did connect with Chesney's Icterine Warbler in the campsite garden on The Garrison that he found four days ago. Today Chesney also found a Wryneck nearby at Morning Point and the Icky was still in the garden.

However, even though the Icterine Warbler was on my doorstep, because of work being non-stop, I didn't catch up with it until yesterday and that was only for ten minutes, because of work. Fortunately in that short time, it performed very well chasing the 2 Willow Warbler feeding in the same tree. I also had 5 Pied Flycatcher on the Dead Pine Walk just around the corner. 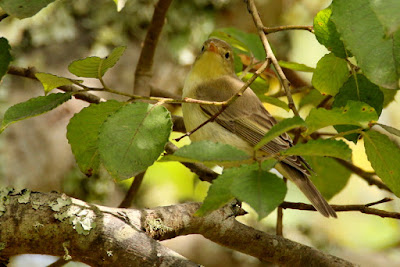 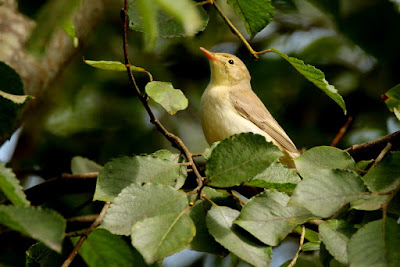 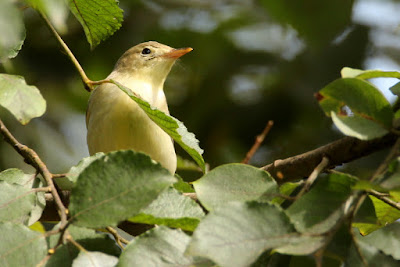 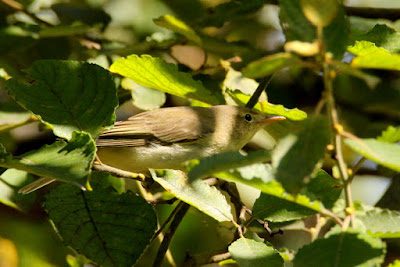 The Icterene Warbler eyeing up on a tasty morsel

Also yesterday from 18.00 I found myself seawatching off Deep Point in gale force SW. The first bird I picked up was a Cory's Shearwater and an hour later 31 Cory's, 1 Sooty and 1 Baleric Shearwater had passed west (The latter shearwater was only seen by Robin who joined me briefly) For the next hour I was called back to work and returned again and from 20.00-45 I observed another 30 Cory's Shearwater, including a line of 7 together, and 9 Manx Shearwater. Altogether 61 Cory's Shearwater moved through. 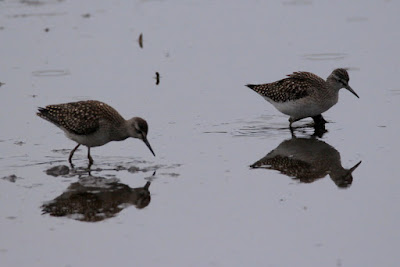 Before all this happened I made a brief visit to Porth Hellick and there were now 2 Wood Sandpiper but only 2 each of Common and Green Sandpiper. I also had a Hobby over Porthcressa which was later observed in other locations of St Mary's by other observers. 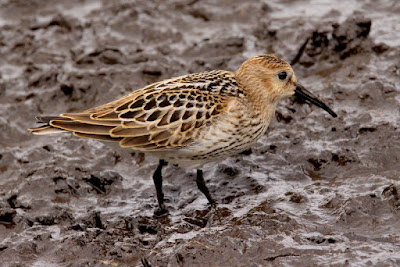 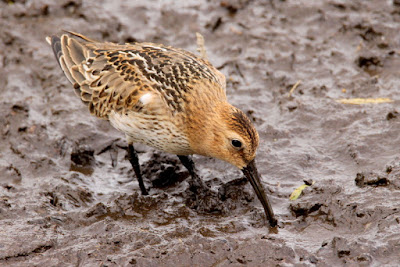 There are now 5 Dunlin at Porth Hellick 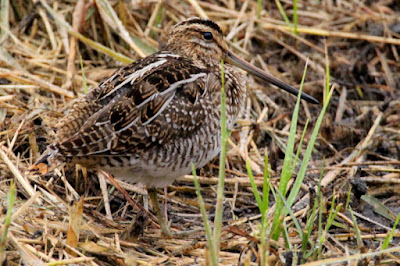 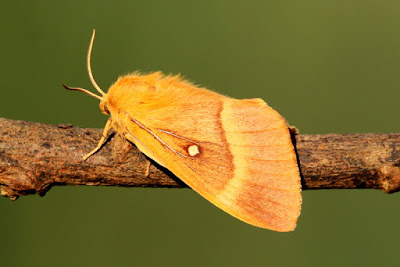 
On the 17th August Graham Gorden had a Melodious Warbler in the pines NE of the cricket pitch, St Agnes. Some ten minutes later he found the first Wryneck of the autumn in the Parsonage. Also, at least 8 Pied Flycatcher and a single Tree Pipt. He also picked out a new juvenile Yellow-legged Gull joining the individual from a few days ago.
The following day Viv Stratton had a Grasshopper Warbler at tennis courts, Garrison on St Mary's.