From Veterans Today WHO OWNS ISIS? 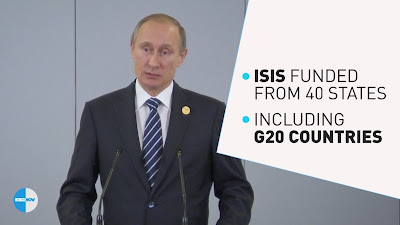 If your one of those people who opposed the bombing of Syria, then maybe you should read this article from Veterans Today. If you think that we are bombing ISIS to keep the UK safe, then think again! In November, Putin exposed 40 states that were funding IS. I can't remember seeing this on the BBC, can you? One of these states included a close allie of ours, Saudi Arabia, who recently did a massive arms deal wortht billions of dollars with us. Those weapons were used to bomb Yemen to kingdom come and also to fund ISIS. 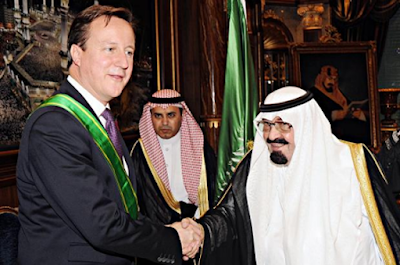 THIS JUST CAME TO LIGHT TODAY..

A member of the UK Parliament has been accused of playing a pivotal role in ISIL terrorists’ black market oil business.

According to some reports published on social networks, Nadhim Zahawi is involved in trading oil derived from ISIL-controlled fields in Iraq.

Reports say Nadhim Zahawi, the Conservative MP for Stratford-upon-Avon, has been buying crude at a very low price (between $12 to $30 per barrel) from ISIL terrorists and transporting it to Israel and European markets through Turkey and the Mediterranean Sea.

The Tory MP, who sat on an influential House of Commons Select Committee during the last parliament, has already been involved in the oil business with the Kurdistan Regional Government.

Born in Iraq to Kurdish parents, the Tory MP is believed to have significant influence in the region.

The allegations against Zahawi come against the backdrop of reports that ISIL terrorists sell oil through certain regional countries including Turkey and Iraq’s Kurdistan region.

Back in 2014, David Cohen, US Treasury under-secretary for terrorism and financial intelligence said middlemen from Turkey and Iraq’s Kurdistan region buy oil from ISIL terrorists.

Last year, in a briefing to the European Parliament Foreign Affairs Committee, EU Ambassador to Iraq Jana Sybase-love announced that some European countries have purchased crude from the ISIL.

Nadhim Zahawi has also been accused of showing support for illegal immigrants in the UK and was most outspoken about the "racism" he felt coming from UKIP.

Since 2011, we have been told repeatedly that Assad must go! This mantra has been echoing in the British Houses of Parliament and in the US congress for four years.
A failed colour revolution, an “Arab Spring,” with snipers shooting at both protesters and police to incite violence, did not succeed in overthrowing the duly elected Assad government in spite of Assad being painted as Hitler and a murderer of his own people in the Murdoch propaganda media.
The aim of the overthrow of Assad is to create a Sunni caliphate incorporating Turkey, Syria, Iraq, Jordan and Saudi Arabia with a greater Israel extending from the Sinai across to the Euphrates river.

By the middle of 2013, the so-called rebel forces were by and large defeated by the Syrian Armed Forces and the staged chemical attack blamed on Assad turned out to be the handiwork of the rebels. “Moderate” by White House standards. Children abducted from their families and gassed to death is “moderate.” The demand for a no fly zone similar to the one imposed on Libya was vetoed by Russia. Syria was not bombed by NATO as a result.
Then out of nowhere — in flashy Toyota trucks, with a fully-backed YouTube, Twitter and Internet presence, accompanied by fake beheading videos using stage sets and blue screen — ISIS hit the headlines.
But who owns and controls ISIS?
Pepe Escobar points out:
Daesh stolen oil can’t flow through Damascus-controlled territory. Can’t flow though Shiite-dominated Iraq. Can’t go east to Iran. It’s Turkey or nothing. Turkey is the easternmost arm of NATO. The US and NATO “support” Turkey. So a case can be made that the US and NATO ultimately support Daesh. What’s certain is that illegal Daesh oil and illegal KRG oil fit the same pattern; energy interests by the usual suspects playing a very long game.
What these interests are focused on is to control every possible oil asset in Iraqi Kurdistan and then in “liberated” Syria. It’s crucial to know that Tony “Deepwater Horizon” Hayward is running Genel, whose top priority is to control oil fields that were first stolen from Baghdad, and will eventually be stolen from the Iraqi Kurds.
Let’s start with Tony Haywood, of ex-BP Deepwater Horizon fame, whose company Vallares merged with the Turkish oil firm Genel Energy to create a $4.5 billion company with operations in northern Iraq. The same area where we find ISIS operating.
Genel in turn has a registered office in Jersey and headquarters in Ankara Turkey. You know… that country that is buying all that stolen illegal Iraqi and Syrian oil from ISIS? Those involved in Genel are Nat Rothschild, Julian Metherell, Mehmet Emin Karamehmet and Mehmet Sepil.

Which brings us to the Golan Heights.

announced that major oil deposits have been found there. Resolution 242 whereby they are to hand back the Golan Heights to Syria has slipped their minds.
The company involved is one Genie Energy, who has a registered office in Newark, New Jersey, and interested parties are Howard Jonas; Avi Goldin; Geoffrey Rochwarger; Effie Eitam; Dick Cheney (former vice president); Rupert Murdoch (the owner of American news); James Woolsey (former CIA director); Larry Summers (former head of the US Treasury); Jacob Rothschild; Michael Steinhardt (an American hedge fund manager and philanthropist to Jewish causes).
Anyone familiar with the truth behind the 9/11 attacks and who was really behind it, will recognize a number of names of the people involved in Genel.
Israel in turn buys 75% Iraq and Kurdish oil from Turkey. Who from? Genel? Or ISIS? Or Erdogan fronting for Genel and buying from ISIS? Israel has also bombed Syria on a number of occasions.

The BIG question everyone has been asking since Russia started bombing ISIS in Syria is the following:

After 350,000 Syrians have died and 11 million have been displaced, Sunni AND Shiite Muslims as well as Orthodox Christians, what exactly have the Americans been doing to fight ISIS in the last four years?
Answer: Nothing.

Under the guise of supporting “moderate rebels” to overthrow Assad — you know those guys who gas little children to death, chop people’s heads off and eat the liver of their victims — the Americans have, if anything, been assisting ISIS, including the CIA who trained them in Jordan, extremist Wahhabi sects supplied by Saudi Arabia, Qatar and other Muslim brotherhood cells around the world.
Anyone would think that Genel and Genie, both British and American interests would have been supporting all efforts to end the reign of terror by ISIS in Syria. But this has not been the case. Not one word from any of these individuals has hit the hegemonic Murdoch Media press. Only the Assad must go mantra!
On Monday the 16th of November, President Putin presented to the G20 a list of 40 countries and individuals who have been either directly or indirectly supporting ISIS.
On the 30th November to the absolute shock of the world, the Russian intelligence agency produced satellite images of the thousands of oil trucks transporting stolen oil from Iraq and Syria into Turkey. The scale of the operation is mind-blowing.
And still no word from anyone at Genel or Genie?
At the same time keep two more items of information on your screen. Gordon Duff from Veterans Today points out:
For months, brokers working with, we are told Bechtel Corporation and British Petroleum, bought up a veritable sea of surplus tanker trucks across America. Look at the highways, you can’t say you don’t notice. Driven onto ships at the Port of Houston, they traveled east where they are now being destroyed by Russian bombers, trucks that used to ply America’s interstate highway system.
During November a two-mile long back up of oil tankers was seen off the coast of Texas. Over 20 million barrels of oil were waiting to offload. More than 41 tankers were anchored off ports in Houston.

Houston? According to Veterans today, that is where the ISIS oil trucks transporting stolen oil from Syria and Iraq came from in the first place! My, it is a small world isn’t it?
In the meantime their front man Erdogan is being thrown under the bus. In fact not only is Erdogan being thrown out to the crocodiles by the wolves, but both Saudi Arabia and Turkey are going to be left holding the can for the holocaust that has taken place in Syria and the total destruction of their infrastructure as well as the rape of their antiquities and ancient sites like Palmyra.
According to the “whistleblower” General Wesley Clark, or should we rather call him our main CYA man from the Pentagon:

Really? And who trained them? Who has supplied the oil trucks? Who is buying the stolen oil from Ankara and shipping it to Israel and Texas? Who has been running a major propaganda campaign in the media against Assad? Is this all really about a pipeline going from Qatar through Syria and into Turkey or is it about something else?
Other than vested interests in Saudi Arabia, Qatar and Turkey, who owns ISIS? I think we all know the answer to that question. The Genel Genie is out of the bottle!

Katherine Frisk is a freelance writer, political commentator and author of Jesus Was A Palestinian. 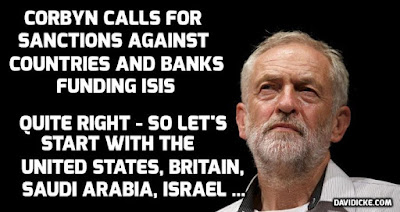 States and financial institutions suspected of managing or providing funds to Islamic State (IS, formerly ISIS/ISIL) should have sanctions placed on them, Labour Party leader Jeremy Corbyn told MPs.
Speaking to the House of Commons, the Labour leader urged Parliament to take more action to clamp down on institutions which provide “vital infrastructure” to the terror group in Syria and Iraq.
Corbyn said one of the main ways to stop IS from functioning is to cut off its resources, suggesting the EU would also need to play a part in suffocating the organization.’